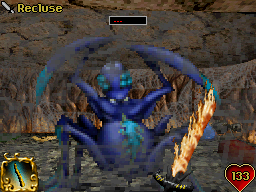 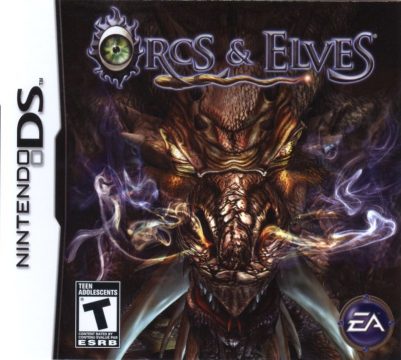 Hey! Did you know that in the FAR OFF YEAR 2000 John Carmack and his wife, Katherine Anna Kang, founded a rocket company and did actual rocket science with rockets? And then they started making little phone java RPGs in 2005 after John helped make DOOM 3? How are these real people. Anyways, after they created the foundation with the charming DOOM RPG, the two later used that and made an original fantasy game called Orcs & Elves, decided to remake the game on the Nintendo DS a year later, and then created a mobile only sequel. 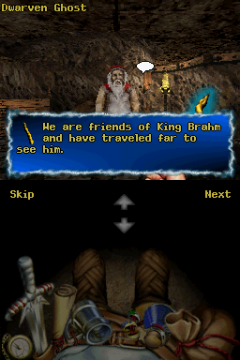 These little first person RPGs are unique particularly because they’re projects Carmack was heavily involved with in their design, something he hasn’t done for a game since the very early days of id Software. He’s normally doing background tech stuff, so having games with his clear creative stamp, made with his wife no less, is one of the few examples we have of his creative input. Orcs & Elves certainly feels like something he’d make too. It’s a fairly generic experience with very stock fantasy writing and world building (though with a humorous bent) that has a ton of polish in the game design proper, with a smooth difficulty curve. It’s not much for memorable set-pieces or storytelling, but as a game on the most base levels, it’s a great time.

The story is simple but does what it needs to. You are an elf warrior named Elli, the son of a famed adventurer named Eol, and armed with a sentient and talking wand named Ellon. He acts as the mediator between NPCs and the silent Elli, and has a snarky tongue to boot. The two have arrived at the dwarven mountain city of Zharrkarag, only to find it invaded by orcs. The two have to explore the mountain and figure out what’s gone wrong and set things right, which involves making monsters gib by hitting them with your sword. 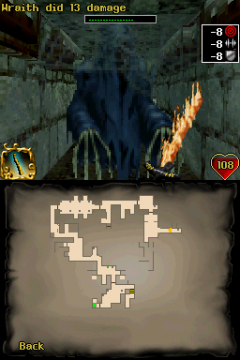 This feels like a lot of id Software franchises, generic but with its own unique flavor. The major difference here is that the flavor isn’t in creating a mood through level design, but through a mixture of writing and mechanics. Orcs & Elves doesn’t take itself too seriously, and that’s well to its benefit. The fantasy yarn is often made more lively with fun bits like your wand being kidnapped by a cowardly rat, or arguing with drunken dwarf ghosts and having to get drunk yourself to make progress. There’s a sense of humor here refined from the more sparse DOOM RPG, which helps remind just how artificial and gamey this all is in an amusing way.

The gameplay proper works like classic first person dungeon crawlers, with a turn passing with every move you make. Turning is a free action, but moving, attack, or using an item costs a turn and allows enemies on the map to move. Combat is generally pretty quick, especially when you figure out different enemies are more vulnerable to certain weapons and spells. You start with a basic sword and your magic wand’s projectiles, and get other toys like a bow and arrow and a close range magical flamethrower. The elemental system is downplayed, but does play a role at times, especially against those big blob men later on. 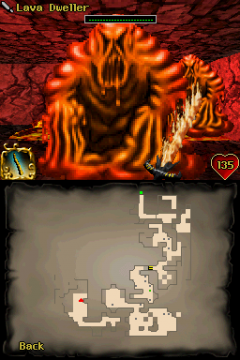 The key to success is remembering to repair your armor from time to time, easy enough as the game tends to lay a repair kit out at a natural point your armor would be worn down, and using potions. These litter the maps, and they offer a mess of stat buffs and special effects that you’d expect from any good RPG. You often have enough tools to survive, but there are some massive monster rooms that will require you to learn to make the most of these buffs to take out your foes quickly. You also need to be aware of the map, where the walls are and where it’s safe to move. Sometimes, a limited hallway is a breath of fresh air to stop yourself from getting attacked at all sides.

The DS version is vastly superior in this regard. The bottom screen is now used to simplify the menus from the original game, and you can have a full display of the dungeon map at all times as well. This does make secret hunting trivial, though, as you usually get a little line showing a room outline to signify you’re near one, and now that the map can always be out, you can easily spot these treasure troves. The DS version also adds a new segment in the dragon’s den with its own fun challenge, giving the game some more meat it needed quite a bit. 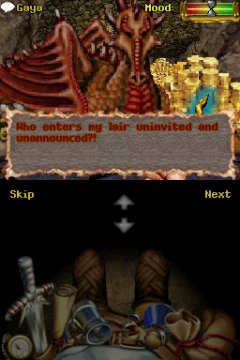 The aforementioned dragon is also your shop, where you can cash in boss gems for new weapons and tools, and also spend gold for a variety of upgrades and supplies. What’s interesting is that the dragon has a mood meter. This decides how much leeway you can get haggling, and you can maximize this meter by purchasing right after giving a new boss gem, as it improves the dragon’s mood. It’s a neat little addition, though not exactly game changing. 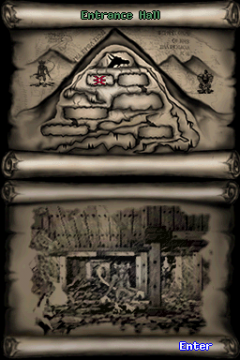 That’s Orcs & Elves in a nutshell. It does a lot of things but doesn’t shakeup the foundation too much. There’s also not that big a difficulty curve to deal with, it’s a breezy time the majority of the way. It fits in well with a lot of this era of id Software for that, but this is also a benefit here. Orcs & Elves is supposed to be a simple pick up and play sort of game, and it succeeds in that regard. It can even be very engaging for long stretches, due to how well paced the campaign is and how many things there are to do. You even get rewarded with bonus XP for clearing maps of monsters or finding all the secrets within them. Where id Software’s larger games around this time had a habit of suffering from this hollow feel to their campaigns, Orcs & Elves finds a great balance between being engaging and easy to pick up, a solid balance for serious and casual players. 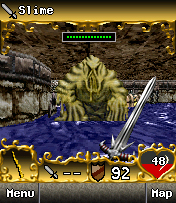 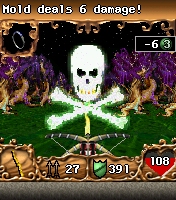 It’s recommended to play the DS version, not just for the additional content and general life improvements, but for graphical improvements. The monsters and characters are still sprites, but the environments are now rendered in 3D and have a more pronounced atmosphere of ruin to them. It fits the game better overall. If you want to play the sequel, good luck. It remained mobile only, and promised iOS and Android ports never got finished. If you’re willing to look, though, you can emulate the original game. The sequel is pretty much more of the same, but that’s certainly not a bad thing.

Stonekeep: Bones of the Ancestors