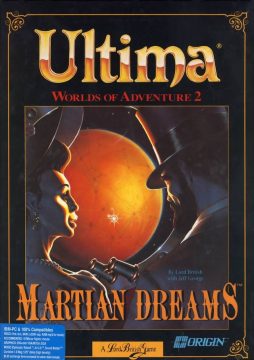 If The Savage Empire is a long love-letter to Victorian-era adventure novels, then Martian Dreams is a long love-letter to Victorian-era sci-fi, with the added twist of including actual victorian-era people in the mix – on Mars. Fighting alien mastermind Rasputin with the aid of the Machinemensch of Fritz Lang’s Metropolis. If you’ve ever dreamed about taking a space-traveling locomotive to the Red Planet while being analyzed by Sigmund Freud, you’re in luck. 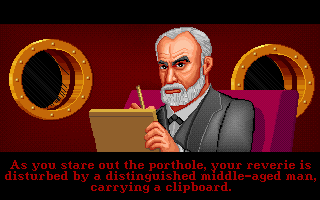 You receive a visit in the middle of the night from Dr. Spector, claiming that you had asked him to visit, though you have no memory of such a thing. Before either of you can sort the confusion out, you’re both met by a redheaded woman carrying a book written by Dr. Spector that he does not remember writing, offering the secret of time-travel with the Orb of the Moons. Using the information in the book, you discover a lost laboratory of Nikola Tesla, and use it to travel back to 1895 and meet the man himself along with Dr. Freud in Tesla’s laboratory of the past. Quite quickly the Avatar and a team consisting of Dr. Spector, Dr. Freud, Tesla, journalist Nellie Bly and others are on an expedition to discover what happened to the people who participated in Percival Lowell’s experiment at the 1893 Columbian Exposition. The inventor here had proposed a Mission to Mars using a Space Cannon of his design, but the demonstration had struck disaster when it fired a day early, trapping the leaders of the Victorian era in parts unknown. 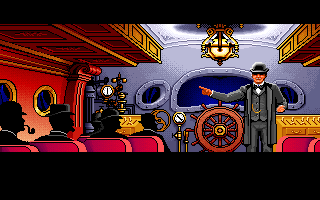 The Avatar therefore proceeds to rescue them from exile on the Red Planet, discovering the remains of an ancient Martian civilization and halting the vile plans of Russian mystic and legendary con artist Rasputin while interacting with the likes of Emma Goldman, Calamity Jane, George Washington Carver, H.G. Wells, Marie Curie, Vladimir Lenin, Mark Twain, Theodore Roosevelt, and most importantly: Smith the Horse! Most beloved Companion of them all! You’ll rescue plant people, retrieve Wyatt Earp from dream-induced exile, have a rematch with the Shadowlords of Ultima V, and gun down world-conquering maniacs with an M60 machine gun. All that’s missing is John Carter showing up to help rescue a princess. 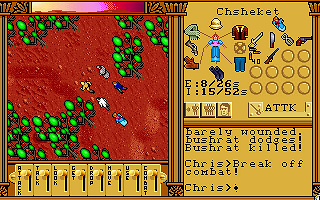 Is this the greatest RPG ever written? Very likely.

Nowadays one would call this sort of thing “steampunk”, although the tearm wasn’t as widespread when the game was released. The development history and technical aspects of Martian Dreams are essentially the same as for The Savage Empire. It uses the Ultima VI engine, so the game plays the same as The Savage Empire and The False Prophet. The Origin-FX system is used again for cutscenes in Martian Dreams, though with a specially edited intro movie of the Red Planet instead of Earth. It was only ever released for IBM PCs, and no other known ports exist. Notable members of the development team include dialogue writer Raymond Benson, who would later become the official James Bond novelist for United Artists, Amanda Dee, co-creator with ex-Origin dev David “Dr. Cat” Shapiro of the MMOG Furcadia, legendary composer George “The Fat Man” Sanger on music, Ultima VI primary coder Herman Miller and project director Dallas Snell, who would go on to work on the main Ultima and Wing Commander series until leaving Origin in 1996, eventually rejoining with Garriott to work on Tabula Rasa. 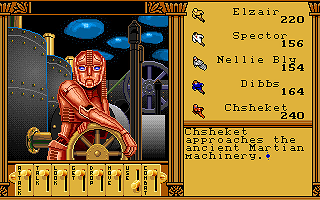