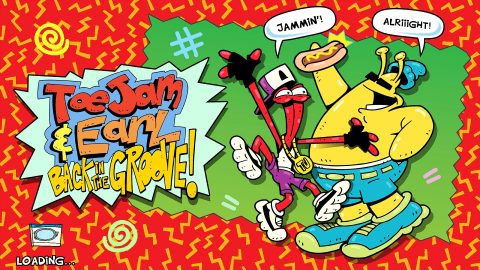 There was a time, in the distant past, when the idea of an “action roguelike” seemed like an idea that had remained sadly neglected. Over the years, however, the proverbial monkey’s paw has curled for those who wanted to see more of such a concept. Nowadays, the words “roguelike elements” is just as likely to elicit groans from people as buzzwords like “crafting” and “Soulslike”. In this strange new era, where just about every genre of action game seemed to want their shot, one would have to wonder if there still existed a place for the original action roguelike. Thankfully, Back in the Groove is just as unique amongst its peers as it was back in 1991, and makes for an even better game than it ever was on Genesis.

Toejam & Earl have gone on another joyride to Earth, joined by Latisha (returning from the third game) and new friend Lewanda. When Earl ends up pushing the wrong button in their ship, it creates a black hole, splitting Earth into 25 floating chunks and scattering the pieces of their ship far and wide. Your goal once again is to climb your way to the top of the floating islands and collect the ten missing spaceship pieces. Of course, you’ll have to evade a horde of hostile Earthlings on your way to the top, using whatever equipment you can scavenge to keep yourself safe. While previous games are alluded to at times, the core concepts are so similar that one could consider Back in the Groove a remake of sorts to the original game. 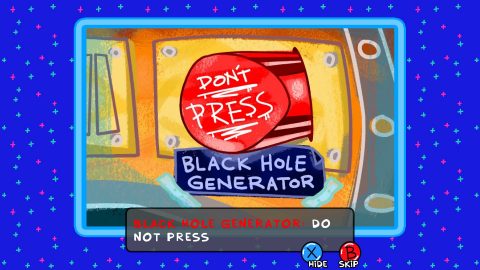 Indeed, if you’re familiar with the original game, you’ve already got a rather large head start on learning the game’s mechanics. The core loop still applies; wander the 25 islands, collect presents, avoid hostile Earthlings, and find the scattered ship pieces that appear every few levels. More than anything, the game expands on that core concept and smoothes it out where it needed it most. Most of the ideas found are things the Genesis could be perfectly capable of doing in a hypothetical sequel to the original concept. Given how unique the concept stood on its own, however, a little smoothing and expanding was all it really needed.

The biggest departure is that you can now team up with three other aliens on your quest to repair your rocketship. To support this, the game features a roster of nine different characters, with three needing to be unlocked through successful runs. Each of them has their own set of RPG-like stats that can be upgraded, such as their inventory size, or a luck stat that can, among other things, save you from a lethal hit. Each character also has a unique trait, such as Earl having the ability to gain health from rotten food, for example, while Lewanda never has to spend money to activate the coin meters you’ll find all across the environment. The co-op is where the game really shines, as each of the four players can wander off on their own. It helps to speed the search for the missing pieces immensely, with the screen splitting to give all players the freedom to do what they want. 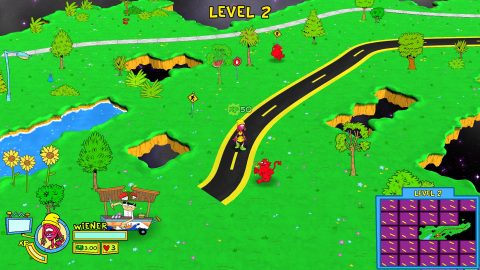 The maps are generally smaller and far more dense with things to avoid and interact with, which gives the game a much faster pacing than the original game ever offered. One particular change are objects like trees and houses that can be shaken, with a new “search” button showing you anything nearby containing something within. These objects might contain food or money, but it’s just as likely they’ll contain a hostile Earthling or a bowling ball that might fall onto somebody’s head. (Not necessarily your own, which can be useful in a dangerous situation.) It’s a small change, but it dramatically improves the general pacing of the game.

There’s far more things to interact with in general hidden all over the map in general. Coin meters and buttons can be interacted with, spawning in things that may or may not be helpful. Funkotron natives occasionally make an appearance, offering the chance to play a simple rhythm game for a chance at prizes. Hidden doors will occasionally whisk you to the trippy Hyperfunk Zone, (returning from Panic on Funkotron) an auto-scrolling minigame where success can earn you hefty cash and experience. There’s generally always something to mess with on all corners of the map, which means you’re always more engaged. 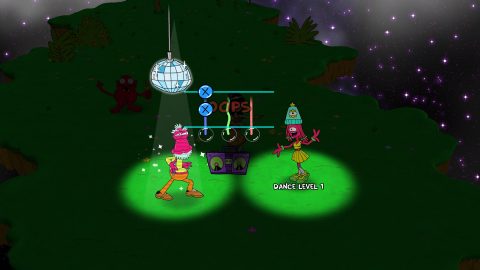 Hostile Earthlings are also much more common, with later levels often containing an entire pack on a single screen. Just like in the original game, your offensive options are precious, making outrunning foes often the smartest option. This is a little easier than before, mostly due to patches of sunflowers you can hide in, confusing the silly humans and letting you make your escape. They’re also not quite as aggressive, no longer continually hitting you should they make contact with you. On the other hand, getting hit can be far more dangerous, as earthlings are now potentially capable of opening your presents, sending you down a floor, or even demoting you a level in experience.

Thankfully, “good” Earthlings are far more common, and are where you’ll spend the bulk of the money you collect. The old man in the carrot suit is the most important of all, as he’ll not only identify mystery presents, but is also required to rank up once you’ve gathered enough experience. Others can be no less useful, however, including newcomers like King Tut, who’ll follow you around and automatically search everything within his radius. Sometimes they’ll even ask for some of your presents, sometimes offering something in return… and sometimes not. Earthlings are weird. 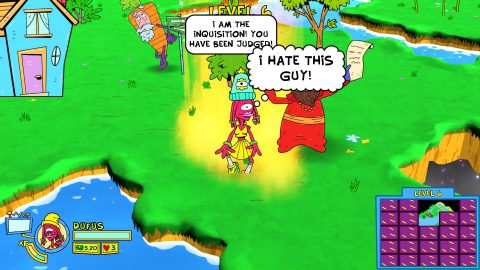 Presents work as they always have, with a wide variety of effects that you often won’t know about without spending some cash. All the ones from the original make a return appearance, with a few new ones to help and harm you. You might end up with a “gassy tummy”, sending earthlings fleeing from your stench, or get set aflame, forcing you to find a lake to jump in to save yourself. You’ll also find “amped” presents, which have a bigger effect, while others might be broken and have a chance of blowing up in your face. Opening presents is now one of the bigger sources of earning XP, however, which means that sometimes a little experimentation is worth the risk.

While recent roguelikes tend to follow a trend where you’ll have to make run after run to unlock the tools you’ll need to eventually achieve victory, Back in the Groove is surprisingly light on such elements. There’s about a dozen presents that can be unlocked through play, although none of them are particularly vital. Beating the game will also unlock a “power hat”, with each one providing a different benefit every time you enter a floor. It’s a nice touch, but the fact that you’re perfectly able of clearing the game your first time through is something a lot of similar roguelikes could truly learn from. Runs are generally far faster than the original game as well, with progress generally being made far more rapidly. Truthfully, the game is on the whole far easier than most contemporary games in its genre, and it’s highly likely that you’ll be able to finish the game in a handful of runs. This does somewhat dampen the replay value, although a harder campaign can be unlocked by completing a couple of runs.

The game’s general style is also pretty fun to look at, and definitely sets it apart. While the previous game attempted to “modernize” the series with raunchier humor, Back in the Groove returns to the wackier, generally child-safe tone of the Genesis days. Even the new additions, like an enemy who constantly texts on his phone or cosplaying nerds who give you the chance to gamble your cash, never feel out of place. The characters also have far more dialogue than before for various events, and different combinations of characters will have their own unique lines in a co-op game. The game is also completely, unapologetically 90s in style, with all the bright colors and geometric patterns you’d expect. 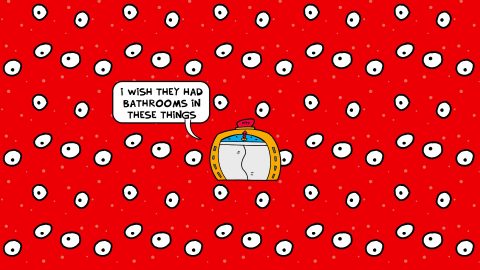 The graphics are somewhat of a mixed bag, however. In still motion, the game makes use of a sketchy, bold-outlined art style that brings to mind underground comics of past decades. In motion, however, the animation tends to look a little too smooth, which can be somewhat jarring. It’s a forgivable complaint, however, as it hardly effects the game itself. The music, featuring remixes from previous games as well as some new tracks, is appropriately funky, making heavy use of slap bass on every track. If you’re into funk, this’ll be the sort of OST you’ll be leaving on loop for days.

Overall, if you enjoyed the original game, or are even a fan of the roguelike genre, Back in the Groove is absolutely worth picking up. It takes the strikingly unique concept the original game established, smooths over its worst flaws, and adds on a swath of new features on top of it. It’s the sort of game we could have gotten if the series hadn’t moved in a new direction after 1991, and it’s just as unique of a game as it was then. In a gaming market where one can feel like they’re drowning in roguelikes, something this special definitely stands out.