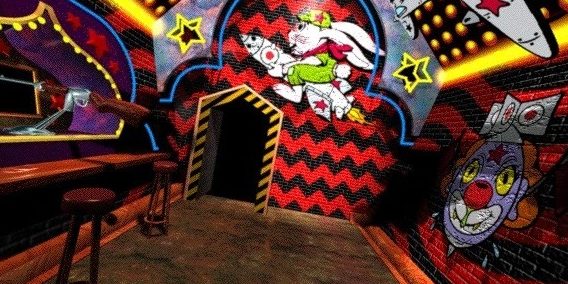 The Residents' Bad Day on the Midway - Windows, Macintosh (1995)

Bad Day on the Midway is a game that David Lynch and Terry Gilliam could have co-directed. It’s bizarre, dark, hilarious and unbelievably creative. It was produced by The Residents, an art collective that has been in existence since 1972. The group has produced over sixty albums as well as numerous DVDs, short films, music videos, and CD-ROM projects. The true identities of The Residents are kept secret, and they perform publicly wearing concealing eyeball helmets (which are exactly what you are picturing). The game was developed and published by iNSCAPE, a company which created several unusual games, including The Drowned God and the Edgar Allan Poe-inspired The Dark Eye.

You begin the game as Timmy, a young boy visiting a crumbling amusement park known as Midway. But Timmy doesn’t see a pathetic locale where everything is falling apart, but rather a world of wonder, with his thoughts appearing in written form at the bottom of the screen. He loves talking to the mechanical fortune teller, killing communists at the shooting gallery, and riding on the Marvels of Mayhem merry-go-round. Timmy also meets the most interesting people at the Midway: a tattooed lady, a man who loves rats, a log woman (shades of Twin Peaks, perhaps), and even a man from the almighty IRS. 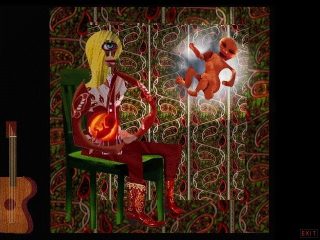 You are welcome to play out the game as Timmy, but where the story gets really interesting is when you begin jumping from person to person and seeing the game through their eyes. When you encounter another character, an eyeball cursor appears and allows you to switch your viewpoint. There are other video games where you possess characters, like Messiah and Geist, but in this game you aren’t simply riding the characters’ bodies; you actually become them, seeing a different set of thoughts and having very different experiences.

Regardless of which character you choose, the controls remain very simple. The cursor changes to whichever action you are capable of taking – moving, looking, or changing bodies – and you click. These basic controls help the story to flow, as there are no puzzles to solve or fights to be won. You are given basic goals to accomplish, and the key to reaching those goals is to explore and observe. Each character lives out very different plots. Timmy simply wanders around the Midway until it is time to go home. One woman searches for tax documents, while one man is a serial killer. It’s only by playing as every character that you can make sense of the events taking place around the Midway. By jumping from person to person over the course of several games, you can take advantage of subplots, explore otherwise blocked areas of the map, and see new endings. Despite your starting character, this game was not intended for children. It features several mature themes such as madness, murder, and sexuality. The humor throughout the game is very dark, such as when a Nazi sympathizer is played for laughs. 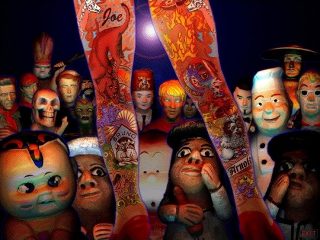 Several events in the game take place on a timer outside of the player’s control. Generally, the clock progresses by entering and exiting buildings, showing an odd number while outside and an even number indoors. However, the clock has some odd behaviors. The official strategy guide describes the clock movement for Dagmar, the Dog Woman:

It does not take long to complete, but each playthrough will be very different. Death is possible, and for some characters it is inevitable, but even finding new ways to die is fun. Continuing the story depends entirely on finding the right location as the right person, so some players might be disappointed by the lack of traditional puzzles, inventory, or action in the game. Beyond seeing everything there is to see, there is no real challenge. The randomness of some events is also frustrating, as your chances of dying rise as the game nears its end. Because of this, it can sometimes take several tries to see a particular ending. 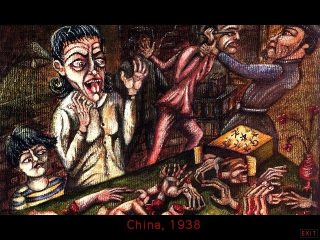 The visual design is absolutely stunning, and incredibly trippy. The pre-rendered graphics look dated, but the style is unusual and impressive. The backgrounds and characters are CGI, but the characters’ mouths and eyes are live action footage. This makes every face-to-face conversation look pretty weird, to say the least. Several Midway attractions are actually animated films, each created by a different animator; the Kill-A-Commie shooting gallery is especially impressive, with its classic tattoo-style artwork by Steve Cerio. The many characters are prone to telling their life stories, each related through a slideshow illustrated by a different comic artist. They recruited a remarkable amount of comic talent, including Richard Sala (Hypnotic Tales, The Chuckling Whatsit), Paul Mavrides (The Fabulous Furry Freak Brothers), Doug Fraser (Blab!), Peter Kuper (The Metamorphosis, The System), and Dave McKean (The Sandman, Arkham Asylum).

The Residents are known for their musical creations, and the game’s soundtrack does not disappoint. While not as memorable as the exceptional graphic design, it adds to the fantastic and often terrifying atmosphere of the Midway. The music is done with subtlety when necessary and always with style. A CD soundtrack, The Residents Have a Bad Day, was released in 1996, and some of the game’s animated segments were released on the Icky Flix DVD in 2001. 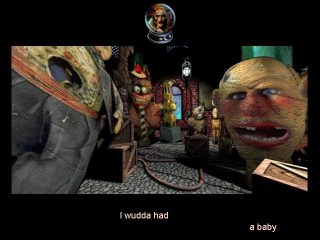 It does feel as if a few elements of the game were left out, either intentionally or by the limitations of what could fit on the CD-ROM. Although it is prominently placed, the rickety roller coaster is sadly inaccessible (with one tiny exception). And despite the numerous endings, the characters’ stories cannot be truly resolved – they simply die. There are also a couple of characters that would be interesting to inhabit, but there is no opportunity to jump into their bodies.

Succeeding on many levels, Bad Day on the Midway is as much a collection of wonderful art, music, and writing as it is a game. For those seeking an unusual title with simple gameplay, it is a must to try. It’s unfortunate that this was the last game The Residents had a hand in, as they could obviously breathe plenty of life and creativity into the industry.