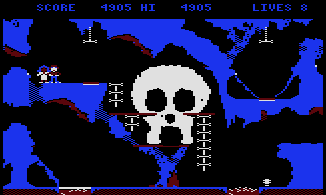 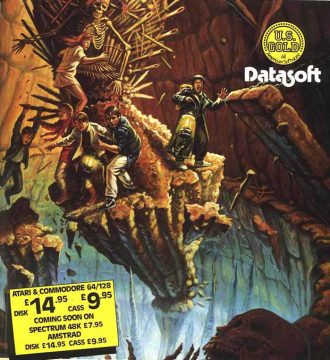 Created by Datasoft, The Goonies for home computers is essentially a prototype to team based puzzler solvers such as The Lost Vikings. In each stage, you take control of two Goonies, and need to switch back and forth between them in order to finish the screen. (Technically you play as different members in each level, although they all look like stick figures.) In the first level, which takes place in the restaurant, you need to turn on the counterfeiting machine in the attic, which in turn pumps fake money out the window and distracts Mother Fratelli, so you can knock over the water cooler and enter the caves. Later levels are vaguely based on elements of the film, including a section where you need to navigate through steam pipes (which includes a showering man at the top of the screen to indicate when you need to move) and a run-in with the ever-famous Octopus that was referenced end at the movie but was deleted in the final cut (see the Outtakes section on the DVD/Blu-ray). There are eight screens in total.

Back in the early days of video gaming, licensed properties didn’t have to be mere platformers or shooters with characters shoveled in – the Short Circuit Commodore 64 title was an puzzle solving adventure game, for example. While The Goonies games never quite captured the appeal of the movie, all of them offered some interesting gameplay mechanics, with plenty of secrets to uncover. And while the American computer versions did a better job of tying in with the movies than Konami’s interpretation, the Japanese company did well enough to emulate the adventurous experience of the movie, while creating titles far more in depth than your average 8-bit game.

Like most older computer games, The Goonies is brutally unforgiving. Some of the puzzles can get infuriating, especially the ones when you’re dodging bats, and the slippery controls don’t help. Getting one of the Goonies killed requires that you start each screen over – once you run out of lives, you need to start the whole game from scratch.

The Commodore 64 and Atari 800 versions are basically the same, with only minor differences in sound and color. The Apple II version is also very similar, aside from a slight horizontal crop due to the lower resolution. The Spectrum version has completely different (and inferior) graphics, along with much worse sound. 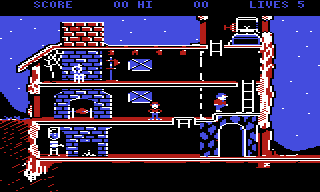 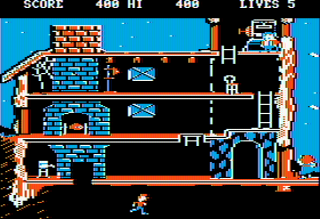 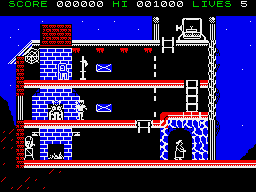 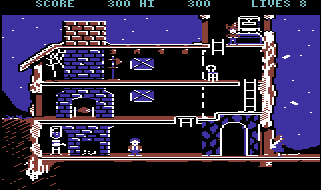