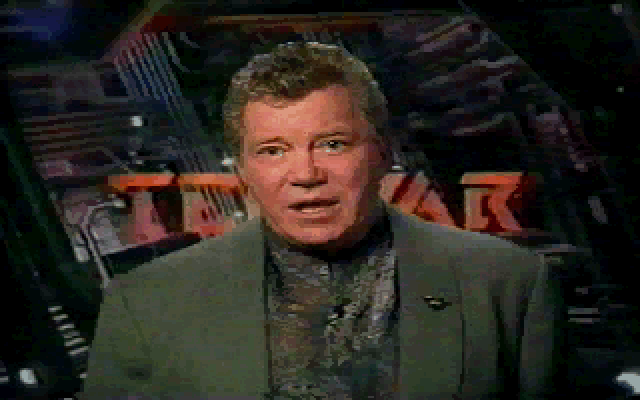 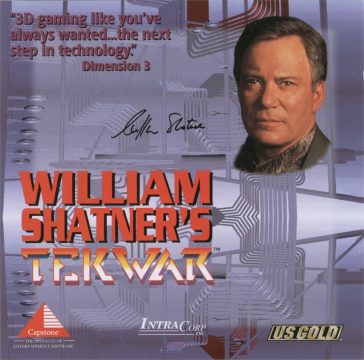 William Shatner is many things to many people, but he is still known best to most as Captain James Tiberius Kirk of the Starship Enterprise. However, the man is not just an actor, but also a musician, director, spokesperson, and even the creator of a science-fiction series called TekWar. (Like many books with celebrities attached, it was technically written by someone else.) That name likely brings to mind a certain quote for Simpsons fans, but TekWar itself came and went in the nineties with the advent of a television series and even a video game. Yes, a video game exists that has Shatner speaking to you in full motion video, but why has this fantastic piece of multimedia faded into obscurity? To be blunt, the game was an absolute mess thanks to the consistently low quality of its developer, Capstone Entertainment. Except for Corridor 7, Capstone plopped out some of the worst junk this side of shareware, and TekWar‘s definitely among their top entrants for the hall of shame. 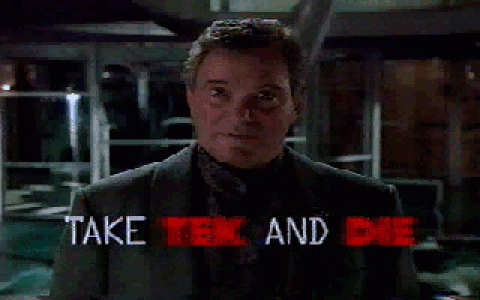 As per the books and TV series, the premise sees Jake Cardigan, disgraced police officer framed for a crime he didn’t commit, taken out of cryogenic imprisonment by businessman Walter Bascom and tasked to clear the streets of an addictive microchip drug named Tek. If Jake busts the big “TekLords” responsible for producing and distributing Tek, he just might face a second chance at life. You get to pick which of the seven TekLords you want to apprehend first, and Bascom (played by Shatner) briefs you on each one before dropping into the stage proper. Every TekLord rules over a chunk of the city spanning one to three maps all linked through a subway system. Your goal is to find out which part of the city the TekLord is hiding in and apprehend him with extreme prejudice. The premise sounds simple enough, but the game’s shoddiness becomes more obvious than bad toupees in less than five minutes. 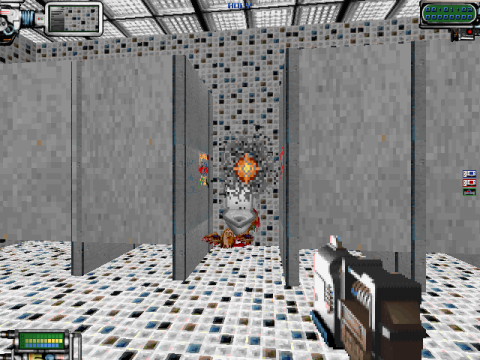 Most FPSes of the time have several distinctive classes of enemies, like Doom and Rise of the Triad. Despite all baddies in TekWar looking different, ninety percent of them attack the exact same way by standing still and spamming hitscan shots. You’ll occasionally face TekLord holograms which don’t even fire projectiles and exploding androids disguised as civilians as a less convincing take on Marathon‘s BOB simulacrums, but they’re less threatening than your basic Tek terrorists. The TekLords themselves just go down as easily as any standard punk, though the real trick is in finding them. You need either a red or blue keycard (oftentimes both) to reach them, and the sloppy map design will do you no favors. Most levels look similar to each other with tall gray buildings and dingy city slums, with one stage being set in a much-dreaded sewer level. TekWar ain’t a pretty game to look at with its drab palette and badly-scaled digitized sprites, and the music isn’t too much better, though it’s probably the least horrible part of the game in comparison. None of the music really stands out though, and it will likely be drowned in a sea of phaser-firing sound effects.

You start out with three weapons, but the ammo for the third weapon is scarce, and while you can find four more weapons, you also won’t get much use out of them since these bonus weapons disappear every time you have to ride the subway. Honestly, your best weapon is your infinitely-charged slot-one taser, which stuns human enemies and does respectable damage against them; you only need heavier weapons against sentry turrets and holograms. Without much incentive to explore levels except finding what you need to, TekWar is rarely fun for more than five minutes before deciding to play a juicier FPS like Duke Nukem 3D, which ran on the same engine as TekWar (Ken Silverman’s Build engine) but ended up as one of the best-known nineties PC games. For those who have a high enough pain tolerance to stay on TekWar long enough to beat at least one level, the Matrix awaits. Before the Wachowskis popularized the term, the Matrix in TekWar refers to one of the most fantastic disasters in geographical and artistic design. 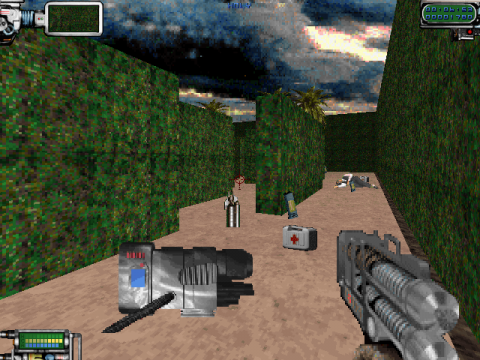 After killing at least one TekLord, you get a key which enables you to enter the Matrix, containing seven uplinks to corporation servers. Within the cyberspace of each server is a severely confusing maze with flashing walls that may or may not actually be doors, floating buzzsaw thingies which keep getting in your face, and large nasty virus fields which sap your health superfast . You’re supposed to find a pedestal in each server to place the key, but most of these Matrix maps are baffling and some hide the key area too well. You’re able to float up and down in the Matrix, but adding this new dimension of travel only makes navigation more of a complicated chore than it already was in the normal levels. For as long as it takes to wade through the Matrix in all of its neon stupidity, the final level that plays after it is very unceremonious, just like everything else in this game that should never have been.

You’d think a shooter with William Shatner speaking directly to you through the power of multimedia would be more fun than it sounds, but TekWar is just too mediocre to recommend for any purpose, even as a novelty. What it tries to do was done much better by its contemporaries, even really obscure FPSes like CyClones and Rebel Moon Rising. A close look at the game suggests it may have been rushed before the final product passed quality control. A meter between your health and ammo gauge represents your “consciousness,” which has no visible gameplay effect. The game’s manual says you can find ammo recharging stations and grenades which exist absolutely nowhere, and the “Accu Trak” item does jack nothing. Would TekWar have been better than it was if it was just given a little more time to cook? Only Capstone knows, and they’re long gone. 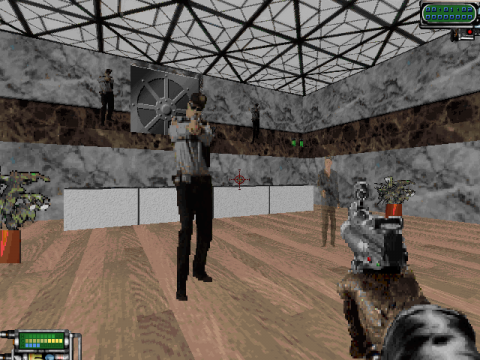