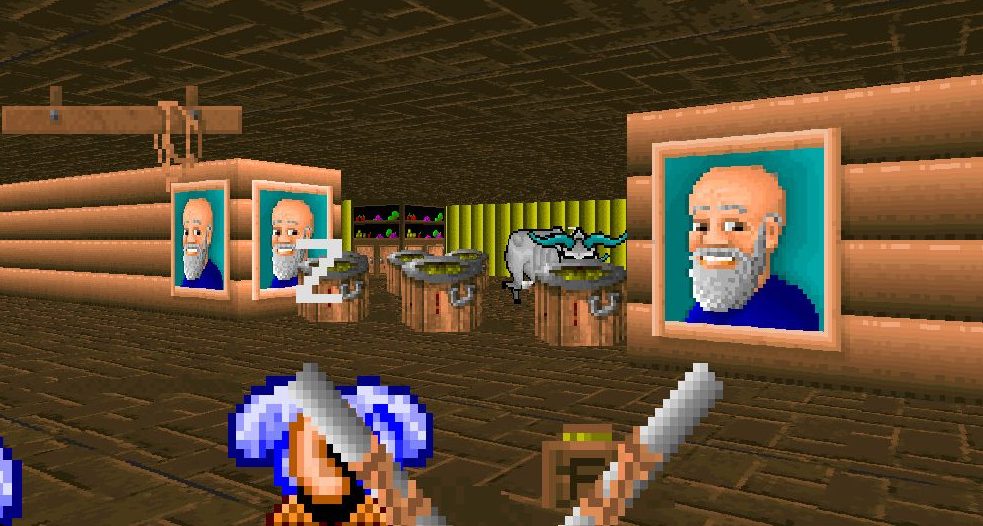 When id Software was still just a dream called “Ideas of the Deep” and its founders were still employed at Softdisk, John Carmack developed a technique to do smooth 2D scrolling on PCs. It was a fantastic coding feat that brought PCs to a world of graphics tech that had been dominated by consoles such as Nintendo’s NES. To emphasize this point, Carmack and Romero put together a demo that recreated the first level of Super Mario Bros. They shopped it to Nintendo. Nintendo turned them down, claiming that they were not interested in entering the PC market. 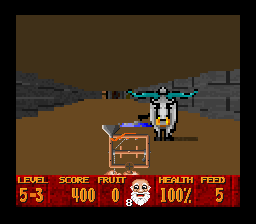 However, the later success of Wolfenstein 3D and Spear of Destiny prompted Nintendo to offer a $100,000 contract to id Software if they would port Wolfenstein 3D to the Super Nintendo, albeit with much of the violence and Nazi imagery censored. Shortly thereafter, id Software’s business manager received a request from Wisdom Tree to license out the Wolf3D engine – including the Super Nintendo version – for a game involving Noah’s Ark. id was well aware that Nintendo did not allow religious content of any kind in their games, but they realized Wisdom Tree was in earnest when the Christian games developer revealed their plans to release the game without a license from Nintendo.

The cart would be a pass-through design that would require an “official” SNES donor cart in order to operate. The Super Nintendo would receive security data from the donor cart, and then Super 3D Noah’s Ark would piggyback that security handshake into memory and begin execution. id Software promptly sold the engines to Wisdom Tree, making Super 3D Noah’s Ark the only unlicensed Super Nintendo game to see a commercial release. The game also saw a release on MS-DOS using the original Wolf3D engine. 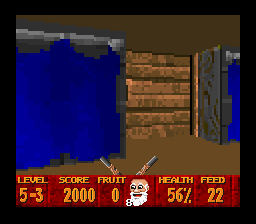 If you’ve played Wolfenstein 3D, then you know what to expect, and even more so if you’ve played the Super Nintendo port. It looks good and plays pretty well, has 32 levels (2 hidden) and several secrets per map. It also retains the floor bosses and all that jazz.

What requires explanation is the way Wisdom Tree changed the graphics and premise. According to the Biblical account of Noah, the sins of man had become so grave that God resolved to wipe out the Earth with a flood and start anew. God instructed Noah (the only remaining righteous person on Earth) to build a huge Ark to house his family and a male and Female specimen of every animal in order to re-seed the earth with life after the flood subsided. Super 3D Noah’s Ark, against all odds, replaces B.J. Blazkowicz with Noah and subs out Nazis for angry goats and sheep. Instead of guns you have a slingshot that can fire various types of fruit. So you’re not actually shooting the animals; you’re feeding them so that they will fall asleep. Otherwise, they’ll kick you and throw coconuts at you until you die. (!!!) The bosses of each floor are tougher animals like giraffes and bears. 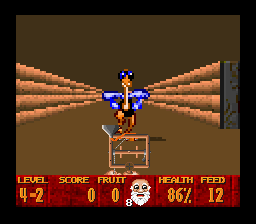 The whinnying cry of the sheep as they buckle under a hail of apples and oranges is surreal, to say the least. But for all the religious trappings it’s not an awful game, since it’s essentially a texture swap for id’s classic FPS. Wisdom Tree’s games were definitely marketed to kids, in this case as a clean substitute for a game that was perceived at the time to be a negative influence on children. So really, it’s not for meant for us – but that doesn’t mean it isn’t hilarious to try out anyway. 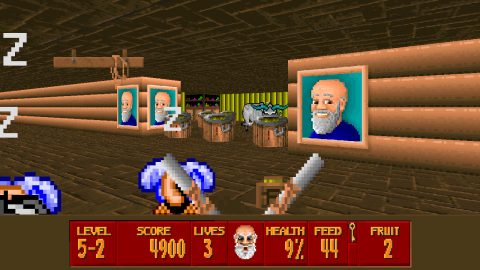 That said, the game’s historical significance and the general insanity of the retro Nintendo market has led to astronomical prices on eBay for the Super Nintendo version. The PC version can still be purchased from Wisdom Tree directly at their website, and an update version with high resolution support was even released on Steam.