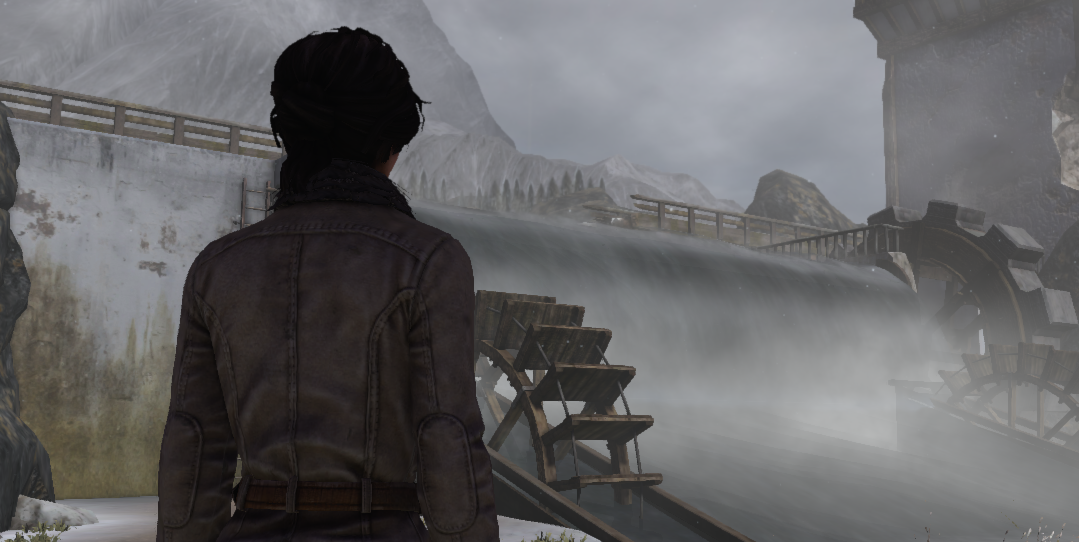 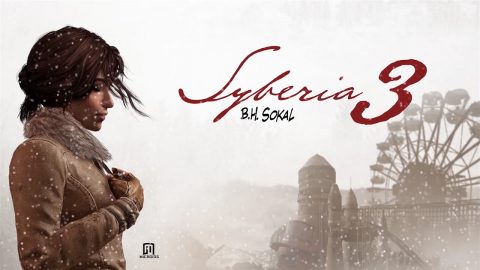 There are few games out there that have gotten releases as bad as Syberia 3‘s. The game was toyed with in the concept stage for over a decade, and when we finally get it, with Sokal hired back for writing, the initial version was fundamentally broken. The controls on the PC version seemed built with a game pad in mind, with more complicated camera angles to get through. However, because of the game’s graphical requirements, actually playing the game with those controls was near impossible due to input lag. Thankfully, the game has gotten a point and click control scheme patched in, and it basically remakes the entire game into something playable. Unfortunately, it was too little, too late with many, and the games review scores were average to disastrous. Worse yet, the game ends with a cliffhanger, despite being in development hell with confused priorities for so long, making the likelihood of a Syberia 4 all but nil. 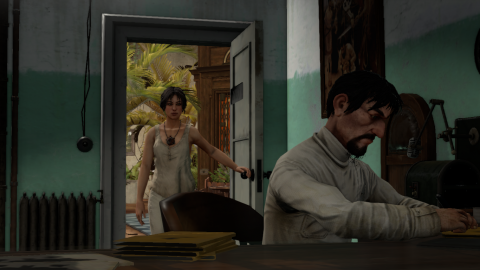 Syberia 3 did not put its best foot forward. Honestly, it may be the weakest overall of all three games, though not by as much as you’d expect from how its launch went. All of the game’s most major issues stem from the development cycle it went through, with a complete engine change to Unity with a staff that either seem inexperienced with the technology or not given enough time to work with it properly and fine tune some physics issues. Kate has a habit of getting stuck on objects and walls, probably why the old walking controls are still usable in point and click mode.

The graphics generally look beautiful, even on low settings (screenshots used are from medium settings), but character facial animations have an uncanny valley look to them the more you can see their mouths, where teeth textures are poorer than the rest of the face and the inner mouth is just a black void. Areas with a lot of NPCs, mainly the amusement park and the tunnel, have a habit of getting stuck between in-game graphics cutscenes and gameplay in a sort of fax-freeze. The problem can be overcome by restarting the game with lower graphical settings, but it remains a nuisance. On top of all that, you can no longer save manually, only autosave on one file each for every game played on your copy. This lead to a lot of instant loss moments before all the patching went through. 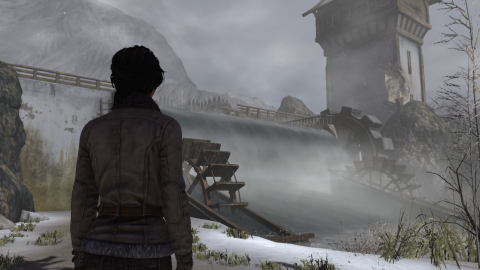 But if you can move past all that, Syberia 3 is quite a good follow up to the previous saga. At game’s start, Kate Walker finds herself resting in a hospital, rescued from death by the Youkol tribe that were responsible for all the mammoth shenanigans in the other games. It doesn’t take long for Kate to realize things are very wrong, however, as the doctors interrogate Kate and seem to be doing something strange to a fellow youkol sharing her room. She soon finds some sort of militia is trying to stop the youkols from finishing their sacred snow ostrich migration, and Kate herself is surprised to find a detective from New York after her (the same one from Syberia II). Kate must escape her old life chasing after her and help her new friends escape the xenophobic forces of the militia. Also, it’s hinted that said militia might control a giant squid. Because why not.

Syberia 3’s story still has all of Sokal’s usual calling cards, even down to some problematic elements (a bit of a white savior thing with Kate and the youkols being cartoonish stereotypes). The themes shift focus entirely to a story about the struggle of keeping old cultures alive in an increasingly modern world, with the youkols targets of racist ignorance and scapegoating for simply wanting to continue with their simple way of life. The villains even try brainwashing their leader into embracing industrialization and capitalism (I never said the game was subtle). It’s an interesting story, especially if you’ve followed along with Sokal’s past work. Seeing him use Kate and the youkols to explore the ever growing need to conform as the world slowly dies gives the game a darker undercurrent than the previous titles, especially with the threatening antagonists and sights of modern decay. 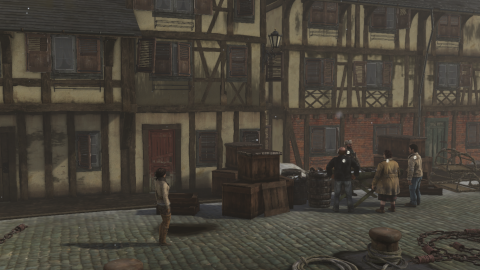 The voice acting doesn’t stack up, sadly. While Microids has always had trouble with English voice acting, it’s especially bad here for long stretches. Several of the talent picked have clearly never acted before in their life, or their voices just don’t match the character they’re playing, especially with Marcy Fine as the evil doctor Olga Efimova. Despite the loud character design, Fine doesn’t even try to give her an accent or anything besides her normal speaking voice. The saving grace besides one spoilerrific character is Mike Pollock, the voice of Dr. Eggman himself. He doesn’t have a great amount of range, as his voice is instantly distinct in most every role he has in the game, but the man knows how to emote and sells every single scene he’s in as hard as he possibly can. It’s also nice to have Sharon Mann as Kate Walker make a return, really feeling comfortable in her character and giving every sarcastic barb with perfect precision.

There are significant changes to the setting with the shift in focus, but it works. You’re no longer exploring Hans’ rusting marvels or the beauty of the arctic, but somewhat modern areas of Eastern Europe that aren’t quite “modern” but are certainly have shades of the industrial. Every area feels lived in and carries a history all they own, but those histories are ones we’re far more familiar with, and the stories they tell are far more depressing. The highlight is easily Baranour, a town with a beautiful theme park that was destroyed by a nuclear power plant going critical. While the town of Valsembor you spend much of the early game in is on the dull side, Baranour completely makes up for it with haunting imagery of rust and beaches. Even Valsembor has a few interesting parts to it, particularly the coal factory and the diving segment. 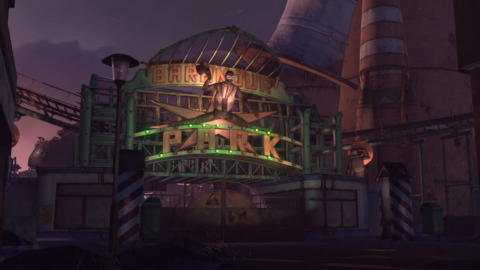 Otherwise, technical issues aside, the game plays as it always did, and a tad better in some ways. A few areas with exploration are a bit annoying, but they never reach the heights of backtracking from the first game. The screwing around with machine puzzles are generally simple enough that there’s a certain enjoyment with experimenting with them, but otherwise the game stays closely in logical puzzle territory. The last two major puzzles are brain teasers, but the solutions make sense. The only major addition are dialog wheels, where the story can change at a set few points based on if you can convince someone to help you, but the changes that result are minor. They do allow the player to ask questions and stay on track with their goals, though, and you can select different difficulty levels, one that treats the game as the last few titles, and the other offering visible objectives so you know what has to be done at most all times. The addition of markers for interactive objects and NPCs also gets rid of any pixel hunting issues.

There’s a lot about Syberia 3 that’s interesting and worth experiencing, with a ton of moments that will stay in your mind. The inescapable problem, sadly, is that the foundation of the game is an absolute mess. This is the most frustrating of all three games to play, and it’s the most modern of all of them. It takes from popular gaming trends in the adventure genre without really doing anything too interesting with them, and its mechanical systems are poorly thought out and don’t support the kind of game it is particularly well. If you want to finish experiencing the Syberia series (because 4 is a long shot at this point), look into the console ports, but check for bugs that may have not been patched. It’s not a fantastic game by any stretch of the imagination, but there’s greatness in there. Then again, that’s par the course for Microids most popular and most mechanically fractured franchise.