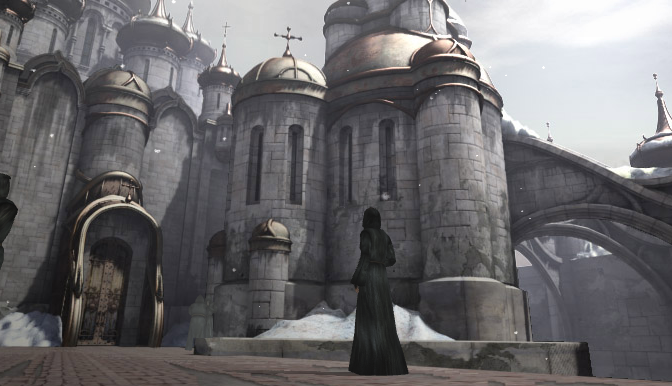 Syberia II was originally supposed to be a part of the first game, but was spun off into a sequel due to size issues. In becoming its own entry, Syberia II‘s story had to find a new way to continue the new versus old world story of the last game, while also reaching the climax built up from before. At the end of the first game, Kate joined a found Hans on the remainder of his journey to the mythical island of Syberia, said to be filled with the extinct mammoth species. Since, her employers and family have started to make efforts to track her down and return her home, deciding to make use of a detective. At the same time, Kate is having troubles of her own with Hans fading health, making the trip to the island of mammoths all the more dire. It’s so connected to the first title that the DVD compilation even lets you start Syberia II immediately after the final cinema of the first game. 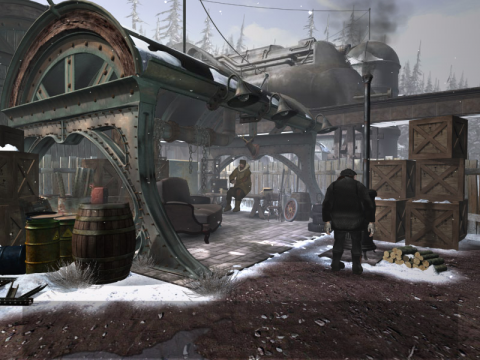 Syberia II benefits a lot from being a sequel. Because everything is set-up properly already, there’s no early dragging. Areas are also typically more condensed or easier to navigate, resulting in a shorter game due to an absence of padding (or at least less padding, thanks to one late game area). It’s focused on the adventure, while the threat of Kate’s old life coming back to haunt her is downplayed. There’s no real payoff for that particular plot line, though its presence is appreciated as it helps show just how much Kate has grown as a character. Still, Kate never meeting the detective who was supposed to bring her home feels like a missed opportunity for a last minute twist or conflict before the game’s end, and would have probably have been more satisfying than the inclusion of two greedy brothers as the main villains. One of them does get one of the greatest death scenes in all of gaming, which is great (it involves penguins), but it’s just not as interesting as the detective plot line.

This time around, there’s far less rusted wonders, but the game makes great use of natural environments and smaller places. The first area of the game, a two floor village in the middle of nowhere, is a great starting area. It instantly looks distinct in its old fashion design, and it’s genuinely fast to navigate and travel around. The only real touch from Hans is some mechanical horses in a bar, and the rest is all regular boonies buildings. Later areas include similar design sensibilities, like an old monastery, an abandoned cabin in the wilderness, and a tribal village. There’s also a running theme of snow here, creating a beautiful and foreboding mood the further the game goes. It fits very well with the themes of finality, and does a good job visually of showing how different Kate’s life has become compared to the shots of sunny New York we’re shown. Despite a shift in focus, the game still looks stunning and really sells the new artistic shift. 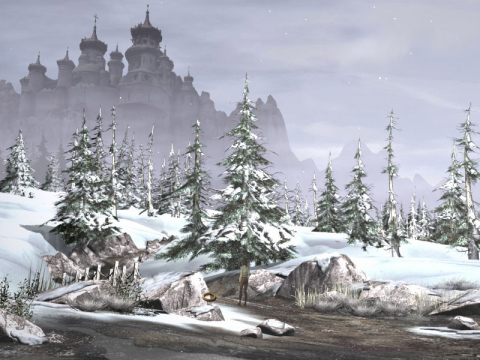 The story also continues with the pulpy adventure style, and handles it well. New situations are constantly thrust upon you to figure out, making you adapt with shifting conditions. Areas no longer have the same free exploration focus, but start adding restrictions and problems to solve as you go through them. Puzzles are a bit more enjoyable for this reason, as there’s almost always something new to do and figure out, and a few of them make solid head scratchers. There’s still a lot of fetching, but not as bad as it once was. The village does still have that backtracking problem, but not nearly as bad as it was in the university last game. Everywhere else works perfectly fine and benefits greatly from less to explore. Despite how pretty the first game is, there were just so many pointless screens that needed to be removed so bad, and II definitely learned that lesson.

Generally everything is a solid step up from the last game, though in typical Microïds fashion, character models are deep in the uncanny valley. The cutscenes suffer from this even more than the first game did, especially on old faces and whenever teeth is shown. Kate looks occasionally terrifying when she smiles. It’s distracting. In game models match the world better, but they also have strange quirks, like lips that move super fast with dialog. It’s a blessing you usually can’t see the fine details of their animation. 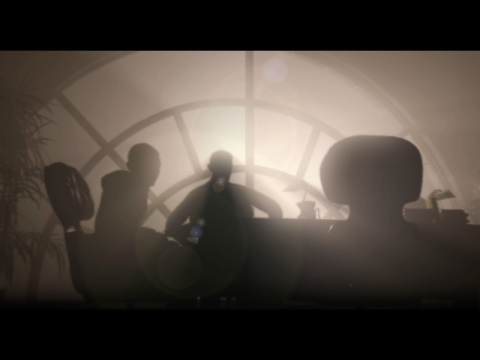 There are also still a few questionable story decisions. For one, a mammoth worshiping tribe built up from the first game are now shown to be little people that speak in the type of tribal speech you’d expect from stereotype played by a white guy in red face from an old Hollywood film. One of those two aforementioned brothers is also a mentally challenged giant, being the only remnant of the last game’s poor attempts with trying to write autistic characters. Stuff like this is distracting in the wrong ways.

Its place as a sequel is undercut by some other elements as well. This is understandable, given the cliffhanger at the end of the first game, but it leaves the sequel in a conundrum – yes, Syberia must still be found, but Kate’s character arc has effectively ended. She’s already decided to shun the corporate world and follow the dreams of the human heart, but what is her goal, exactly? As the narrative explains, Hans’ dream is to find the mammoths, so Kate decides it that it will be her dream too – a deeply unsatisfying explanation. There are a few phone conversations with kin back home, but they provide little insight. Her office, concerned over her abandonment, also sends a detective to stalk her, but this entire subplot is related only through sporadic cutscenes that have little effect on anything. 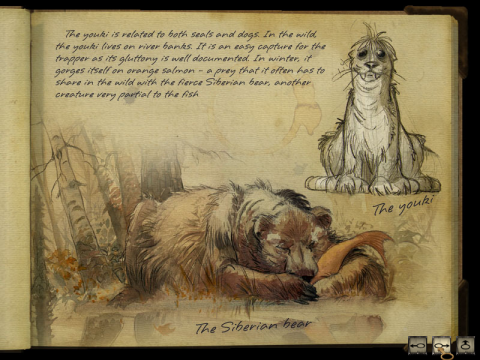 Instead, it seems that Syberia II has positioned Hans as the protagonist instead, leaving Kate (and therefore the player) in a supporting role, but even that doesn’t come off well. After the first game spent so much time building up Hans to be this amazing larger-than-life genius, in reality, he’s just a very short, very old man, whose frail condition continually and literally throws the story off course. The ending is somehow even more disappointing than the first game’s, addressing Hans’ desires but not even giving a sentence to Kate’s.

There’s still Oscar, at least, whose character arc proves to be one of the most emotional of the series. But to counterpoint that are the two villains, Ivan and Igor, who appear to have stepped out of a second rate Disney film. They are poachers who steal the train to try to find mammoth tusks. Their trite existence clashes with the maturity of the rest of the game, as they provide external conflict where none is needed. 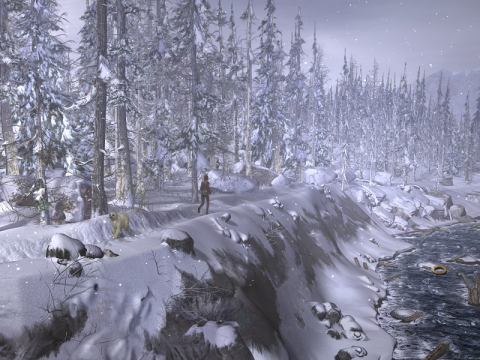 Syberia II wouldn’t get the same praise as the first game, but it’s a solid improvement on the former’s shortcomings, and a great adventure in its own right. Due to Sokal leaving to form his own studio, Syberia III was put on indefinite hold for a long while, up until an announcement in 2009. At one point, this game would have been a crossover with the Still Life series, though this would sadly not come to pass. The game also went into development hell, but it would finally see the light of day in 2017. The question is if the game would have used the vast improvements in hardware to really improve on itself, along with what story it would tell. Syberia II ends with all loose ends dealt with, so what would be next for the adventures of Kate Walker?