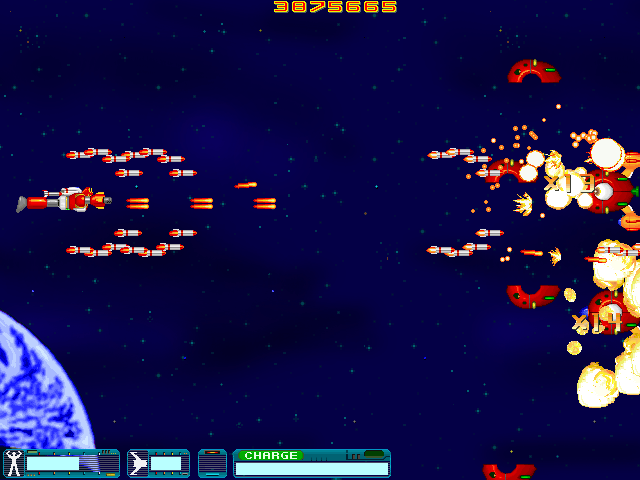 Here it is, everyone. This is it. This is every single 1970s mecha anime ever made. Yelling, combining giant robots, aliens that also have at least one guy who also knows magic, mass destruction, an eldrich horror that comes completely out of nowhere, a diverse team of Japanese science soldiers lead by a good looking youth with a single girly love interest, yellow subtitles, and yes, drills. Supercharged Robot VULKAISER (you must always put VULKAISER in all caps) is pretty much the perfect homage to this era of anime, and a darn fun shoot-em-up to boot. It’s fast, explosive, and a whole mess of fun.

With almost no exposition, the game tosses you into the shoes of the pilot of the VULKAISER, a giant fighting robot with rocket fists fighting to save humanity. Alongside him are four companions in their own jets, able to combine with the VULKAISER to give it new abilities. The Needle allows a large spray of needle bullets to hit as many enemies as possible, Drill gives a ridiculously powerful drill in front of the VULKAISER, Rocket adds a volley of powerful rockets, and Thunder creates a wide wave of lightning that can pass through enemies. They also each change VULKAISER’s charge move, built up by constantly attacking. Said moves include a more powerful needle storm, a projectile drill that adds to damage done, a big missile for a ton of damage in one hit, and your classic super laser. Changing add-ons also gives you an even more powerful charge variant you can use once. 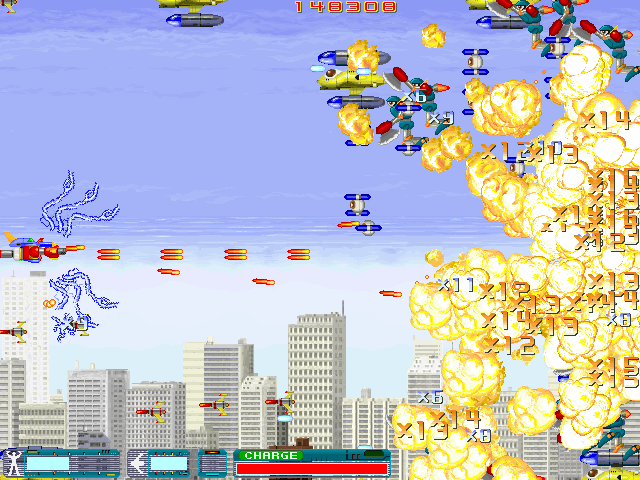 The game is divided into six stages to blast through, each with a different variety of enemies, and each better suited for different add-ons. For example, the drill is fantastic on the third stage boss, but not for the normal enemies you have to face before then. Your add-on wildly changes how you can deal with each threat headed your way, and heaven help you if you’re stuck with the vanilla VULKAISER. The rocket fists are a solid charge move, but his spray is weak and stays straight ahead. Like any good shoot-em-up, the entire challenge is dodging attacks and sending out damage at the same time, and the add-on system included gives the game its own flavor and an extra layer to decision making.

Otherwise, it sticks pretty closely to basics, though it gives a wide amount of enemies for its short length. Bosses also have plenty of character to them, including a mini-boss fight with the alien commander every stage that keeps you on your toes. Stand outs include a series of evil versions of your VULKAISER variants, not to mention the very fleshy finale against the alien god – fought inside said alien god. There’s always something on screen shining with creativity. 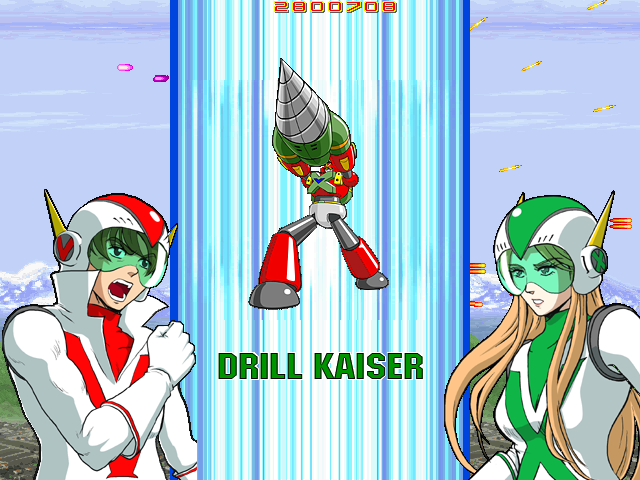 Every single mech design is about as 1970s anime as it gets, including a giant flying saucer that spawns smaller saucers, and a dorky locking octopus mech. The story is told with cheesy still images that look like frames from an especially low budget super robot show, showing off all the characters and robots. The soundtrack perfectly captures that epic super robot style, pumping you up at all moments, and giving way to dramatic tension in the last level. They even made their own hot blooded theme song for the game, with almost patriotic sounded drums and manly declarations. There are few games with as perfect an atmosphere as this. It grabs you and doesn’t let go until the ride is over.

While there are multiple difficulty levels, it should be mentioned that the game is incredibly old school in how it handles failure. You wear out your health and die, you’re done. Gotta start all over. Thankfully, the game is so short that this is barely a deterrent. What is an interesting twist here, though, is that your partners also take damage when they’re equipped to you, so if their health runs out, not only are they out of the fight, they’re out of the current run. It gives deciding which partner you want a bit more weight, as there’s always the risk they’ll be locked out for the finale or later challenges if you’re careless. It’s especially easy to lose Drill, thanks to how up-close it has to be in order to be effective. 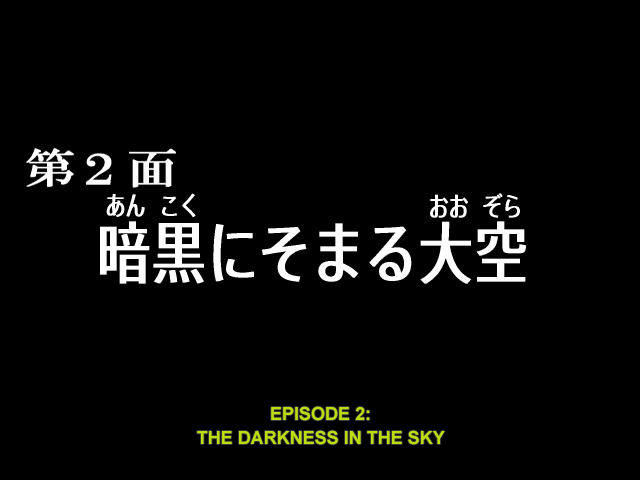 Supercharged Robot VULKAISER is simply an absolute must for anyone the least bit interested in retro anime, and just a solid buy for most anyone. It’s easy mode weens you in at a solid pace, so it’s a good place to start if you want to get into shoot-em-ups and bullet hells. Few games perfectly give homage to their subject as this (and maybe Saturday Morning RPG), and that counts for so much.