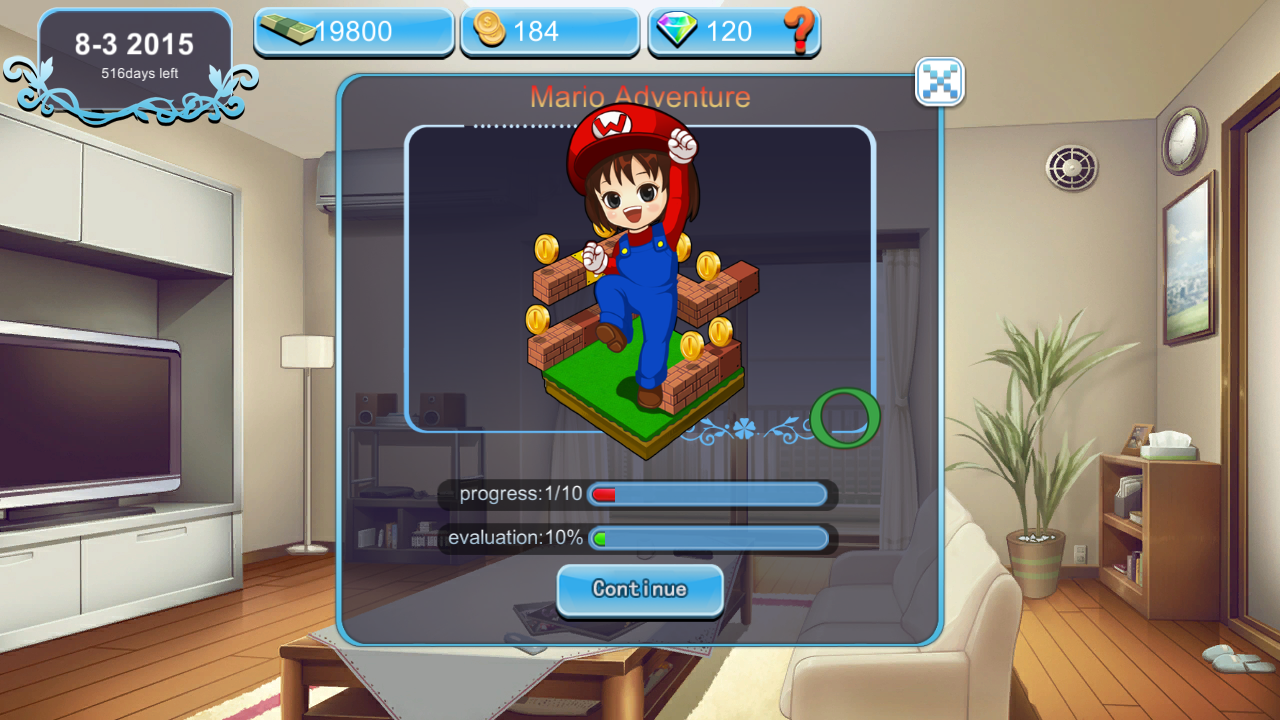 You know what’s kind of amazing about China? How little the country seems to care about copyright law. This game here, Super Star, can be bought on the Steam storefront legally, and its cast includes the likes of Micheal Jackson, Bruce Lee, and Sheldon from The Big Bang Theory. No, not Jim Parsons, the actor who plays Sheldon, just Sheldon. He’s wearing a Green Lantern shirt. The likenesses of so many world celebrities are used that it’s easy to lose track of what names present are the actual names or fake ones. Hopefully you keep up with Chinese, Korean, and Japanese pop culture! Oh, and in this game, you can have your titular Super Star just outright make The Little Mermaid, Star Wars, Pirates of the Caribbean, and sing such hits as My Heart Will Go On. Only two things listed have changed names. 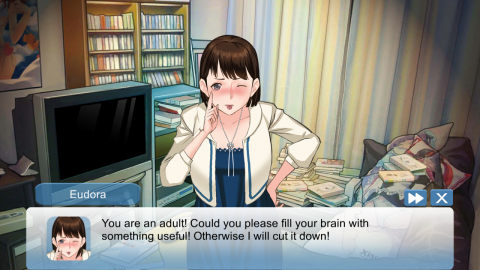 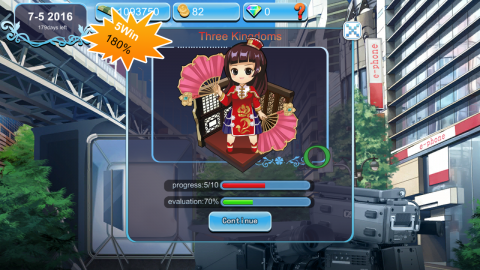 The game’s script was clearly put through Google Translate without a second thought. Trying to read dialog is more awkward than Thanksgiving dinner in an election year. That’s easily the most charming element, though, as is the sheer lack of design focus. The game is mechanically sound, and it can entertain you for about two playthroughs, but it’s very shallow and quickly shows limitations. There’s no balancing of stats to consider, just build everything up and do more. The reason you should thrown down two bucks on this mess is because everything else in it is utterly ridiculous. 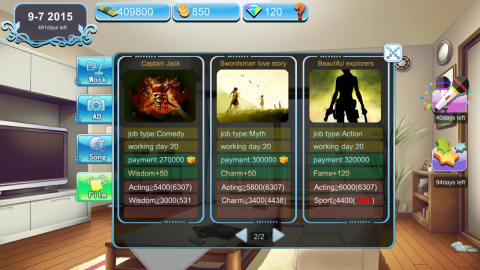 Your player character actually does verbally climax a few times because he saw naked titty. The game girl has an egotistical personality that causes her to become incredibly petty at the most minor slight. Offer a bad deal? She’s going to have a massively successful commercial to tell you that you suck. The people she works with are based on actual people, some with actual names attached, and they become instantly distracting because they were all clearly traced or photo-shopped with real photographs. It’s most jarring with Sheldon, who’s traced from one of his most prominent promo images where he stares at the camera like he’s utterly fascinated by the most likely screaming audience being forced to watch this show against their will. Some of the law dodging name changes are just hilarious. Indiana Jones is now “Magical Archaeologist.” A Chinese celebrity is now named “Leggy Obama Lee MinHo.” Star Wars? It’s now called “War Universe” (which is actually a pretty amazing title). Oh, and in one event, the Michelin Tire Man is a food inspector (possibly a play off the Michelin food review guide…but who knows, really.) 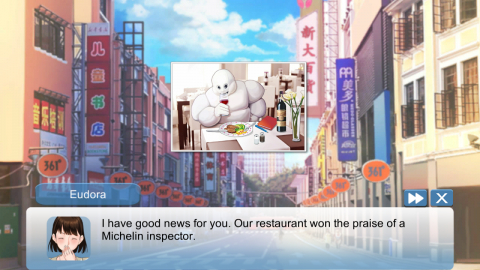 The developers advertise a lot with the idea of customizing your girl, but that just amounts to dressing her up in different outfits that give minor stat boosts. There’s no multiple endings, because your girl just becomes amazing at everything if you play right. You can’t really meaningfully specialize in one or two departments, especially when every event line or career path presented requires a bit of every stat at least once. There’s no challenge, and once you’ve bought some game breaking items with diamonds earned in the first playthrough, you can easily see everything and put it down forever from there. Once you’ve met Micheal, there’s nothing left to find, because that means you’ve already met Sheldon and Benedictus Crumblepatch, named in this game as “Curly Fu.” Which is incredible, but also a missed opportunity to spell this lizard looking man’s name wrong in an amusing fashion. 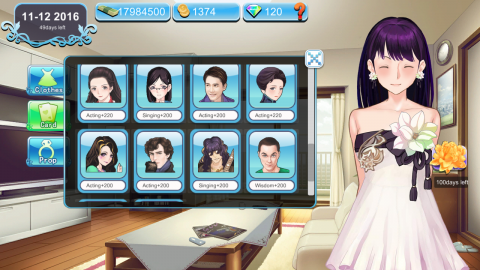 It’s strange, because there are elements of this game that are good on their own. The CG images and character art is solid stuff, with even a few celeb tracings looking striking in detail. The mechanical core of the game is also sound enough, if unchallenging. But thanks to the Chinese indie development philosophy of “just do it, they can’t sue!,” the entire game is a slapdash jigsaw puzzle made entirely with pieces from different puzzles, smashed together with a complete disregard for copyright lawyers. It’s truly a bad game, but that type of perplexing bad you really should experience just once, especially for the two dollar price tag. After all, it’s so insanely quotable.

“Playing animation game is one of my hobbies.” Same.

“Your overreacting makes you look like a hedgehog.” Yeah, I can see that.

“Even if you are a homeboy, you must be a healthy and handsome one!” Okay that one might be kind of racist.

“I can always meet your needs, little pumpkin.”

Wow. This game is art.