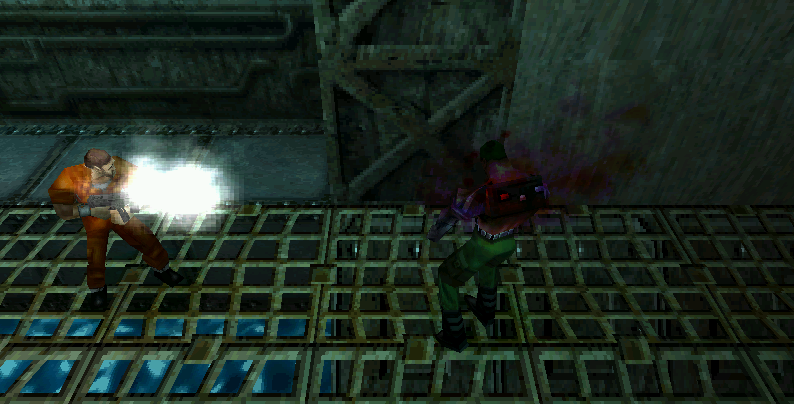 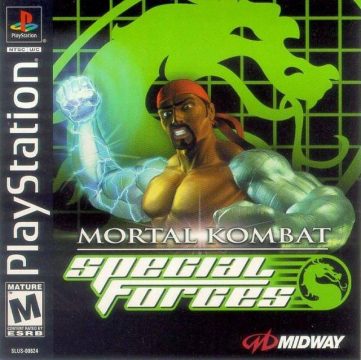 So, Mythologies apparently did well enough as advertisement for MK4, even if it wasn’t all that great of an action game. Midway, however, decided that another attempt at the action adventure genre was due. This game, however, would move away from the more mystical setting of Mytholigies and give it more of a modern feel. And the best character for this rather untouched part of the Mortal Kombat mythos would be Jax. Unfortunately, however, Special Forces would turn out to be worse than Mythologies in several ways, not the least because most of the people working on it up and left in the middle of development. 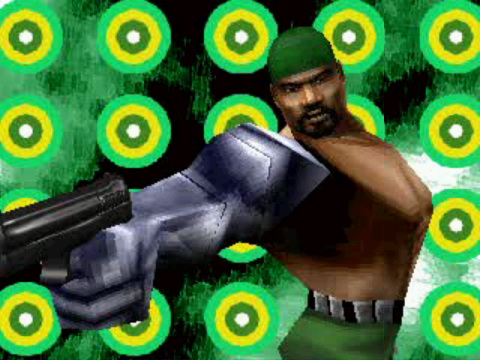 This game is another prequel, taking place some time even before Mythologies. However, Jax has his metal arms from Mortal Kombat 3 because… er, let’s just say that Quan Chi did it. Somewhere at a Special Forces prison, Kano shows up and breaks out members of his Black Dragon gang. They all hole up in an abandoned warehouse, and when the military is sent in to try and recapture them, they all get blown up. Kano, as it turns out, freed the Black Dragon members as distractions so he could steal a magical artifact called the Eye of Chitian. After dealing with Kano’s thugs, Jax follows Kano to Outworld, beats him up and uses the eye to create a portal back to Earthrealm. That’s honestly pretty much all there is to the plot, except for the fact that Jax has been made into some kind of Blaxploitation hero, spouting out cringeworthy bad lines like “You want some fries with that whoopass?” Even though she was originally intended to be a second playable character, Sonya doesn’t make a single appearance, another casualty from the game’s rather rushed development. Instead, Jax gets a lady by the name of Gemini as his Mission Control, who doesn’t really do much besides awkwardly flirt with our hero.

Instead of using the 2.5D plane from Mythologies, Special Forces opts for a more open 3D environment, with the camera placed just above Jax; sort of like Metal Gear Solid, if it was really awful. Unlike Sub-Zero, Jax can’t jump at all, which instantly eliminates any need for jumping puzzles. So that’s one way this game beats out Mythologiesalready. The four face buttons are used for punches and kicks, with the standard block button being used to guard against enemy attacks. By holding the L1 button, you can go into a first person view and look around the environment. There’s also a “turbo” button, which lets Jax perform special moves in combination with one of the face buttons. Jax can do a ground pound or a charging punch, in either weak or strong varieties. Your use of special moves is limited by an energy meter, which recharges whenever you hit people. 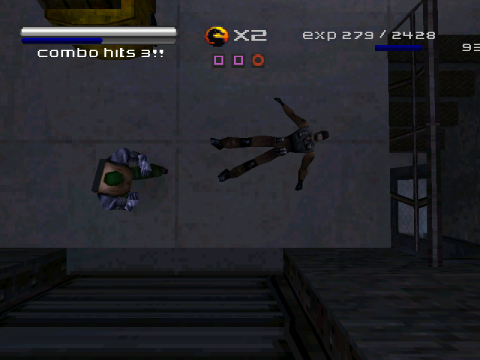 Just like Sub-Zero in Mythologies, Jax gets experience whenever he kills an enemy, although it’s no longer limited to what level you’re currently on. When your experience reaches a certain threshold, Jax learns a new combo, which tend to have names like ‘Git Some Sucka’ or ‘Takin Out The Trash.’ As you get further into the game, the combos get longer, with some of them ending in Fatalities if you manage to pull off the final hits at the same time you kill an enemy. There’s also still an inventory system for stuff like medkits, keycards (at least keycards make some sense here) and your guns. That’s right, it’s a Mortal Kombat game where you can just pull out a machine gun and shoot people to death. Stryker would be proud.

There’s a few different firearms you’ll find over the course of the game, starting off with a machine gun, to sniper rifles, to shotguns, eventually ending with rocket and grenade launchers. Every weapon has a limited supply of ammo, so if you run low, you’ll have to scour the level for ammo pickups. Jax can pull out or holster his weapon with the L2 button, and when it’s out, he generally aims automatically at whatever enemies are around as long as he’s facing them. You can also use the look mode for a first-person aiming mode, which lets you do headshots with the sniper rifle if you aim it right. Unfortunately, using the zoom on the sniper rifle doesn’t actually effect the draw distance at all, which makes it less than useful if you’re trying to shoot a far away target. In general, the guns are best used on the more powerful mooks, the bosses, or anybody you generally don’t want to get very close to. 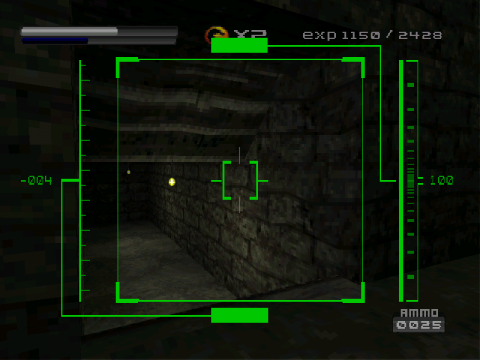 The bosses are pretty lame, and you’ll come across such fearsome foes as a ninja girl with swords, a brown ninja, Jarek, and a guy with a flamethrower named No-Face. Which isn’t even a very accurate name, since he very much does have a face, just no nose or ears.

While the game’s thankfully cut down on the instant death traps from Mythologies, the amount of wandering you’ll have to do has been multiplied tenfold. Every level involves wandering around aimlessly, trying to find whatever keycard or switch you need to actually get further in the level. The game doesn’t give you any sort of map or indication on what you’re supposed to be doing besides your level objective, so the only way to progress if you don’t have a walkthrough is run around the map until you find whatever items you need to go on. The game’s nice enough to generally not respawn the enemies you kill, but that just means you end up walking around an empty level looking for something to do. It’s especially silly when you get to the sewer level, where you have to figure out a security code by looking at riddles on computer monitors. In a sewer. It should also be mentioned that this is the second stage out of five. 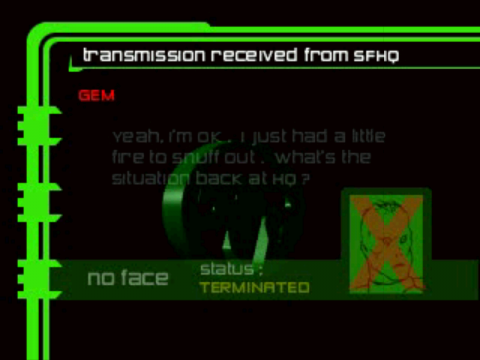 Even that would almost be forgivable if the difficulty wasn’t so uneven. The standard mooks aren’t so tough, since all you have to do is walk up to them and spam your biggest combo until they fall over. When you start getting to the guys with the machine guns, however, the game basically drops any pretense of not hating you. These guys will shoot at Jax from insane distances, blasting his health away before he can even reach them. You can’t block their bullets, either, even though you’d think that giant metal arms would be actually useful for something like that. Medkits are reasonably common, but the guys with machine guns are so common that you’ll end up blowing through them in short order. Also, the game gives you three lives and no continues. So if you’ve made a save game with no lives left, you better hope that you can beat the rest of the game without dying.

So, Special Forces is best avoided by running screaming in the opposite direction. It fails at pretty much everything it tried to do. It doesn’t do anything to add to the MK universe like Mythologies tried to, it’s a terrible shooter, and it’s not any better as a fighting game. It was more or less destroyed in reviews and forgotten on release, and it’s no surprise in the slightest. About the only idea that survived from this game is that Jax would use a machine gun as a special move starting from Deadly Alliance.