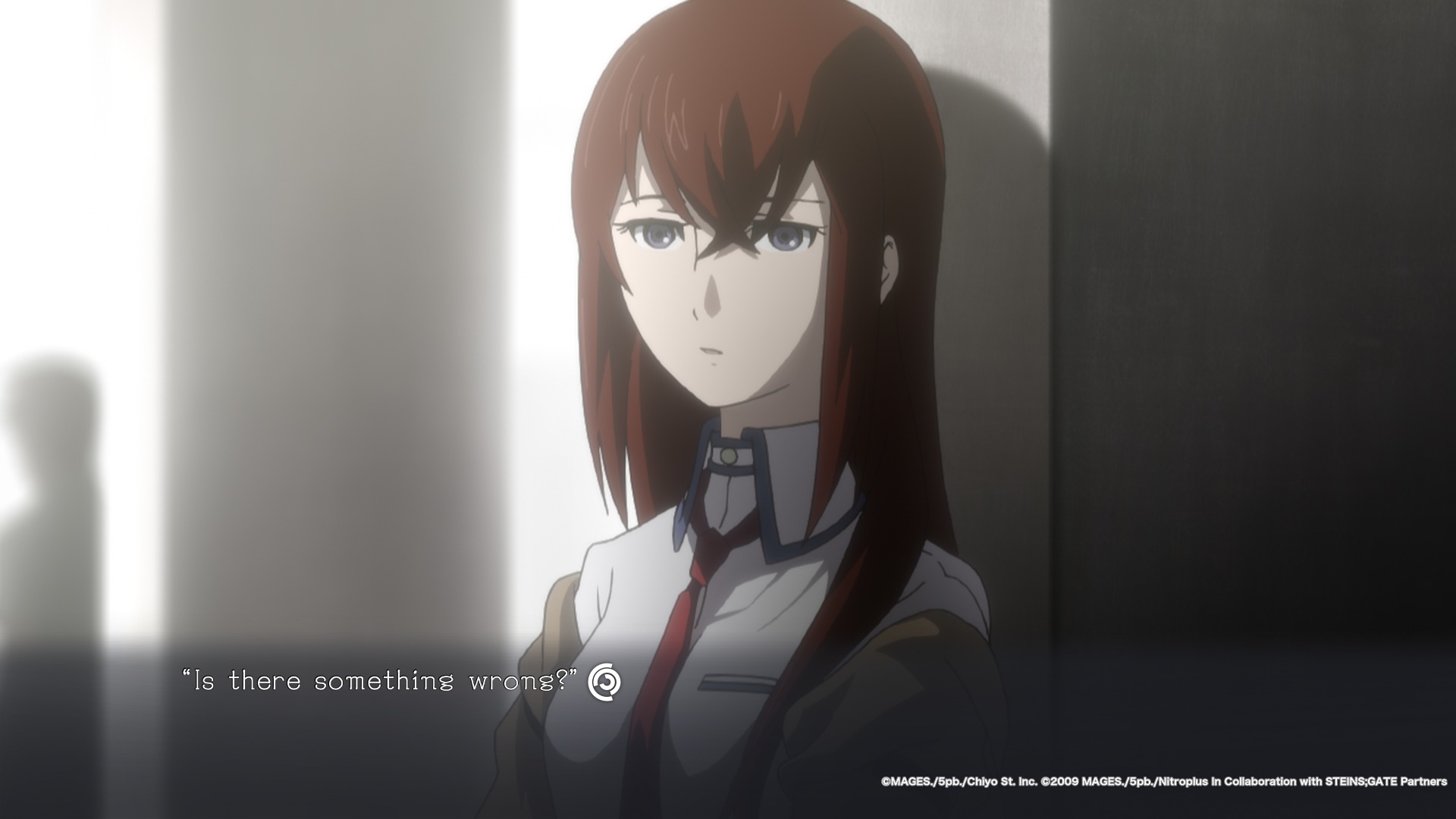 This entry is part 3 of 4 in the series Steins;Gate
Steins;Gate 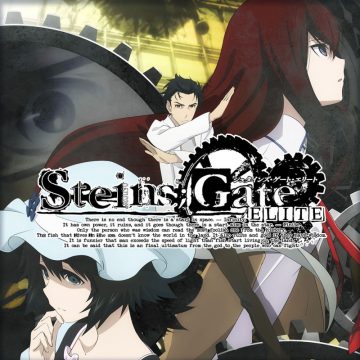 Steins;Gate Elite, a remake of the famed 2009 science fiction visual novel, was originally conceived by lead designer and producer Chiyomaru Shikura as a blending of visual novel and an anime. Such a game created from the ground up would be too expensive, he gathered, but why not reuse footage that already existed? After all, Steins;Gate is one of the most well-regarded visual novel of all time, and its anime is one of the most well-regarded adaptations of a visual novel of all time, so it made perfect sense to put it all together. And that’s pretty much the extent of it – it’s basically the same as Steins;Gate but replaces its static art with FMV from the anime. While most of it is recycled, there’s still plenty of newly animated scenes to fill in the gaps of the stuff the show skipped over, primarily the alternate endings. All of this was done by the original anime production studio, White Fox. 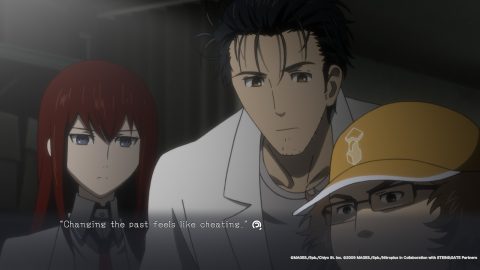 This comes with both its positives and negatives. Visual novels aren’t exactly the most elaborate games, graphically speaking, so presenting everything in animated form makes it much more dynamic and engaging. It also uniquely benefits the story of Steins;Gate itself – protagonist Rintaro Okabe is such an oddball, rambling about conspiracies and imagining himself as a mad scientist, that presenting the story from his perspective was always kinda off-putting, at least in the initial hours. Since the text really hasn’t changed, it’s still written from the first person perspective, but actually seeing Okabe act and react to the world around him helps the character make more sense, so he’s a little less abrasive. (This was also a plus of the anime, too, of course.) On the downside, the art, despite being animated, just isn’t nearly as crisp or distinctive. The adapted art of the anime is excellent, but they lack the characteristic designs and shading of Huke’s illustrations, and it feels like something is missing.

A few other things have been touched up. The interface has been completely redone, and everything from the menus to the text boxes look much nicer. It’s fixed the strange text-wrapping issues that afflicted the console releases of the original game, and the mobile phone interface is now full screen and is much more readable. 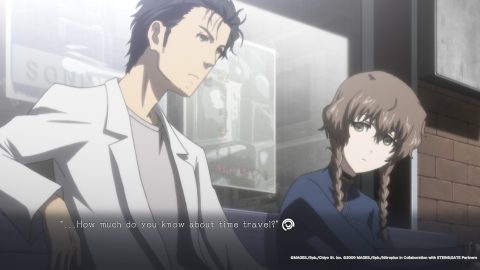 The voice acting has been reused from the original game. Since the game was never dubbed in English, it’s all exclusively in Japanese, which may be disappointing to anime viewers who expect to hear those voices. But it makes sense, considering that they couldn’t just reuse the anime voices, since the script is much, much shorter than the visual novel’s. The music is identical to the original game too.

What would’ve worked to make Steins;Gate Elite the ultimate edition would be the ability to switch between the original and revised graphics. Technically the original release is still available to purchase, but when it comes to consoles, it’s on older generation platforms (the Vita and PlayStation 3) while Elite is for the PlayStation 4 and Switch. Plus, the Japanese version of Steins;Gate 0 for the PlayStation 4 had included an exclusive HD version of the original game, which hasn’t been released elsewhere, so it would’ve been a nice opportunity to carry that forward for its localization. As it stands, otherwise, it’s really no better or worse than the original, just an alternate visual interpretation. But it is still one of the best of its kinds, so it deserves to be experienced regardless. 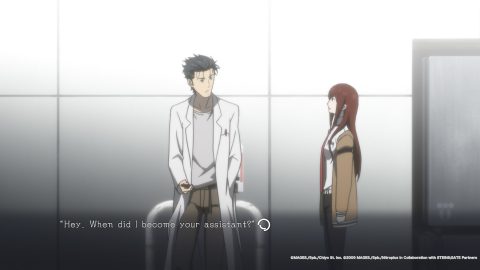 Still, new publisher Spike-Chunsoft, carrying over the reigns from previous publisher P*Qube, has thrown a few bones for English speaking fans. The PlayStation 4 version includes Steins;Gate: Linear Bounded Phenogram, one of the three fan discs released between the original Steins;Gate and Steins;Gate 0, released here for the first time in English. This isn’t just some side mode, but it’s a full fledged, 20-ish hour experience. The Switch version includes a retro game adventure game developed by M2 called 8-bit ADV Steins;Gate. While there was previously a retro text adventure game, released for PCs, this is a totally different game more in the style of 8-bit Famicom/NES games. These bonuses will probably be more worth it for fans more than Steins;Gate Elite itself.