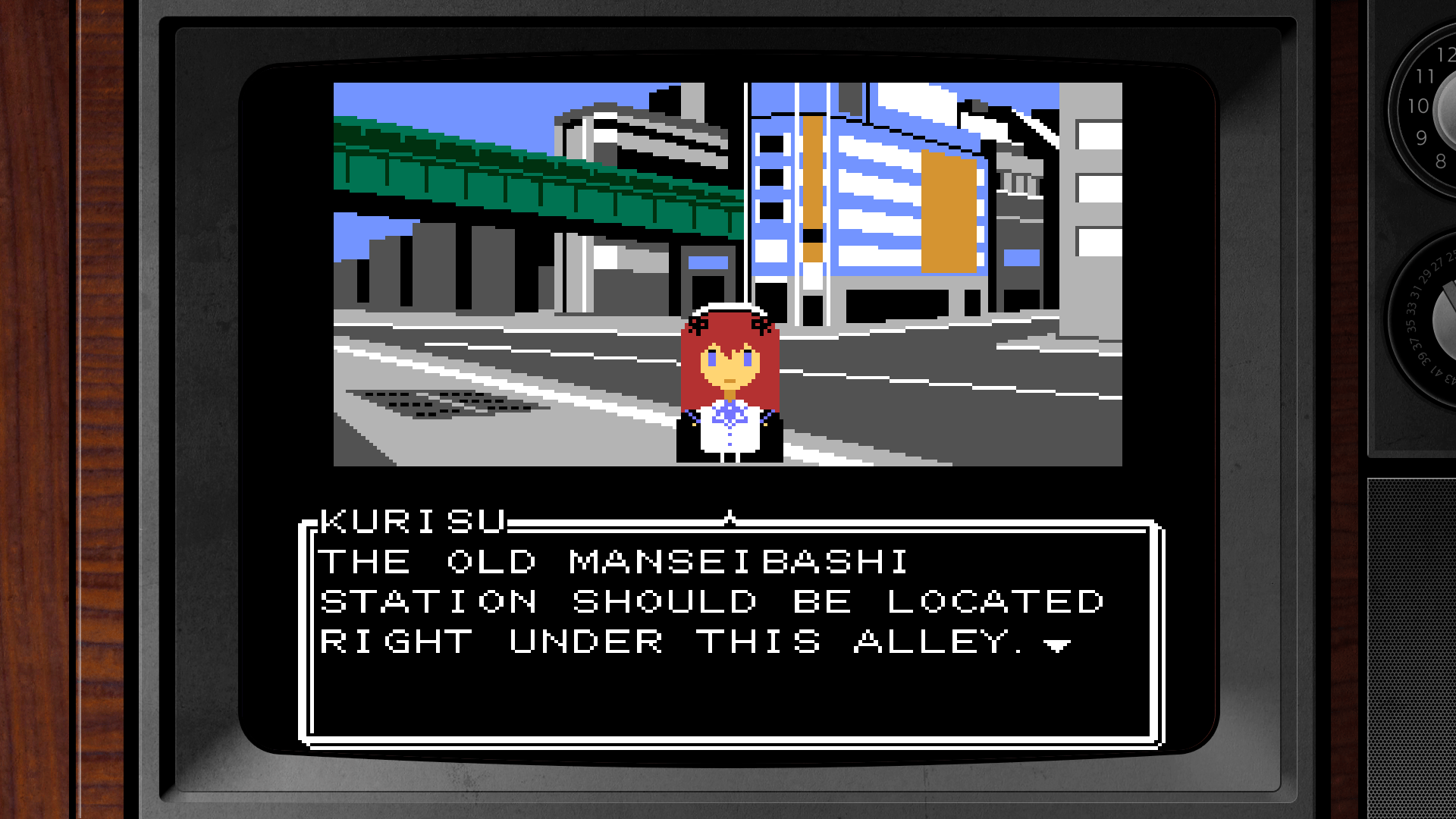 This entry is part 4 of 4 in the series Steins;Gate
Steins;Gate 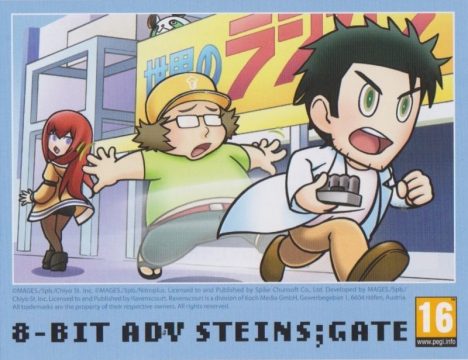 Steins;Gate has a particular fascination with retro technology, which resulted in a short spin-off text adventure made for PCs. When Steins;Gate Elite came around, a new retro-style game was commissioned, this one resembling Famicom adventure games like Famicom Detective Club. Included only with the Switch version of Steins;Gate Elite, 8-Bit Adv Steins;Gate is so faithful that it’s actually a newly made NES game run through an emulator. The presentation includes a custom color palette, a shader, and borders to make it look like it’s being played on an old TV. The game also features “demake” music tracks from both Steins;Gate and Steins;Gate 0, composed by chiptune artist Chibi-Tech, which are both recognizable and a joy to listen to. It was developed by M2, typically known for their emulation wizardry. 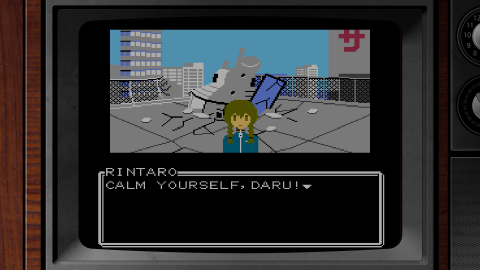 Its story, although different from the main Steins;Gate, follows the same group of characters and set pieces, so playing this before the main game will spoil the existence of certain things like the PhoneWave, D-Mail, the time machine, and the overall plot. It’s only about two hours along, with some of that time is just spent walking around. The script is vastly truncated, many events are shortened, and several are cut out entirely. Primarily, secondary characters like Lukako and Faris never get access to D-Mail, so their paths are missing.

Exploration is viewed from an overhead perspective, as you move Rintaro Okabe through Akihabara, though when you walk into a building, it switches to a first-person perspective with a command menu. Here, you can talk to people, investigate the surroundings, use something in the inventory or “crazy laugh” – after all, we are controlling Houoin Kyouma, and it’s actually required in a few points of the story, but for the most part it’s inconsequential. 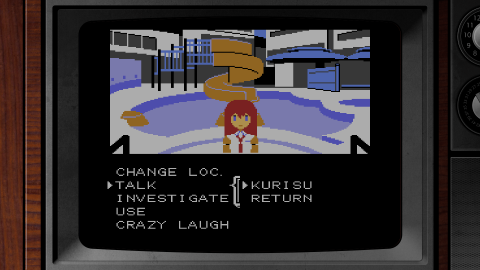 8-Bit Adv Steins;Gate offers a nice rendition of locations we see in the main game, and despite the limitations of the NES, most of them are easily recognizable. You can disable the CRT shader if you’d like, plus there’s an NES-style manual that not only has descriptions of the characters, but also has a map that highlights the places you can visit. Much of the time will be spent walking from location to progress the story, as the game is a big linear fetch quest. Most of the time you’ll know where to go, sometimes you’ll have no choice but wander around at random until you find a certain person in order to progress.

Like the very first Portopia, there’s no save system, and no password system either. On the Switch, you can just put it to sleep mode and return later, though it also means you can’t play any other games in the meantime; some kind of emulator save state feature would’ve been nice. Since the game is so linear, and so much of it is just puttering around or selecting menu commands, it’s pretty tedious to start from scratch. It’s a fun, worthwhile novelty, though, even if English speakers may not have the nostalgia for the type of game it’s mimicking.