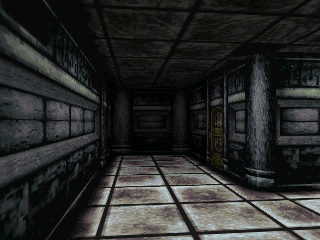 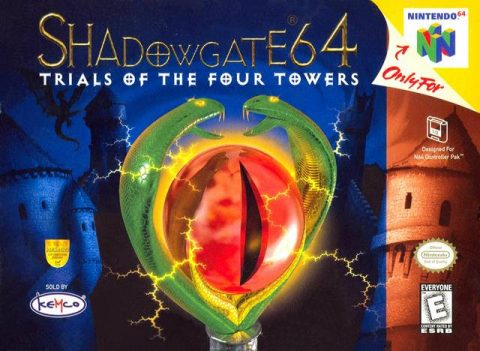 Released for the Nintendo 64 by Infinite Ventures, the successor to ICOM Simulations, the third and final Shadowgate is in some ways a return to form after the widely ignored Beyond Shadowgate. It brings back the first person perspective, this time rendered fully in 3D, and refocuses on exploring a castle instead of wandering through the countryside. However, that’s about where the similarities end, as it completely ditches the point-and-click mechanics in favor of real time movement. Despite initial appearances, it is mostly definitely not a first person shooter. There’s no fighting, and barely anything in the way of action. 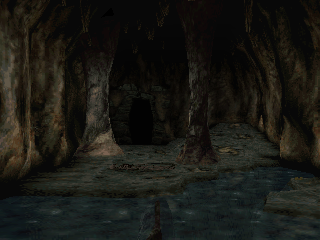 The story picks up ages after the original games, as the Castle Shadowgate has been largely abandoned by all of the monsters, leaving only a group of unseemly thieves. The hero, Del Cottenwood, is a halfling who’s been captured and tossed in their dungeon. During his escape, he stumbles upon a terrible secret – Belzar, whom you may remember as the guy who framed Prince Erik back in Beyond Shadowgate, is working to resurrect the evil Talimar, also known as the Warlock King from the first game. Only by channeling the spirit of the original hero, here named Lord Jair, can Del prevent darkness from once again ruling the land. There are four towers to conquer – hence the subtitle – as well as a village full of thieves. Like Beyond Shadowgate, the ties to the original game are minimal, outside of some of the names. The ghost of Lakmir the wizard pops up several times to advise you, and you’ll once again use the Staff of Ages to defeat the Warlock King, but that’s about the extent of the connections.

Indeed, the years have not been kind to Castle Shadowgate. Where it used to hold a mysterious labyrinth filled with monsters and traps and all manner of bizarre happenings, its new incarnation is distressingly dull. Its rooms and corridors have devolved into a generic medieval castle, filled with caves, dungeons, libraries, and dozens of dreary, empty rooms. The color palette is almost remarkably drab, and it’s hard to even look at the game without getting vaguely depressed. The general mood of the adventure feels almost like a survival horror game like Silent Hill or Fatal Frame, except there’s never anything to actually be scared of. There are no real monsters, and the only real danger comes from falling off cliffs or running into the occasional trap. (Some of the death messages are amusing, channeling the spirit of the original games, but they’re actually quite scarce. They’re also completely devoid of the silliness of Beyond Shadowgate.) The lack of an interface outside of the inventory and map screens does a good job of involving you in the environment, but it doesn’t make up for its general emptiness. 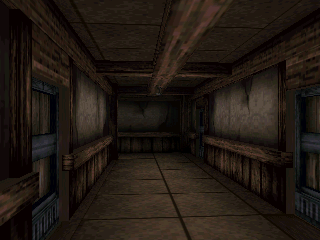 Most of your exploration is spent with your head slightly cocked downward, so you don’t miss a valuable item. The majority of the stuff you find includes books and scrolls, which relate the background story. This isn’t just flavor text though, as they provide clues or solutions to many puzzles, and in a couple of cases, you’re outright quizzed on your readings. The solutions themselves are rarely difficult; it’s more of a matter of getting stuck because you overlooked an item stuck in some dark, dreary corner, and are left trudging around slowly to find it. Expect a few other fairly typical puzzles involving a bit of trial and error, including a musical puzzle and a maze filled with teleportation points.

There is little worthwhile in Shadowgate 64. The pacing is incredibly slow, the castle is far too large and empty, and the writing, while occasionally a bit clever, is far too sparse to be interesting. The whole experience is obviously trying to be atmospheric, but it really just comes off as soulless instead.