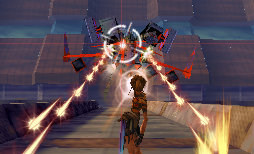 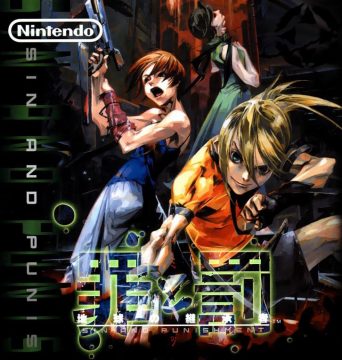 The 32-bit era was a dark age for Konami’s beloved Contra series. It saw two installments – Contra: Legacy of War and C: The Contra Adventure – both outsourced to a Belgian development team, and produced solely for the Western audience. The former was garbage; the latter was better, but only in relative terms. Since Konami wasn’t up to task, it was up to other publishers to carry on the Contra name. Sometimes they came from unusual sources, like ASC Game’s ONE for the PlayStation, development by a relatively unknown American team. But one of the best was Sin & Punishment for the Nintendo 64, developed during the twilight years of the system just as the Dreamcast and PlayStation 2 were hitting the market. It’s the brainchild of Treasure, the same guys who puts together Gunstar Heroes some seven years earlier – so it’s no surprise that Sin & Punishment does “Contra in 3D” way better than anything Konami ever produced. 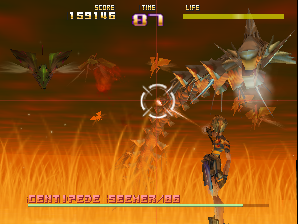 Sin & Punishment isn’t your typical 3D action game – it’s actually more of a rail shooter, similar to Panzer Dragoon or Starfox. The main difference is that you control human characters rather than dragons/starships, so you can’t fly around the screen. By default, the analog stick controls your crosshairs, while either the control pad or the C buttons controls your character’s movement, and the Z button fires your gun. In other games of this type, both the cursor and the movement are handled with the same input, so dividing up the functions alone takes a bit of getting used to. To aid with this, there are two firing modes – free aim and lock-on. The lock-on mode will automatically target an enemy once you’ve moved the crosshairs over it, so you’ll fire at it no matter where it moves. While this may seem simple, your shots are much weaker in this mode, so you need to get used to the free aim mode if you want to beat bosses within the time limit. 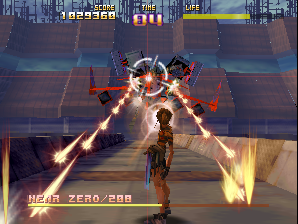 It only gets more complicated from there. Since the game is auto-scrolling, you can only move left or right. However, the shoulder buttons will make your character jump, which are really only used for a handful of sections with pits. You can also counter most enemy projectiles with your sword by highlighting an enemy with your crosshairs, waiting until the projectile is about to hit, then press Z to reflect it back.

That’s a whole lot of functionality to take on at once – it’s like trying to pat your head, rub your belly, chew gum, and solve trigonometry problems, all at the same time. Until you get to the stage where you master everything completely, you’ll probably find yourself making a ton of stupid mistakes, like walking straight into enemy projectiles or routinely falling into pits. Thankfully, like most Treasure games, you have a pretty huge life meter, and can sustain quite of bit of damage before you croak. Even then, you get extra continues every time you kill one hundred enemies, so there’s plenty of room for error. But once you do master them, every single other rail shooter seems simplistic by comparison. There is a “two player” option where one player controls the character movement while the other aims, which can potentially result in all kinds of hilarity. 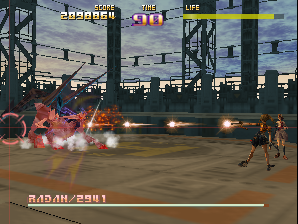 Of course, like most Treasure games, it’s the level and boss design that really elevate Sin & Punishment to classic status. There are technically only three stages (in addition to a brief a prologue level), although each is broken up into several parts. It’s rare that a section goes on longer than it has to, and each is filled with boss fights that challenge your mastery of the control scheme. There are a few times when the perspective changes to a side scrolling view, which is a cool change of pace, but the highlight of the game is a stunning sequence where you zoom haphazardly around a fleet of battleships – riding on what appears to be a sheet of metal, being telepathetically controlled – taking down an entire fleet of carriers and fighter jets, until you ascend into the sky and destroy a gigantic flying fortress piece by piece.

There are a few times where you need to use your sword in boss battles, which are actually pretty cool. One foe, a malicious foe named Kachua, will hover in the middle of the screen, and use his psychic powers to toss tumbling enemy soldiers right at you. He appears with full health, but a single well timed sword slash will take him down instantly. At this point, he turns into a gigantic being, and Saki morphs into a gigantic Evangelion-style mech – he controls the same, but the scale is far more grandiose, with Kachua’s form taking up nearly the entire screen. After defeating it, he hides under the surface of the lava, sending out crashing waves of death that need to be skillfully jumped over to survive. 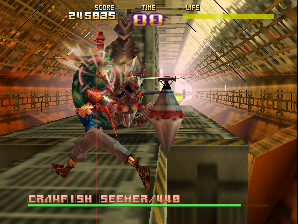 In other fight against a dully-named enemy called Brad, you need to attack both him and his furry little pet companion. The only way to beat him is to wait until he jumps close enough, engage him in sword-on-sword combat, and mash buttons until you send him crashing through the windows and out to his death, regardless of his health. And that’s the say nothing of the final battle, where you have to fight an entire planet. In an ode to Missile Command, is bombarding the Earth with ICBMs, forcing to you divide your firepower to protect the earth from damage while still fighting your primary foe.

Sin & Punishment is full of crazy set pieces like this, all told through one of the most absurdly convoluted plots in any video game. The whole story is told with terribly acted, terribly written English dialogue – subtitled in Japanese – but the game never bothers to introduce the world or the characters. There’s something about genetic mutations due to blood transfusions, resulting in a group of enemies known as Ruffians. Your characters, members of the Saviour Group, band together to save Japan from this menace. 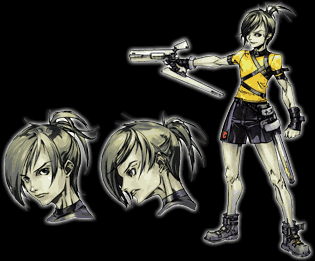 The main character for a majority of the game, he is the leader of the Saviour Group. He received a blood transfusion from Achi, which seems to have given him mysterious powers. 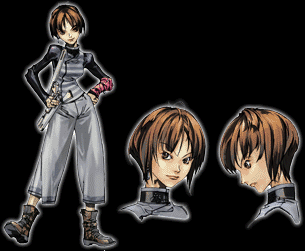 Another member of the Saviour, Airan was rescued by Saki, and fights alongside him. When Saki is taken out of commission, you play as Airan for a whole stage. 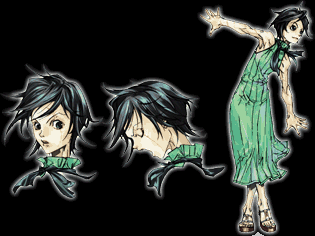 A mysterious woman who possesses great power. The populace seems to regard her as something of a messiah, especially since she fights alongside Saki and Airan, but there’s quite a bit of mystery lurking beneath the surface. 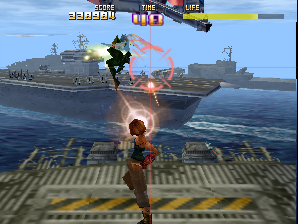 By the end of the game, very little of this will have made sense, but the game seems awfully proud at how nonsensical it is, and it’s hard to dislike that kind of naive pretentiousness. All of it can be skipped instantly with a press of a button, so it may as well not exist if it bothers you. Plus, while the visuals are generally pretty fantastic when you’re actually playing it, the angular, low polygon character models just can’t accurately portray Yasushi Suzuki’s artwork. The music is also a bit on the dim side, a blaring, meandering quasi-rock score that seems awfully disinterested in itself and is a poor accompaniment to an otherwise outstanding game. 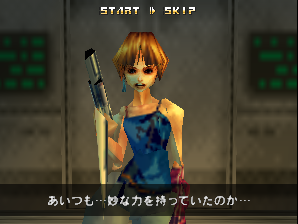 Sin & Punishment was released near the end of the Nintendo 64’s life cycle, and is one of the few Treasure titles published by Nintendo themselves. (Previously, Nintendo of America distributed Mischief Makers in North America, and Treasure was later commissioned to develop Wario World for the Gamecube.) The English dialogue seems to indicate that it was primarily intended for an overseas release, however, due to the flagging sales of late Nintendo 64 titles like Conker’s Bad Fur Day and Perfect Dark, it was only released in Japan. It wasn’t until 2007 when it was released on the Virtual Console for the Wii that North American and European gamers could experience Sin & Punishment without importing. The Classic Controller makes it a bit easier to control, and the enhanced resolution makes this the definitive version of the game. The menus are translated, as well as the tutorial and ending text although the subtitles are still in Japanese. Since Sin & Punishment is technically a Nintendo property, Saki also makes an appearance in Super Smash Bros Brawl as an assist character. 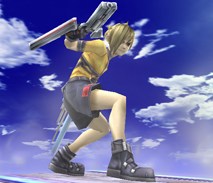