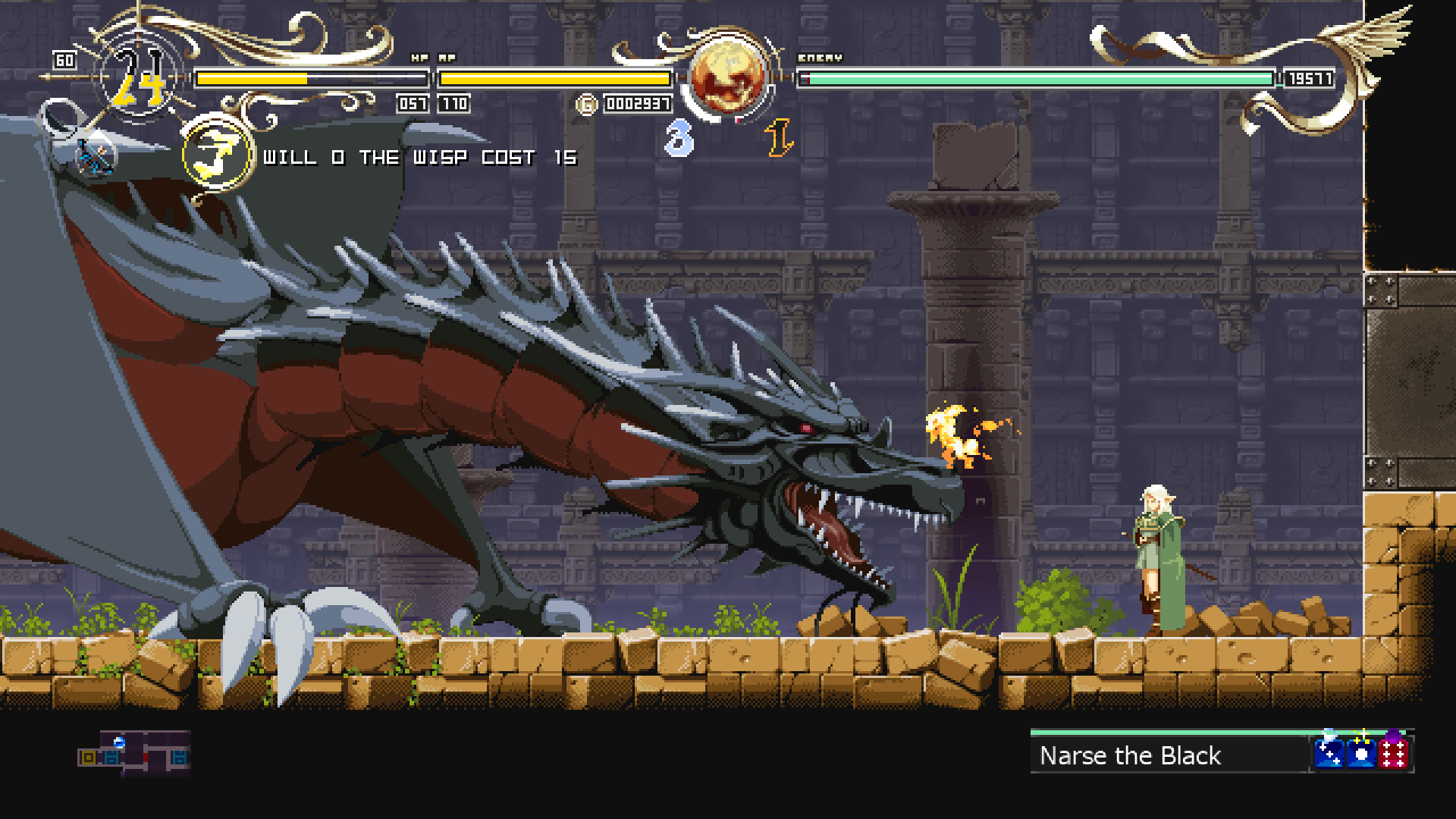 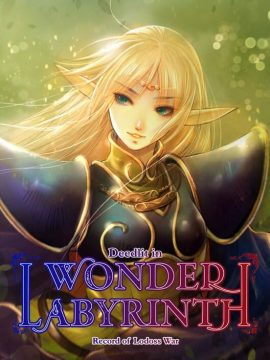 Record of Lodoss War is one of the most influential works of fantasy fiction in Japanese media. Beginning as a series of tabletop RPG sessions that were serialized into stories, and written by Ryo Mizuno beginning in 1986, it spawned two anime series, a few manga series, several video games, and its own tabletop ruleset.

One of the most popular characters in Lodoss War is Deedlit, the blue-eyed, blond haired elf that was the object of affection of a whole generation of fantasy RPG fans. She’s also the star of Deedlit in Wonder Labyrinth, a Metroidvania from Ladybug released in 2021, as a direct follow-up to their Touhou Luna Nights. It ties in directly to the latest entry in the Lodoss War novel series, Diadem of the Covenant, and both were created with the input of Mizuno himself. 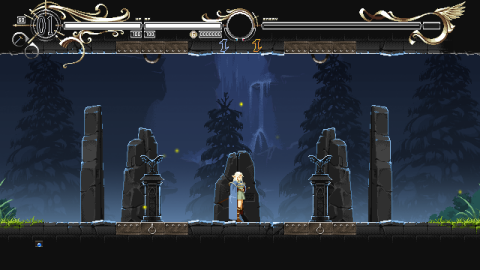 The game begins when Deedlit finds herself swept away into a mysterious labyrinth, and must fight her way out. During her journey, she’ll meet up with several of her old acquaintances, friend and foe. The game doesn’t technically require any foreknowledge of Lodoss War – the world is heavily inspired by Dungeons and Dragons, so as long as you’re aware that Deedlit is a magical elf warrior, you know enough to play the game. But the story does expect you to know that, for example, the knight Parn is Deedlit’s lover and dark elf Pirotess is her nemesis, among many other faces that show up. The plot is intentionally obscure and confusing, though, so even those in the know will find themselves a little lost.

Expanding on Touhou Luna Nights, Deedlit in Wonder Labyrinth plays even closer to Castlevania: Symphony of the Night, with the heroine looking and controlling like a blond female Alucard, right down to the trailing shadows when she moves. The weaponry has been greatly expanded, featuring a number of unique weapons like swords, daggers, claws, axes, spears, and throwing weapons like a boomerang, shurikens, and chakrams. There’s even a weapon so large and unwieldy that it’ll get stuck in the ground whenever you swing it, requiring several seconds for Deedlit to recover it, as well as a sword that acts like a magical equivalent to a chainsaw. The dwarf Ghim also appears as a shopkeeper.

Deedlit is also a master archer, and so there are plenty of bows to use, which drain a small amount of her magic supply when fired. There are also a handful of magic spells, which are fairly powerful. Near the beginning, you find a Will of the Wisp spell that fires out several homing projectiles that can cause plenty of damage, and doesn’t drain much magic, allowing you to use it regularly. 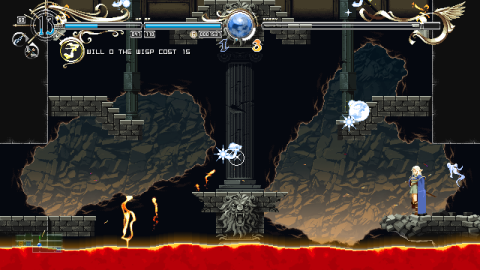 The core of the gameplay mechanics revolves around a polarity system, based on the elemental spirits – blue for the water sprite Sylph and red for the fire sprite Salamander. Bullets and gates of the matching element color will be absorbed and used to replenish your magic meter, which is similar to how it worked in the famed shoot-em-up Ikaruga that popularized this mechanic, but it’s considerably more complex here. Separate from your main magic meter, there are also levels for each magical type, maxing out at three. Whenever you kill an enemy, you increase the opposing level’s strength, making it more powerful. Additionally, if using a maxed out elemental power, you’ll also slowly regain health, at no extra cost. The downside is that taking damage will also immediately decrease that magic level by one, removing that perk until you build it back. Most enemies (outside of certain attacks) use non-elemental physical attacks, though, so you’re always vulnerable to them regardless of which spirit you’ve equipped.

All of this creates an interesting dynamic – if you’re maxed out at both levels, then you’re incredibly powerful, but if you take a hit or two, then you lose that strength, and need to play much cautiously to build yourself back up. Deedlit’s defense is pretty low and many enemies can kill her in just a few hits, plus she can be randomly stunned when taking damage, making her even more vulnerable. It’s very easy to be cocky but then be reduced to nothing due to a poorly fought encounter. Similarly, boss battles are intensely engaging because not only do you need to deal as much damage as fast as possible when you’re powered up, but also need to fight defensively when you take a hit in order to heal up.

The elemental affinities affect other things, too. Enemies have different resistances, so you’ll need to switch to opposing magic to damage them. Each also has unique movement capabilities – the wind spirit allows Deedlit to hover over pretty much everything, while the fire spirit adds a flaming kick to her slide maneuver. However, it does sometimes feel like too many things have been piled on. Though there are plenty of small signifiers that show which element you’re using – the color of the magic bar, Deedlit’s cape and shadow, and the little spirit who fights alongside next to you – it’s often hard to tell from a glance which you’re using. It’s easy to make mistakes like forgetting to switch to the wind spirit when you need to levitate over some spikes and end up getting skewered. 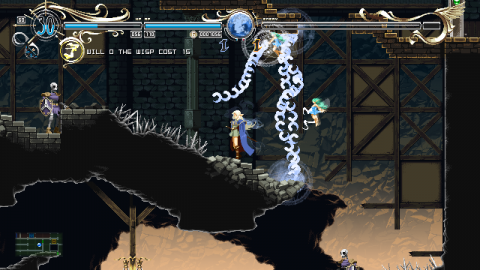 Other aspects are clumsy or poorly thought out. There’s no separate inventory, so magic and curative items are handled by the same button. You need to hold this button to switch between them, and it’s very easy to select the wrong one and misuse an item in the heat of the moment. Much like Symphony of the Night, there are lots of weapons, but some are very clearly more powerful than others, and there’s rarely a use for the bows.

In fact, the only thing the game could think to use the bow for is for some light puzzle solving, where you need to aim and shoot arrows through reflecting walls in order to open doors. These segments are nothing but trial and error, as you aim through small openings and slightly adjust your position or firing angle until you find success. Since firing arrows uses magic, if you’re unlucky and don’t hit the target, you’ll either need to sit and wait until it replenishes or restore it through some other means before you can come back.

Outside of these particulars, the game is structured almost identically to Touhou Luna Nights. The game is broken up into levels, and while you need to explore a little bit within these areas to find the correct path to the next item or switch, there’s rarely a need to revisit previous stages unless you’re looking for hidden items. The stage design does get a bit repetitive, though there are enough enemies introduced in each area that keep it from getting old. It’s also not too long, either, and can probably be beaten in about five or six hours. 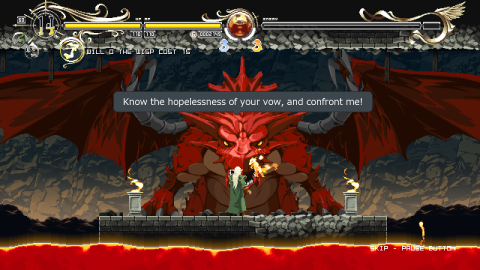 Visually, the graphics are excellent, particularly Deedlit’s animations, as well as the many enemies. Especially impressive are the boss fights against the dragons, which are huge. The backgrounds get a little samey, but there’s still some subtly pleasant visuals. The soundtrack is a little unusual, meshing up dramatic orchestrations with prominent bass lines, largely lacking in melody. They always feel like they’re building up to something and never quite get there, but they make for good exploring music.

For the most part, Deedlit in Wonder Labyrinth is an improvement over Touhou Luna Nights, but they’re so similar (outside of the setting and the elemental flipping mechanics) that it’s a minor one. The added weaponry adds a bit of much-needed depth, but at the same time, it feels a little messier. In spite of its adherence to its formula, it’s another quality Metroidvania, and both its quick pacing and brief length make it easy to recommend, even if you can’t tell a Parn from an Ashram.