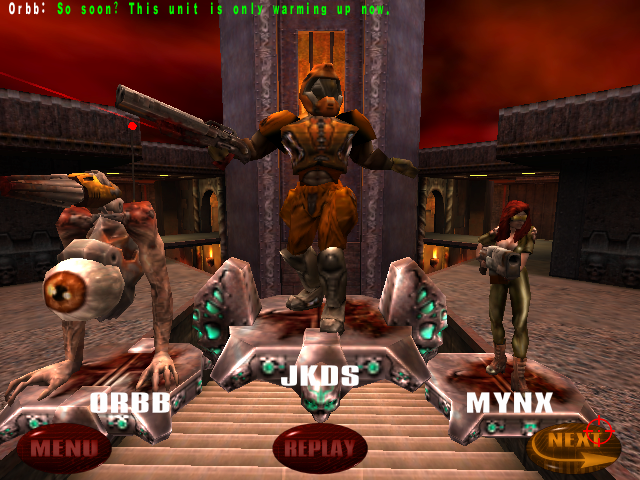 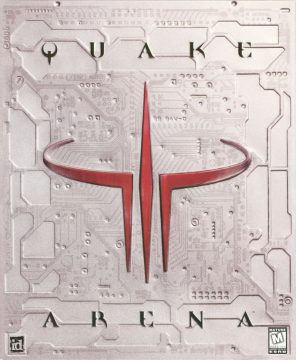 Releasing just a month after Epic beat them to the punch with Unreal Tournament, Quake III: Arena is the moment that the entire focus of the franchise made a hard right turn. Upon realizing just how big the deathmatching scene was for the Quake games, id Software decided to make the next one online play focused, and it paid off. The game got a huge community around it, and id was sure to keep them placated with ports, re-releases, and even a version of the game for browsers now moved to Steam. 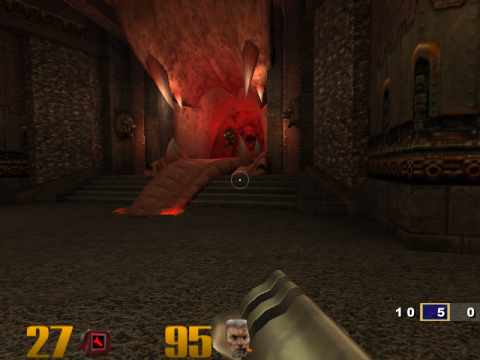 That change in focus also gave the game a different feel. Running on id Tech 3, Arena was a faster beast with some technical change-ups, including real time reflections that get shown off in the tutorial map. You moved fast and fluid, and shooting never felt more natural. Even the weapon selection was carefully chosen for the game’s competitive balance, starting everyone off with the gauntlet (a chainsaw fist, basically) and letting you find a mess of classic guns on the map.

The lightning gun and machine gun let you damage someone as long as you kept them in your sights, grenade and rocket launchers unleashed splash damage chaos, shotgun was up close death, the plasma gun can keep the heat on with hard projectiles, the railgun was a death machine in the hands of an accurate player, and the BFG is the BFG. The Team Arena expansion also added in the punishing chaingun, a proximity mine launcher, and the good old nailgun. 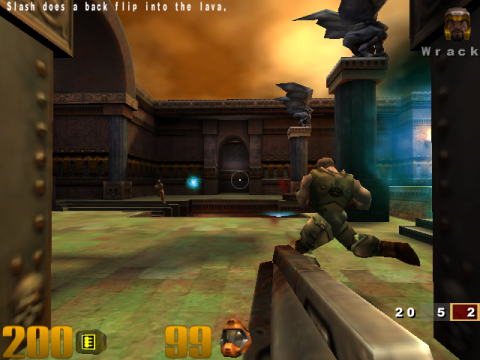 Every weapon had a clear use, better and worse in various situations compared to others, fitting a variety of play styles and skill levels. Most importantly, they all feel great to use in sound and visual feedback, with exception to the machine gun because it’s a hit scan weapon that isn’t a chain gun and therefore outclassed by most everything else in feel and damage output. Their projectiles also created a certain flow to combat you could learn to read, and would have to even in single player for the sorts of fights you’d have. Dodging and weaving through fire was never as important as it was here.

Since this was a deathmatch game, the single player campaign was designed around deathmatch bot arena fights. The flimsy plot excuse here is that all the biggest gun boys and gun girls were summoned by a powerful alien overlord to see who was the biggest badass in the multiverse, allowing Bitterman, the Ranger, and the Doom Marine to all appear in the same game. Everyone else was an edgy 90s anti-hero OC and also some army guy who chews a cigar literally named Sarge. There are no actual differences in gameplay from character to character so none of this really matters for the core game focus, but it does add some aesthetic variety to the messy bouts. A gun touting eyeball spices things up, after all. 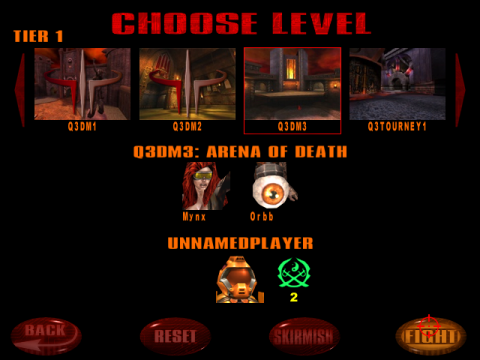 It’s also worth mentioning that the various ports had significant differences, like the PS2 port by Bullfrog called Revolution lacking any online functionality (unlike the beloved Dreamcast version, which still has an active community). To compensate, that version included some characters from Dungeon Keeper, more single player options, and most bizarrely, actually having a final boss fight against one of the aliens behind these arena fights. The later browser version, Quake OnLine, also toned down a few edgy bits of set design with floating TVs to get a lower T rating and has kept the game on the competitive scene to this day. 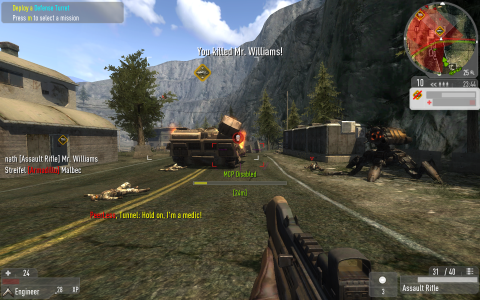 There are also two other online focused Quake games worth mentioning inspired by Quake III‘s success. There was the last game in the Strogg sub-series called Enemy Territory: Quake Wars, an online focused shooter with an experience points system set during the initial invasion of Earth. It was made by Splash Damage some time after their Enemy Territory: Wolfenstein game made alongside Return to Castle Wolfenstein. The game was clearly inspired by the likes of Team Fortress, offering character classes and a lot of unique abilities not shared by all characters, though with the further addition of vehicles. Sadly, the game was taken offline in January 2020, leaving us with one less Strogg game to enjoy. 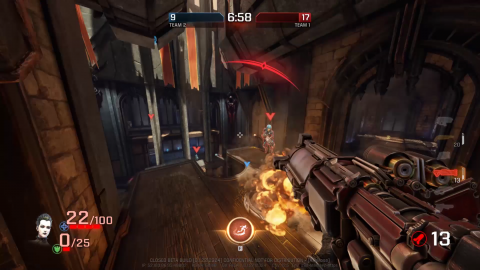 What is still around is also not inspiring confidence in the franchise brand, despite the presence of Strogg in it. 2017’s Quake Champions was a release after the Bethesda buy-out that is still in early access as of writing, notably not made in an id Tech engine. It originally released after a closed alpha period at $30, but is now a F2P game that locks most content behind microtransactions and loot boxes. It still gets updates and new content, plus has some great music by Andrew Hulshult, a composer from the DOOM modding scene turned professional composer for DOOM Eternal DLC and the likes of Dusk and Amid Evil, among many others. It’s a strange combination of hero shooter (ala Overwatch) and classic run and gun play with weapons scattered about the maps, and also includes characters from the most recent DOOM and Wolfenstein games, along with a homage character to Raven’s Heretic and Hexen games. The game has an audience, but not a particularly vocal one.

Neither of these games set the world on fire, exactly. id Software was mainly in a weird catch up period it only got out of in the revived DOOM franchise, where they focused on chasing the trends of the genre they helped cement. The Quake series has floundered as a result, not with any outright bad releases, but few that have managed to carry the importance the first game brought, especially as the move away from single player has resulted in online games that felt derivative to what everyone else was doing. 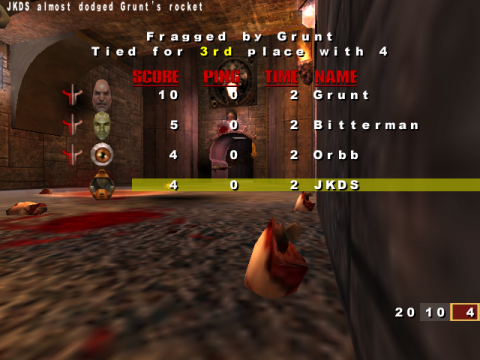 That makes the last game in the franchise with a single player campaign something special. Raven’s Quake 4 was one of the few games made with the id Tech 4 (the DOOM 3 engine), and one of the low key gems of id Software’s franchise releases.