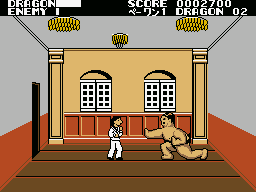 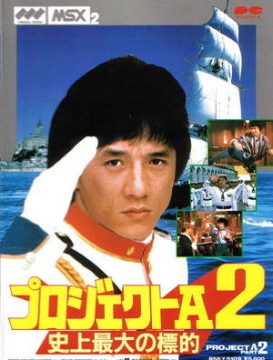 Pony Canyon’s last effort on the MSX was the 1987 release of Project A 2. This game is based on the movie Project A Part 2, which was filmed specifically with Japan in mind. According to popular legend, the emperor of Japan was such a big fan of Project A, that he sent word that he wanted to see a sequel, and so Jackie decided to do so. The movie picks up right after the end of Project A, as the pirates are defeated and the few remaining survivors take a blood oath to seek revenge for their fallen brothers. Ma is transferred to work as a police officer to figure out if the allegations of corrupt policemen is indeed true.

This game is a clear departure from the other much more simply designed games on the MSX. This time you control Ma in an open end adventure, similar to Zelda II: The Adventure of Link. The graphics have gotten a huge boost thanks to the MSX2 hardware, and look quite defined and appropriate, with Ma wearing the iconic sailor suit, even though in the movie he is mostly seen in civilian clothes and police uniforms. You walk around the streets of Hong Kong, collecting clues about the pirates, and engage in fights against foes of all kinds. There is plenty of dialogue in this game, and while the story doesn’t exactly follow the movie, it does a good enough job representing the feel of Project A as a whole. As you walk around buildings, you’ll find random thugs for a quick fight, and also different bosses, including a sumo wrestler and a police officer which seems to be based on Yuen Biao’s character in the first film. 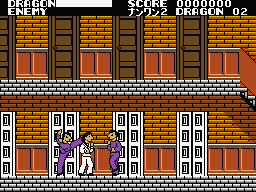 Ma has a small range of attacks, with a punch, high kick and low kick. He can also block incoming attacks and perform a long range back flip to escape quickly. As you stand by the walls, you can also perform a kick from bouncing off the wall. The music is also much more catchy, and the stroll music is quite enjoyable. This game is by far the best of the MSX Jackie Chan outings, and quite a good game when all is said and done. It’s a title that would be fun to have fan translated one day so that fans can enjoy this quite elaborate MSX adventure. The game is reasonably hard unless you can read Japanese because of the clues, but the action makes it an enjoyable play through nonetheless.

There were two versions released of this game. One officially by Pony Canyon, and an unofficial copy by the Korean group Zemina. There’s no real difference between the 2 versions other than a slight variation on the title screen.

Jackie Chan in The Protector