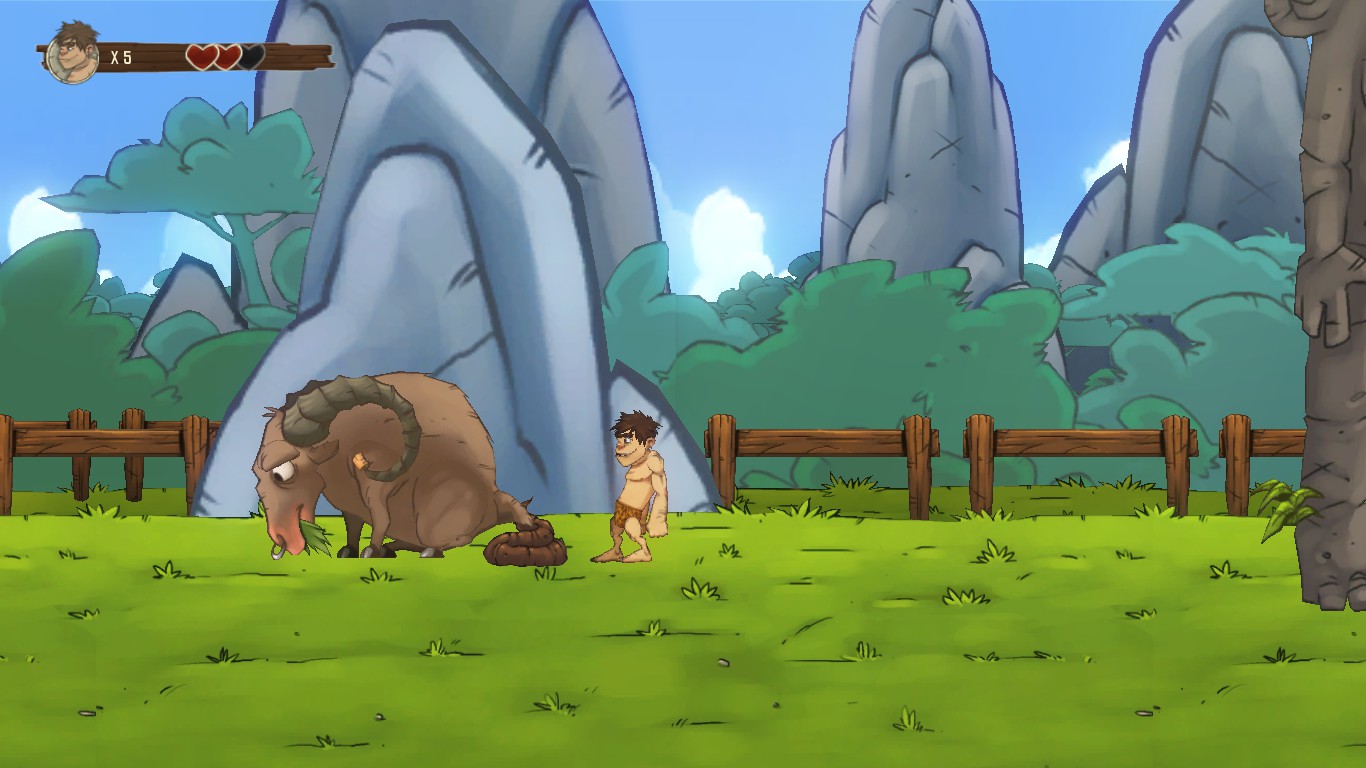 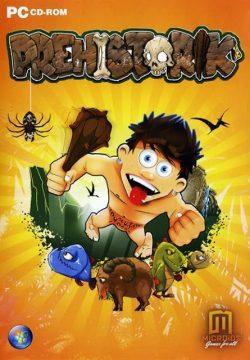 Prehistorik was once again resurrected for PCs, Steam and Apple devices in 2013 by French companies. It was published by Microids and developed by 3DDuo and Anuman Interactive, under the label “Joystick Replay”, specialized in remakes of old properties. It’s a quite obscure entry in the franchise, because it was unlisted from the Steam store, the companies’ sites and it doesn’t even have an entry on MobyGames. But it’s not a great loss, as we will see.

The game is again technically a remake of the first title, but taking something from the other games as well, like the plot (our hero, now re-renamed Grag, must retrieve his tribe’s food supply) and some gameplay features (running on all fours, bouncing on enemies’ heads, killer shouts and the search for the BONUS letters) as a homage to the series. It also sucks on all accounts. 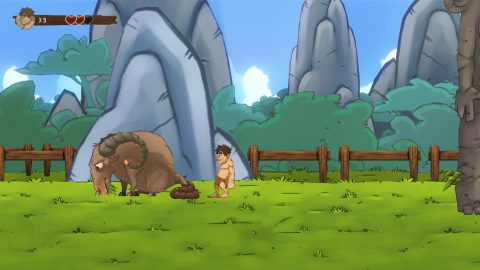 The levels are huge but dull, mostly empty and haphazardly designed, without the joy of looking for hidden stuff, and the volcanic area is entirely missing. Grag can again look all around him, but this time it’s mostly pointless. The boss battles are now in three phases, but are even easier and more repetitive than before. There are collision detection problems, that are accentuated when playing on Apple devices since the touch screen controls aren’t as precise as the PC’s keyboard or joypad controls.

The presentation is somewhat nice, if very reminiscent of a Newgrounds game, with a few graphical touches added (including a truly absurd amount of bloom effect) but stiff, barely animated sprites. Grag has been redrawn to look more like a “real” neanderthal and the foods to be picked up are even more anachronistic: there are donuts, slices of pizza and Chinese takeaway boxes. The BGM are wacky tribal tunes that don’t leave any impression, and Grag makes all sorts of grunts and noises (humorously credited to “The Paleo Men Drunk Company”).

The devs wanted to do a more comical game, but it comes off as very juvenile, since the comedy consists mostly of random pop culture references, tired gaming parodies (the level set at night is a spoof of well-known art game Limbo, monochrome sprites with blank white eyes included) or vulgar humor: in the beginning you have to save the helper character (a talking fly) from a heap of dung, then meet a flasher hiding in the bushes and then have to go through a series of bathroom stalls – all this in the first five minutes! 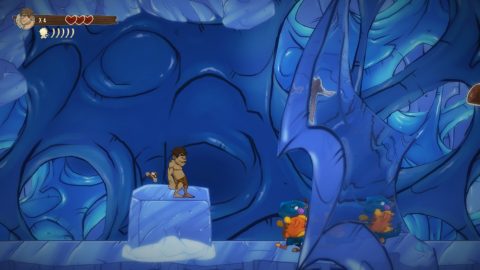 The final boss, the giant caveman, has been turned into a horrendous “sissy gay” stereotype (because he’s a “Homo” Erectus, get it? Ugh…) and the battle is annoyingly stretched out only because our hero often fails to grab the vines needed to reach the top of the screen.

A gag that becomes annoying fast is Grag randomly slamming with his club the enemies towards the screen, “cracking” it; it’s mildly amusing the first three or four times but it actually only manages to obscure the visuals and cause yet another mistake, already not helped by the sub-par controls.

This game is an example on how not to remake an old property: it came and went unnoticed and only managed to cause the knuckle-dragging neanderthal’s extinction.