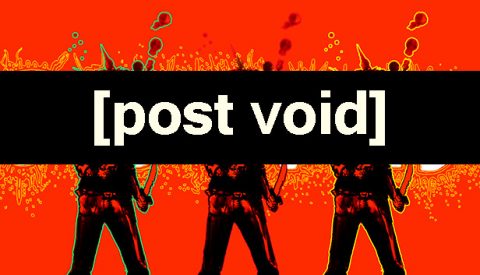 You are a being who was peacefully living in the void, taking in all that never ending nothingness, loving every minute of it – and then there was sudden things and stuff and it was just awful and terrifying. Thus, you are now running around with your own head in your left hand, which drips life goo, shooting at abominations trying to get back to the void as you are stuck perpetually in the time and place post-void. Absolutely none of that makes sense – logical sense at least. But emotionally, you may have felt a vibe with that. Welcome to Post Void, a game all about bad vibes and flowing with them. 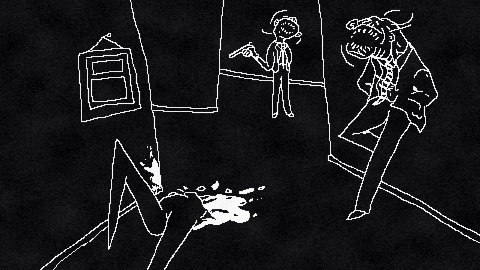 Mechanically, Post Void is apart of a running trend of small FPS games where you go through short, randomized levels, collect an upgrade of three at the end, and go as far as you can before you die. Design wise, Post Void is a nightmare mixed with a heart attack melted into an experimental 90s MTV animation filled with screaming guitars, flashing lights, and gooey explosions of blood and guts. You have a time limit through your health bar always dropping (expressed with your head dripping goo) and need to find that exit while also killing the very dangerous enemies trying to wear you down with a very hard to see crosshair that forces you to fire like a madman the moment you think you see anything. In a subgenre all about stressful micro-experiences, Post Void is the most that through sheer style, pushing you to your limit and then leaving you in this simultaneously calm but frantic mood as you make order of the chaos (with bullets). 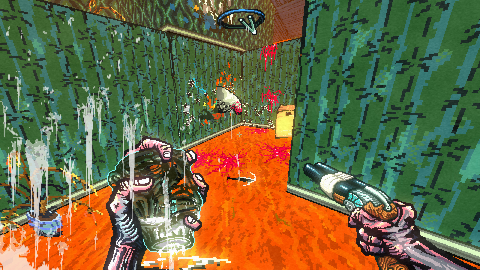 What’s even stranger about this already extremely weird game is the developers are established and have released two fairly traditional games built around exploration and strategy, each with a sort of eldrich horror feel. You can see the basic thematic bones, but Post Void choosing to go in such an aggressive, crazed direction is still quite the style change. It’s the sort of bizarre experience you only find from the small games scene, just three people credited and everyone adding to the music and look. They even made a music video which, like the game, looks like a bad trip. 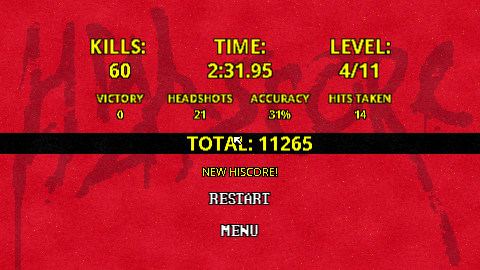 Post Void is a difficult game to write about for the simple reason that you just have to experience it once to get it. To get the feel, the mood, the vibe. You understand everything that is to understand within seconds, something primal and loud. It’s the monkey in your brain kicking in the survival instincts, and it’s something that starts to feel like second nature. Most FPS games go with cool aesthetics to make you feel like a gun toting badass. Post Void makes you feel the mood of what it would be like to be in those gunfights, and it is a feeling unlike anything else out there in the world of games.