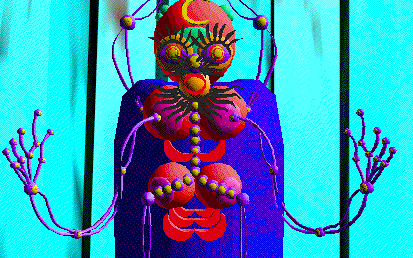 Even though Tong-Nou wasn’t necessarily a commercial breakthrough, Sato decided he didn’t want to stop there. One year later, in 1995, his new game was already completed and again released exclusively on Japanese Macintosh machines at first. Unsurprisingly, it never left its native country this time. Yet, when the game’s existence was discovered by Western players more than fifteen years later, it gained quite a reputation. Not for its content mind you, but actually for the fact that it was considered to be completely impossible to find. Similarly to how some films didn’t survive the test of time or war, Chu-Teng was thought to have disappeared – it had become a “lost game”. 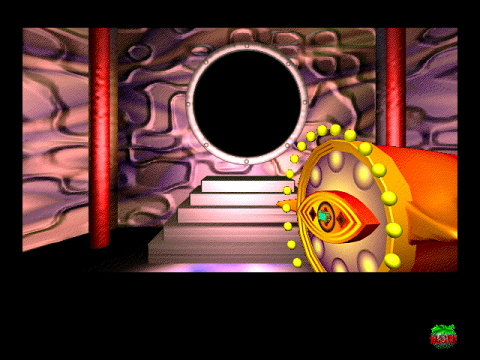 Well, that’s what fans thought before some guys from 4ch’s /vr/ board – who can do great stuff when they don’t spend their time insulting each other – decided they would put their hand on this game, whatever the costs. After having turned the Internet upside down, experiencing a frustrating refusal to rip the game from the only Japanese collector known to own it and getting the word from Sato himself that the game was so damn rare that even he didn’t have a copy, it seemed like a lost cause. And it would have been, if not for a sudden and unbelievable stroke of luck. As the gang of anons was scrutinizing every corner of the Internet, some guy came out of nowhere claiming a copy of the game was lying around somewhere in his attic. Very few people were convinced of that assertion’s authenticity, and rightly so. Yet, what seemed indeed like a tease proved itself to be perfectly true. So, that is the story of how Chu-Teng was brought back to civilization – technically, by a random guy who happened to be browsing the Internet’s backdoor portal at the right time. So, now this game is finally available to mankind, what is there to say of it? 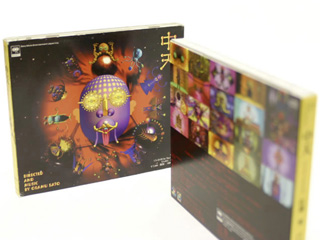 A copy of the game as shown on OSD’s website. They don’t even have it anymore.

Beyond the sky, there is something we call the “Teng” – which could be translated as “heaven”, while keeping in mind it’s much closer to the Buddhic notion of devaloka. However, the peace of this metaphysical space is one day disturbed by the infiltration of clouds of darkness in the Ge-Teng – “outer heaven”. That is when the noble Suinshin entrusted a retainer from its shrine with a quest – that creature’s name is Nanshu, and he’s the only one capable of going into the Ge-Teng by separating his head from his body and materializing as a giant purple grimacing face. However, it doesn’t go as planned – the dark clouds take the best of Nanshu’s head and it burst into bits. Some part of his face, hovering in cosmos, fortunately find guidance with the help of a light emanating from the surface of the Earth – which happens to be the glow emitted by the soul of Rin, as he comes back from his weird adventure in the Far East. Having to resort to Rin to save him, Nanshu’s voice echoes: “My ears will become the device that will gift you with knowledge, and my right eye will become the ship that takes you to the Chu-Teng.”

This Chu-Teng is “middle heaven”, the core of Teng itself. It’s divided into three connected areas you can travel between using that eye-ship: The Shrine of the Moon (Tsuki no Miya), the Shrine of the Stars (Hoshi no Miya) and the Shrine of the Sun (Nichi no Miya). It is in these sacred lands that you will be able to get all the part of Nanshu’s face back. And that’s how Rin got back to spiritual adventures – this time, not on a faraway island, but way above the sky.

Sato definitely has a soft spot for Buddhic spirituality, doesn’t he? And for giant improbably-colored heads too, as a matter of fact. 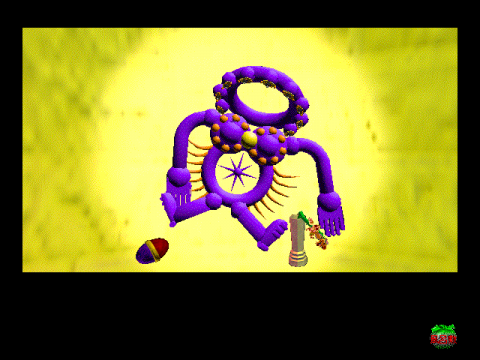 Clearly, this new game was designed as a sequel to Tong-Nou, and it is more than (no pun intended) a spiritual sequel since it also re-uses the very same engine. The core gameplay remains unchanged – you still click on the screen to move around or use stuff. However, changes still were made to some of the original mechanics, and these aren’t necessarily for the best.

First of all, the idea of transmigration was dropped. Sure, it’s not a bad thing in itself – after all, this is a new game, so they might as well come up with something new. The problem, is there is nothing new. The initial concept from Tong-Nou was ditched, but nothing special came to take its place. In the end, Chu-Teng ends up looking more like a “regular” adventure game – at least in its structure and approach. It’s kind of sad, seeing how its prequel really took much of its strength from its weird buddhic concept. In Chu-Teng, however, everything is surprisingly more traditional.

One might suppose Sato attempted to make something more “basic”, out of fear that the weirdness of his first game’s concept might have scared players away – which, as history proved, wasn’t really the problem. The game is less messy, and more playable as a result – it’s easier to find your way, especially since it’s also way more straightforward and descriptive than its predecessor. But it’s also what made Tong-Nou so great that was stripped away here again.

Now, Chu-Teng still has its Osato-like twists: Most of the game consists of going back and forth through the Shrine of the Stars, a circular network based on the èr shí bā xiù – the Chinese equivalent to the Western system of zodiac constellations – whose every room is inhabited by a sacred creature. The game logically relies more on interaction with characters, and the inventory is also brought to use more often seeing the increase in item circulation – which also means less exploration and more fetch quests. Of course, you’ll still come across a few surprises, but nothing that can surpass what Rin went through in the Far East.

At least the characters are fun to meet. It’s really a pity the game design was cut back, because these creatures really are worthy of Tong-Nou‘s legacy – and anyone who liked its character design will love that of Chu-Teng. Their looks tend to get more and more grotesque and exaggerated as you progress, and their unpredictable behavior just adds to the confusion. And that’s great because, in the end, it’s pretty much the game’s main point of interest.

The changes brought on by Chu-Teng definitely has a negative impact on the universe’s ability to strike a chord as well, though. Actual exploration has mostly been replaced with backtracking between characters, and the game lacks the crazy consistency of Tong-Nou as a result. Where the island of Tong-Nou had a real mind of its own, the elements that make up “middle heaven” are more disparate and less harmonious. The game also being shorter, it’s hard not feel like it’s a bit incomplete. It wouldn’t be surprising if the game had to be rushed, as it lacks some of the details you’d think a designer like Sato certainly wouldn’t want to leave unaddressed.

The soundtrack is still experimental as hell, though. This time, it’s gone completely erratic – most of the background music tracks are actually seconds-short loops of wrecked, sometimes even abrasive electro mixing saturated oscillators, atonal drum machines, digitized choirs and 808 cowbells. What’s most striking is the fact that these loops are assigned to very specific rooms or areas, which makes the background music constantly jump from one loop to another along with your wandering around. In the end, the audio landscape ends up as a strangely hooking electronic cacophony. It will definitely not be to everyone’s taste, but it has the merit to create a feeling of a schizophrenic rave through its lack of willingness to stay in place. Also, just like Transmigration, sounds of the game were featured on Sato’s 1996 album Equal. 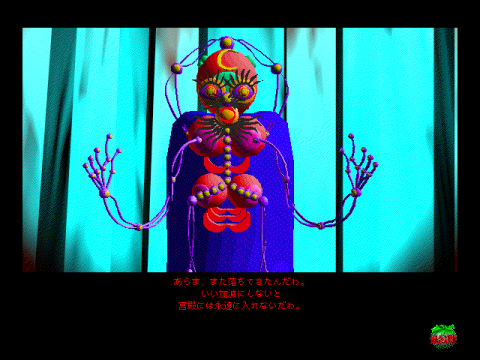 So, that’s it: Chu-Teng‘s mysteries are now unveiled, even though it’s a bit of a letdown, especially for a game that was so posthumously anticipated. Let’s not get it wrong, though: Chu-Teng still is an interesting, crazy game that can hardly be matched in its weirdness by anyone else than Sato – it’s just that it doesn’t live up to its predecessor.