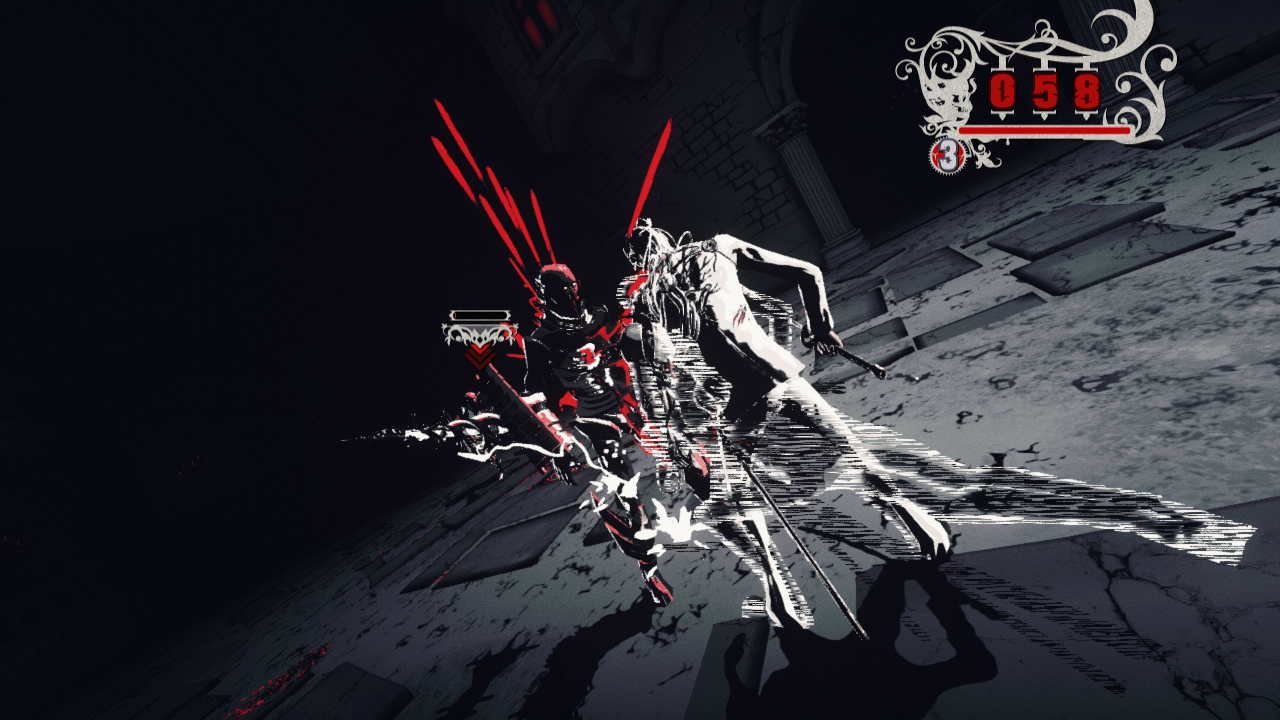 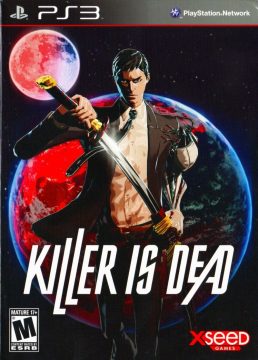 The seventh console generation was not kind to Grasshopper Manufacture or SUDA 51. While they did fine on the Wii, with the No More Heroes series finding solid success and giving them a known brand in the states, not to mention SUDA’s work on a Fatal Frame sequel, they struggled hard with a move into big game development. Shadows of the Damned was heavily compromised by EA’s meddling, and Lolipop Chainsaw had mixed reactions due to its exploitation film style. SUDA was also less involved with his productions starting with No More Heroes 2, and the lack of his specific creative touches and the influence of big publishers started to result in games that these new Grasshopper fans didn’t really latch onto as well, nor find a wider mainstream audience. 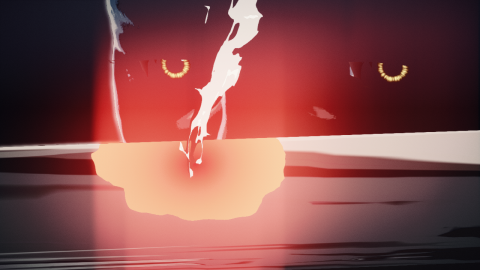 Killer Is Dead was a bomb, a big one. It wasn’t as bad as Shadows was, but nowhere even close to the success of Lolipop, managing to move only 23,000 on the PS3 by the end of 2013. SUDA was so frustrated with this particular period that he went on to make a No More Heroes game all about that frustration with failure and what inspired him to become more involved in game development again. Killer Is Dead was the last super big Grasshopper release until Let It Die, which itself was a more niche online game, and Travis Strikes Again shows that SUDA probably isn’t going to be working with a lot of the publishers he partnered with during this time.

This makes Killer Is Dead especially interesting, because at first glance, it seems like a SUDA directed game, until you start noticing the seams. The premise is that an executioner (a killer-for-hire under a government agency) named Mondo Zappa is being tasked with carrying out jobs that end up having connections to a man on the dark side of the moon named David, who is doing something with a material called dark matter that creates monsters called wires. The story is told in a similar manner to the No More Heroes series, with every episode having a central killer at the end, though the first two are just gameplay tutorials, and three are focused on Mondo’s dreams, one of them without an actual boss. David also gets two episodes to himself, leaving the fought bad guy total on the lower end. 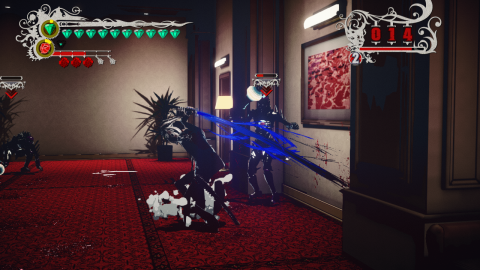 There are a lot of Grasshopper references in here, the most obvious one being that Mondo is yet another version of Sumio Kodai from The Silver Case, the Mondo naming convention taken from Flower Sun and Rain. There’s also the fact that the moon is the source of all evil, which SUDA usually implies in his games, except Fatal Frame IV, where the moon is definitely evil. SUDA did do writing for this game, and it shows in parts, but he was only one of many, and the director is only really known for work on soccer games and 3D modeling on Chulip. You can really feel that there were a lot of cooks in the kitchen, as all these wacky and strange ideas never unify around a central concept. There’s no NMH style meta commentary or Silver Case style political talks, but instead a weird, abstract story about space gods that doesn’t seem to have a point beyond the concept itself.

The game was done no favors by the genuinely awful gigalo side jobs, which probably had a lot to do with the low launch scores. Mondo’s other trait is that he has a lot of sex, and while there’s some amusement to be gained from this trait, especially in the DLC episode, it’s mostly an excuse for the developers to throw in soft core porn into the game. Of the four women you can get with, only one has any personality beyond “wants to have sex with Mondo.” It’s annoying because you have to do at least three of these missions to get all your sub-weapons, and while they start out funny because Mondo acts like such a dork during the actual game part, you begin to realize how malformed the concept was. You need to do each mission three times to unlock the entire scene, and it is absolutely not worth it. At least Scarlet’s is interesting because you have to complete combat challenges you unlock by finding her in stages, but the only reward for accomplishing these tasks is extremely awkward titillation and a very minor amount of moon crystals. It would be somewhat forgivable if you could just get the sub-weapons and be done…but the girls call you during episodes begging for Mondo, which is quite possibly the creepiest depiction of sexual attraction ever seen in a video game, even compared to many actual porn games. 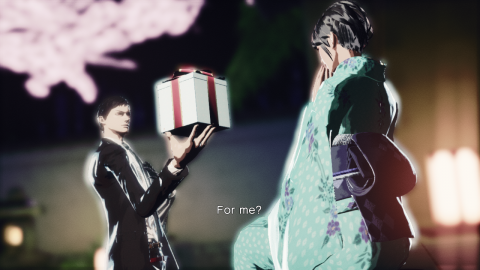 Despite all this, Killer Is Dead does stand on its own as a weird, enjoyable action game. The voice actors in both English and Japanese sell every line, especially Liam O’Brien going full ham as David. Some of the episodic concepts are also engaging in their own right, with strange ideas like a living train who’s very angry it was about to be scrapped, or a musician turned skeleton man who stole a woman’s ears to fill the world with despair. The game takes a bit to really start to click, especially with the first real episode still having tutorial bits and includes a grossly, mean spirited cutscene once you hit the boss, but it does get there around either the DLC episode or episode four.

The actual game is fun enough, but has some odd gameplay decisions. The focus on dodging is a big one, as it can make many encounters, including the final boss, a cake walk. If you dodge at the right time, you can enter an adrenaline rush and execute a mad slash attack where you hammer the slash button and get in free damage. It isn’t hard to do and is extremely exploitable. You also collect blood from enemies, shown in a second bar with roses, which can be spent with your sub-weapons or to execute a one-hit kill attack that is also extremely exploitable. Some animations are also more difficult than you’d expect to cancel from, and the button mashing nature of combos, where you just get faster and stronger slashes the more a combo goes on, means there’s no Devil May Cry style systems to explore. That said, combat is still very satisfying in the moment, simple yet not simple enough to become tedious after several hours. The game has replay value and plenty of extras to find post game, so you do get your money’s worth. 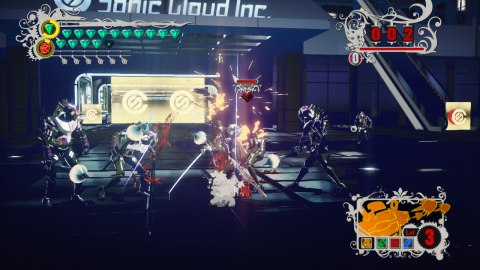 It should also be noted that the sub-weapons aren’t great. You’re going to want to upgrade your starting blaster as soon as possible just so you have an actual fire rate. This starting fire rate makes the first boss, which clings to walls in their attack cycle, drawn out and numbing. That weapon becomes useful, but the drill, freeze gun, and charge gun are all extremely situational. The drill is especially useless, as you already have a guard break move, defeating its main purpose. They’re also difficult to use due to using one switching you to a third person shooting mode (think Blades of Time, though you can get your weapon out or put it away almost instantaneously here). The lack of a lock on means the gun comes out based on camera position, not your character’s facing position, so expect this to cause headaches if you ever try to DMC style with any of them.

Move and skill growth is done entirely with moon crystals, which you can buy with the limited funds you get from jobs and missions, along with gaining them from downed enemies. This also goes for roses and gems, which grow blood and health bars respectfully overtime, like an RPG experience system. This is a nice touch, as it makes growing max health and blood a background system you don’t have to think too hard on, which fits this style of play better overall. There are also side jobs with different gameplay gimmicks, the only real stinkers being a few rail shooter segments. 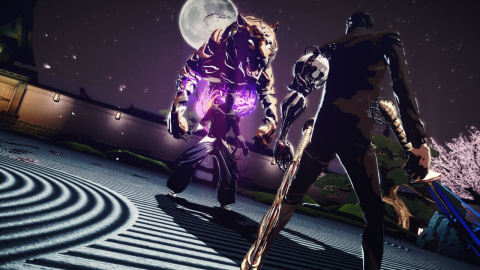 The one genuinely impressive aspect of Killer Is Dead is presentation, the one area Grasshopper always knocks out of the park. The game is filled with cool and flashy effects, including a harsh fuzz filter for when you’re in stance for Mondo’s one-hit kill. A lot of these effects double as informing you of incoming attacks or changes in Mondo’s state, like his sword slashes getting a special trail during long combos to signify speed and damage buffs. The beautiful comic style color work also allows the game to use darkness in an interesting way through a shade of purple for shadows, which seems harsh at first, but ends up being a solid replacement for an overuse of shadows or darkness for less visible areas. The DLC episode makes great use of this in particular. The enemy exploding effect can be a bit much at times, but the focus on dodging keeps this from being too huge an issue.

The soundtrack was handled by Akira Yamaoko of Silent Hill fame. That explains why there’s a surprising lack of fuzz rock from the No More Heroes series, though. Since the game tried to do a more surreal James Bond by the way of a US comic book/anime sort of thing, he was probably brought on board to give the game a more cinematic soundtrack, which he does well. Few tracks will stick in your head afterwards, but they all fit the moment and can create some unnerving atmosphere at points. His sound work in the dream episodes is especially top notch. He also made an interesting choice of using Dvorak’s From The New World, or the “New World Symphony,” as a reoccurring motif, reaching climax in the final boss track “Chosen By The Moon.” It, as the kids would say, “slaps.” 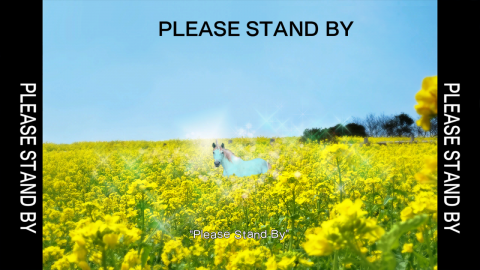 Killer Is Dead is a disappointment, but not by nearly as much as you’d think from its horrid launch scores. There is that Grasshopper passion in here, and some fantastic work from the art and sound teams, not to mention an entertaining hack and slash foundation that manages to be far more solid mechanically than most of the studio’s releases. The issue is not executive meddling either, but what appears to be a team over indulging on one really bad idea (the gigalo missions really are that bad) and a lack of a cohesive central vision. Grasshopper games have been at their most memorable when you can dig and find a point to all the strangeness, but that’s absent here. This is style with no substance, which isn’t bad in and of itself, but not nearly as interesting, especially when stacked up with the studio’s earlier works. It’s a game worth playing on the whole, especially for Grasshopper completionists, but there’s a lot of untapped potential we may never see revisited. 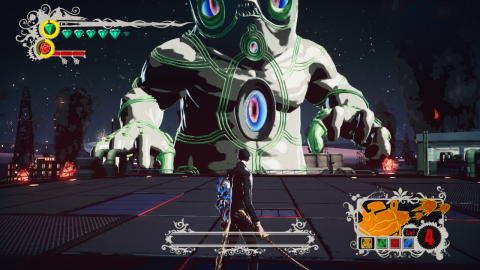 It’s recommended you get the Nightmare Edition on PC, which comes with the DLC episode and the extra content that came with it. It also adds a new difficulty mode, but that’s more tedious than anything else. Every version has bugs, however, the PC version having reports of major sound and graphical glitches. Myself, I kept having the game fade a black overlay over the gameplay during the first boss, which turned out to be a loading issue if you skip the first boss intro cutscene too fast. Otherwise, it’s the definite version.