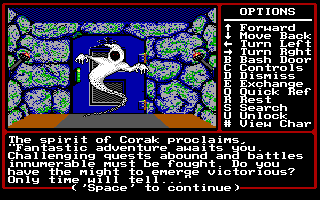 Might and Magic Book II plays identically to the first game in almost every respect. The stat and class mechanics are identical, and characters from the predecessor can be imported to this one. However, there are some advantages for creating a new party. First, the game introduces two new classes. The first is the Assassin, able to perform sneak attacks for critical hit damage, in addition to having thief abilities and the ability to use oriental weapon types. The other new class is the Barbarian, who is only able to use light armor, but can use any weapon and is more capable in combat than a regular Knight. Additionally, the player is able to shuffle the character’s stats around during character generation, which was a common house rule in D&D during the 1st edition era.

Might and Magic Book II introduces a new skill system, with characters able to learn various skills such as Cartography (allowing map-making), Pickpocket (a boost to thievery) and so on. This is similar to the AD&D 2nd Edition Non-Weapon Proficiency system, though there are some differences. For example, each character is limited to a maximum of two skills. Some of the spells have also been adjusted. The Blind spell, which only had an effect on one creature, now has been changed to Apparition, and can effect up to 10 enemies. The game also introduces the concept of a hireling, an AI controlled character that will fight alongside the party, but must be paid by the players. This concept was familiar to pen&paper RPGers, but at this point had not been introduced to computer RPGs yet. 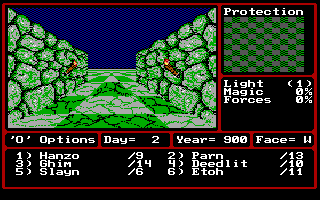 The game’s story is also presented differently. Instead of just dropping the player into the world with no suggestion on where to go next, there are several NPCs in the starting town that give the player quests to carry him through the story and the various areas in the game. Graphics are also much improved. Now they feature a sky when traveling in outside areas. Instead of describing graffiti or signs through flavor text, the graffiti is actually shown on walls and signs are shown in the environment. The game also includes a day-night cycle, but there is no discernible difference between encounters during the day or at night. You can also travel through time, through nine different periods, though it doesn’t have a huge impact on the game and is only necessary for a few quests.

Not all the changes have been for the better, though. When a character levels up now, the amount of money needed to level up also increases, and the cost to raise deceased characters in temples goes up likewise. While this does discourage players from hanging around in one area and keep grinding until they reach the maximum level, it also slows down level progression. Characters are still limited to 6 slots for equipped items and 6 slots carried items.

The way random encounters are handled has been altered, as well. Instead of them occuring entirely randomly, dungeons have set encounter triggers with randomly determined enemies, which are set when you enter the dungeon and changed when you run from an encounter. A set encounter one time can be a cake walk, and easily lead to a total party kill the next time. 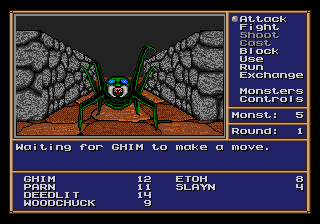 The Commodore Amiga is added to the range of home computer platforms, which introduces much nicer graphics than the regular 8-bit and IBM PC versions. This set of graphics was used as the base for the Macintosh (which now supports color) and console ports. The Genesis and SNES versions are almost identical to each other, save for the improved graphics on the SNES and a few select detail changes: In the Genesis version you have to purchase the Cartography skill, while in the SNES version you receive it for free at the start of the game. Also, on the SNES the player can see the remaining HP remaining for monsters in battle automatically, and the tavern called the “Slaughtered Lamb” has been renamed to the generic “Norm’s Tavern”. Nintendo censorship at its best – and it was not even NoA’s fault, as this port was only released in Europe. A US release was planned and advertised, but cancelled for unknown reasons.

Strangely enough, the Super Famicom version is a completely different game, ported by Starcraft. It’s much more faithful to the original game than the Japanese home computer ports, and adds in manga-style portraits for all of the characters. It’s bright and colorful, with a brand new soundtrack, and the type of movement heavily resembles the popular Shin Megami Tensei series. The battle system has also been overhauled to make it look more like Dragon Quest and other similar JRPGs. There is also an option to input a code and import previous data from certain versions of the first game. 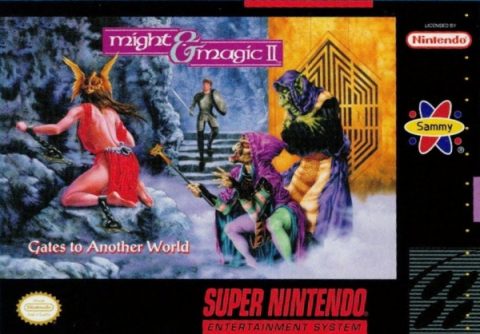 Curiously, the Japanese home computers run on a very different engine this time. The 3D view is but a tiny window in a modularly composed array of windows – Starcraft did all they could to make the game look less accessible. 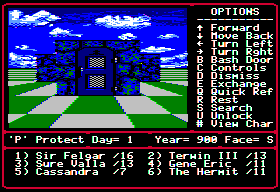 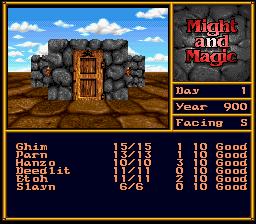 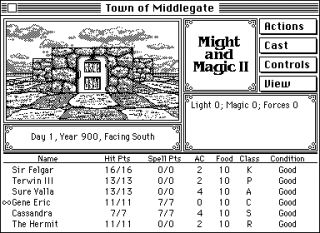 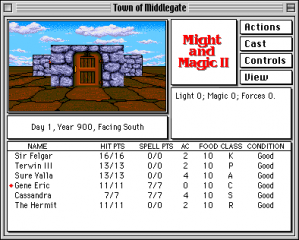 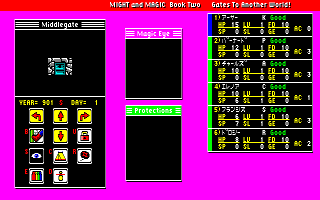 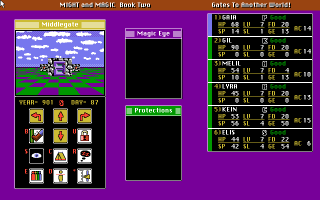 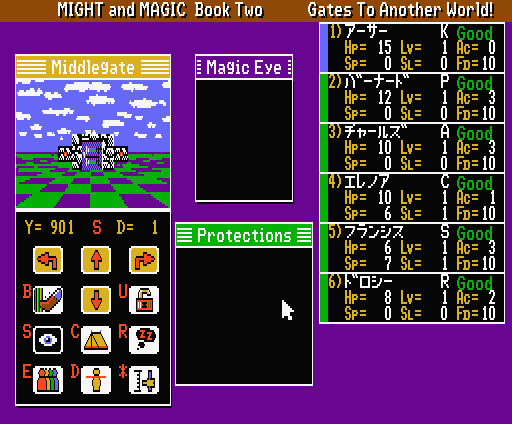