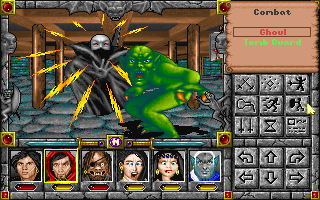 The first three games in the Might and Magic series improved immensely on their antecedents in various way. Might and Magic I took the Wizardry-style RPG and put it in a gigantic massive world, while retaining the first person perspective. Book Two improved the graphics and sound. The third game made the deaths of monsters persistent and added a quest log to make it easier to remember what you were doing, as well as an expanded character inventory. Clouds of Xeen finally perfects the series’ gameplay mechanics in a fashion that really makes everything click.

The story follows our standard party of adventurers, as they seek to destroy the evil lord Xeen, who rules over the land of Xeen. In order to do this, they need to seek allies and find the “Sword of Xeen Slaying” in the ruins of fortress Newcastle. The story also differs a bit from earlier games. The series always tended to go into the territory of the classic D&D adventure “Expedition to the Barrier Peaks” by introducing some odd science fiction elements, with the series villain, Sheltem, being an extraterrestrial criminal, and the implication that the medieval fantasy worlds of the series actually used to be giant space ships. That said, very little was done with this in the early games, and were those elements to be removed, it would all be your standard “Find The Evil Wizard And Kill Him” plot. Acknowledging this, Clouds of Xeen thus drops the science fiction elements almost entirely.

From a gameplay standpoint, it’s still very similar to Might and Magic III, as it was built on the same engine, with some small but very significant refinements. First, a set of directional buttons are placed on screen to control movement, rather than having to move by clicking around the view window. Additionally, the Journal has been given a major overhaul. It not only keeps track of quest information, but also plot relevant items, and important information on the environment, which are used to solve puzzles. Characters can age if your quest goes on too long, and aging affects characters abilities, but it is not likely to stop anyone from completing the main quest.

The game also includes several multi-level dungeons, for the first time in the series, along with one dungeon where the first level eschewed the standard 14-by-14 grid in favor of a 14-by-28 grid. 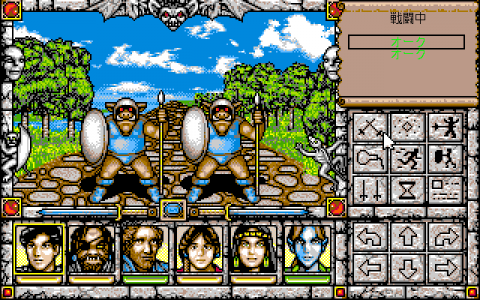 Also, considering the problems with Terra’s manual, it’s important to mention that the documentation is much, much improved. Narrative and explanation of how the game is played take an equal balance. Between the game’s fully voiced opening cutscene and the story portions of the manual, players are given all the basic information they need to know about the setting, and the manual also contains enough information to sufficiently explain the game’s interface.

Over were the days of countless home computer ports in 1992, but Clouds of Xeen wasn’t even ported to any home consoles. Only NEC PC-98 and Fujitsu FM-Towns versions were made for the Japanese market. The graphics here are all redrawn from the same template, once again with the most notable edits in the character portraits, along with using a lower color palette. Although the Japanese versions run in higher resolution, this is only for the Japanese font, the main graphics are still upscaled from 320×200. 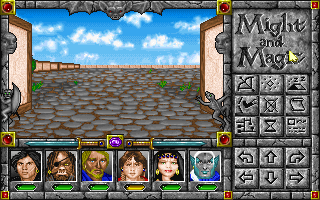 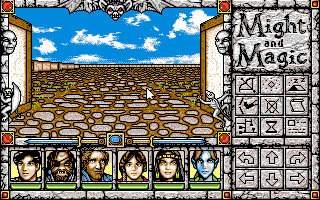