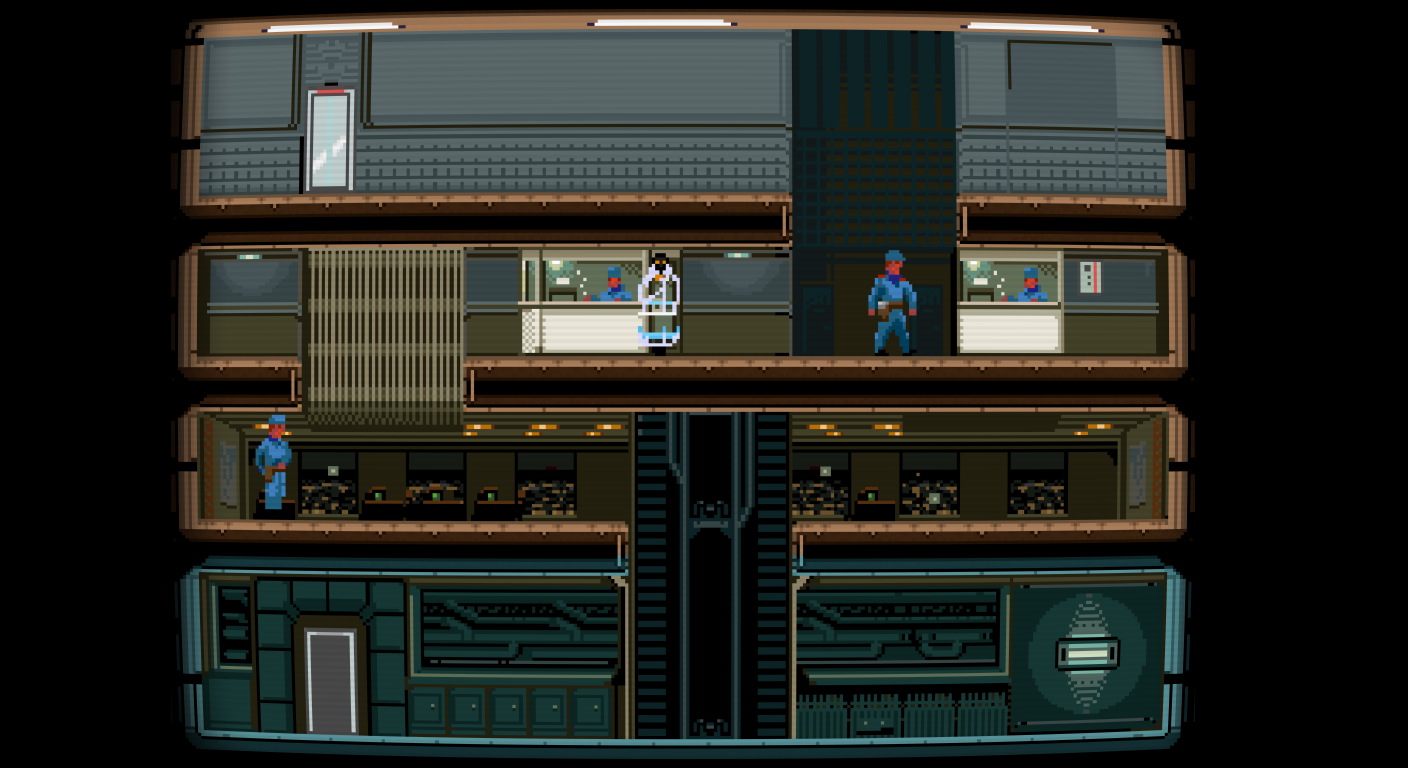 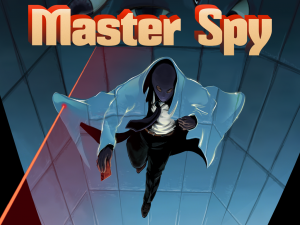 Cyberpunk is making a comeback as the 2010s roll on, and it’s not looking like it’s going away anytime soon. The actual punk part of it may be getting deluded a bit as sub-par artists just hijack the look, but there’s still some real deal stuff to be found. Take Master Spy, an indie surprise that mixes together conventions of the stealth genre, hardcore platformers, cinematic platforming, and the style of Japanese sprite cutscenes (particularly Ninja Gaiden and Hideo Kojima’s Snatcher). It doesn’t look like much on the surface, but looks are deceiving, and the 80s mega throwback makes great use of just about every element it borrows and builds upon.

The game follows the titular Master Spy, a for-hire infiltrator with a plain ski mask and generic but snazzy trench coat, hired to track down some stolen communications tech blueprints that could possibly spell the start of nuclear war. However, and somewhat predictably, our stealthy hero ends up in a web of intrigue that goes far deeper than expected, and the game ends up becoming a techno-thriller that would be right at home among the anime OVA boom scene. You’re tasked with going to a handful of different locations, break in, and find whatever your objective may be, managing to avoid detection and getting through increasingly complicated defenses that require perfect timing and the ability to plan out complex patterns. 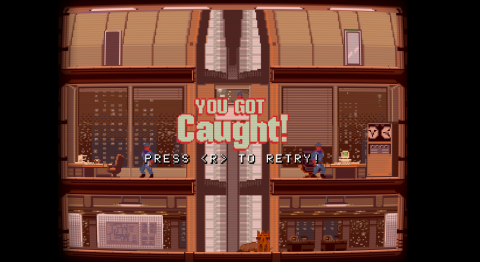 This may honestly be one of the hardest platformers ever made, and that claim is not made lightly. You will end up dying constantly before you nail down the level patterns and paths, and every new section of the game introduces new and increasingly more complicated variables, including enemies that are alerted to sound and bizarre security systems you will fall victim to a lot before you understand how to move around them. Making things more difficult is that Master Spy himself has no offensive abilities, only jumping, running, and an invisibility cloak that becomes useless when you’re touched, move, or are around certain enemies like dogs. All you can do is move through an area and do it quickly and cleverly, and that’s much easier said than done.

While the game certainly isn’t a cinematic platformer, focusing on smooth controls over realistic momentum and turning, it does have some design similarities. It will take you down vigorously for not doing exactly what it wants you to do in most cases, and while there is some wiggle room, it’s only in a few nano-seconds of occasional leniency. What keeps the game going with a satisfying gameplay loop is that you only restart in the room you died in, so there’s no huge penalty for a lack of skill. You just fail, then try again, learning more and more and figuring out how to go about your task. The game eventually pushes it, though, as the later sections are absolutely grueling to traverse, especially with their new obstacles leaving even less room for mistake, occasionally becoming overwhelming. It’s definitely not a game for more casual players, but it’s cheap enough that it makes for good platforming practice in short bursts. It’s also incredibly satisfying to clear even a single room, because the game is just fair enough in its ridiculous difficulty that a loss is never the fault of the game’s design but your own inability to react fast enough (though there are a few moments that push it if you’re not using a gamepad).

The graphic design decisions made help out a lot. It brings to mind a certain era of Japanese PC gaming, when Kojima was cutting his teeth before the PS1 era, particularly the PC-98’s cyberpunk obsession. The cutscenes all make great use of their limited color pallets, using some cool shadow effects to fill in the gaps, while the game itself has a lot of varied environments and a clear visual layout in every screen. It’s easy to see where you can and can’t go, and every section has a new set of great looking backgrounds to create a bit of an atmosphere. The music helps a lot with this, a collection of chiptune pieces with a surprising amount of variety that always carries with it a lively techno and electronic flair. 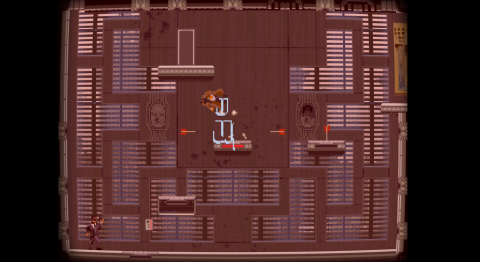 With equal parts style and mechanical challenge, Master Spy is unlike the majority of titles in the platforming world. It’s not as restrictive as a cinematic platformer, but it’s also not as open and fluid as more traditional examples of the genre. It sits squarely in the middle and brings an old school style challenge with seeming ease and confidence. It sometimes goes a bit far with its incredibly difficult late areas, and a few late game cutscenes go on for a bit too long, but you’ll definitely get your money’s worth if you’re looking to test your skills. And hey, if you get a bit annoyed with a difficult part, there’s a cheat code you can put in to unlock level select! An absolute must for any serious retro gamer.