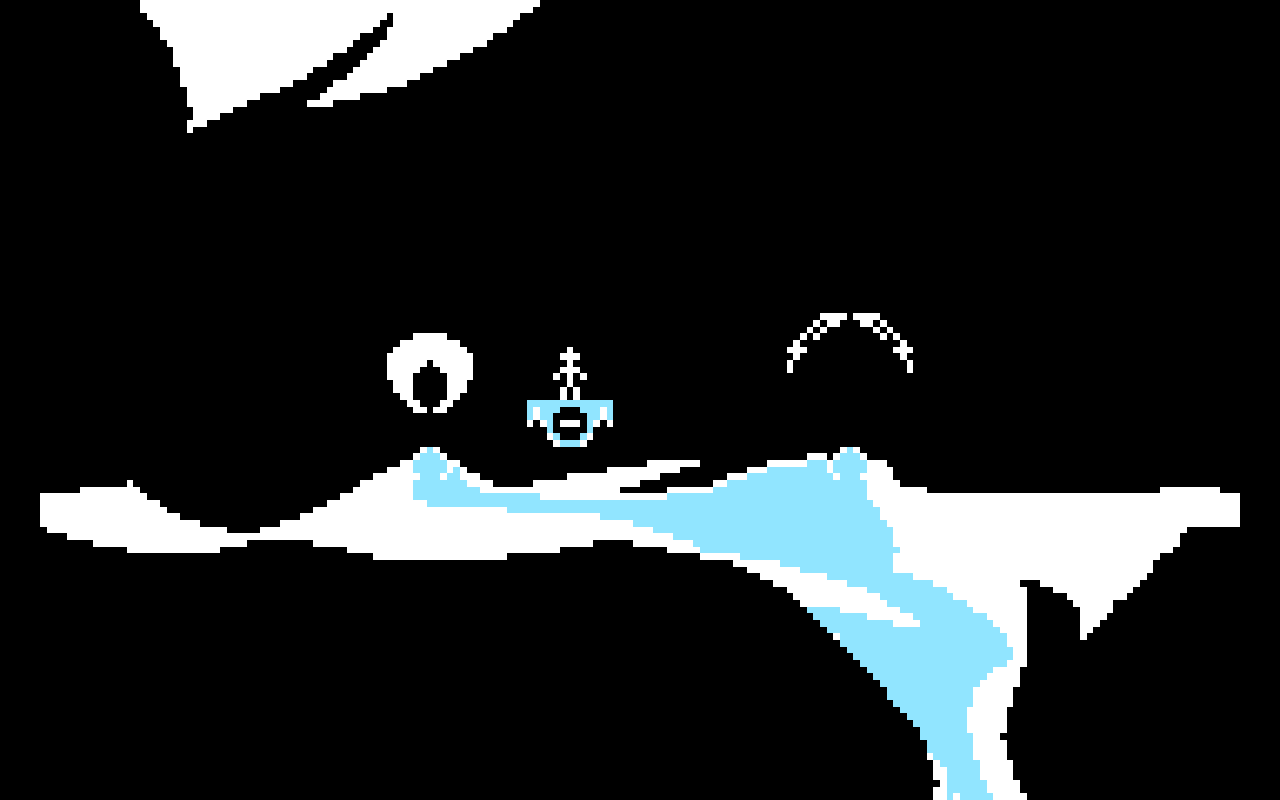 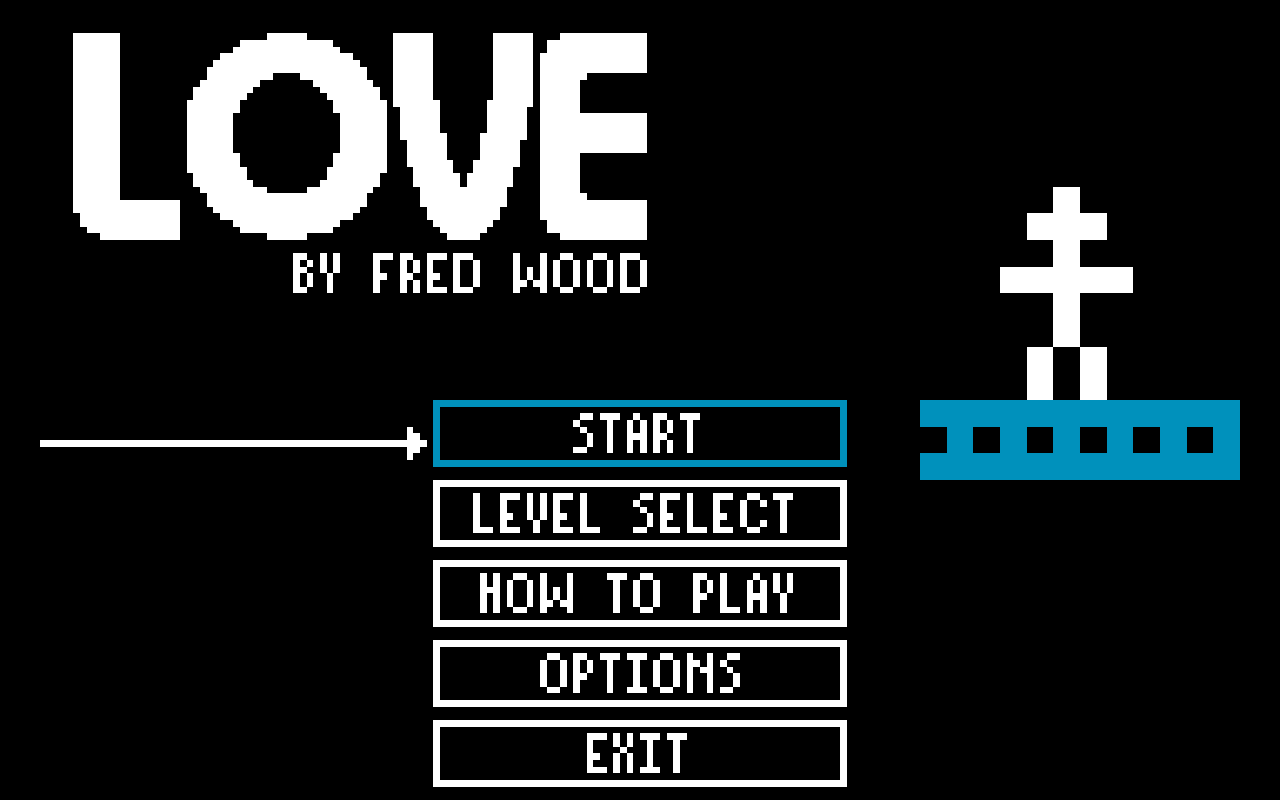 Despite appearances, Love is a game with a fair bit of history behind it. Created in Game Maker by Fred Wood, the little speedrun-focused platformer was originally released in 2008 as a one dollar title, then popped back in in 2014 as a proper Steam release with added content for just two bucks more. The minimalist title was originally going to be the world’s first dating sim platformer, grading your performance in a similar way to evaluating a relationship, but the final product here is a much more classical style title. Think of it like a platforming classic of the NES era with the graphical limitations of an Atari game and artistic bent of a modern day indie platformer. 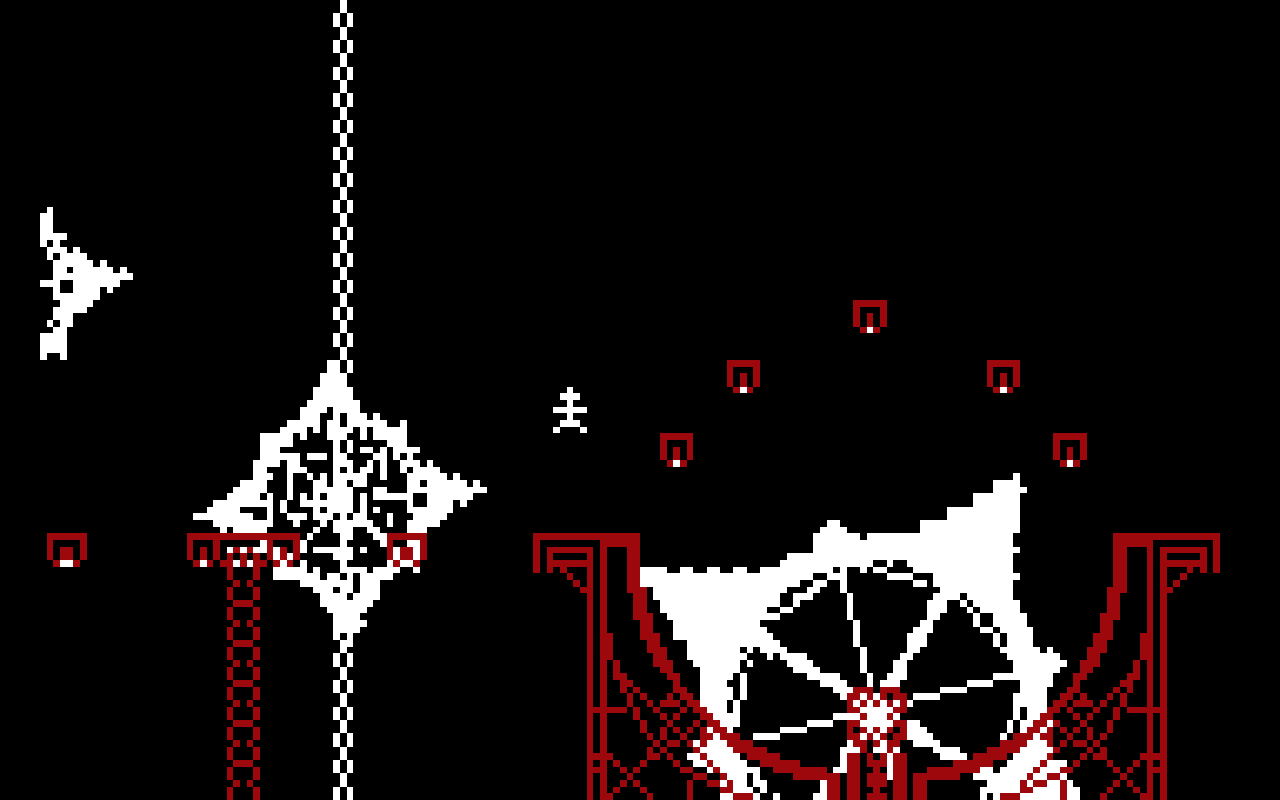 The entire game is designed with three colors per level, creating bizarre abstract landscapes on black backgrounds, portraying construction sites, giant beasts, sci-fi like settings, and even a large hadron collider. The minimalistic aesthetic pays off by creating a memorable look with a surprising amount of visual depth, even almost horror-themed levels, such as the buzzsaw landscape covered in red. There’s a mood and theme to every level that makes them all stand out, and it’s done so easily while preserving a neutral atmosphere that it’s hard not to be impressed. 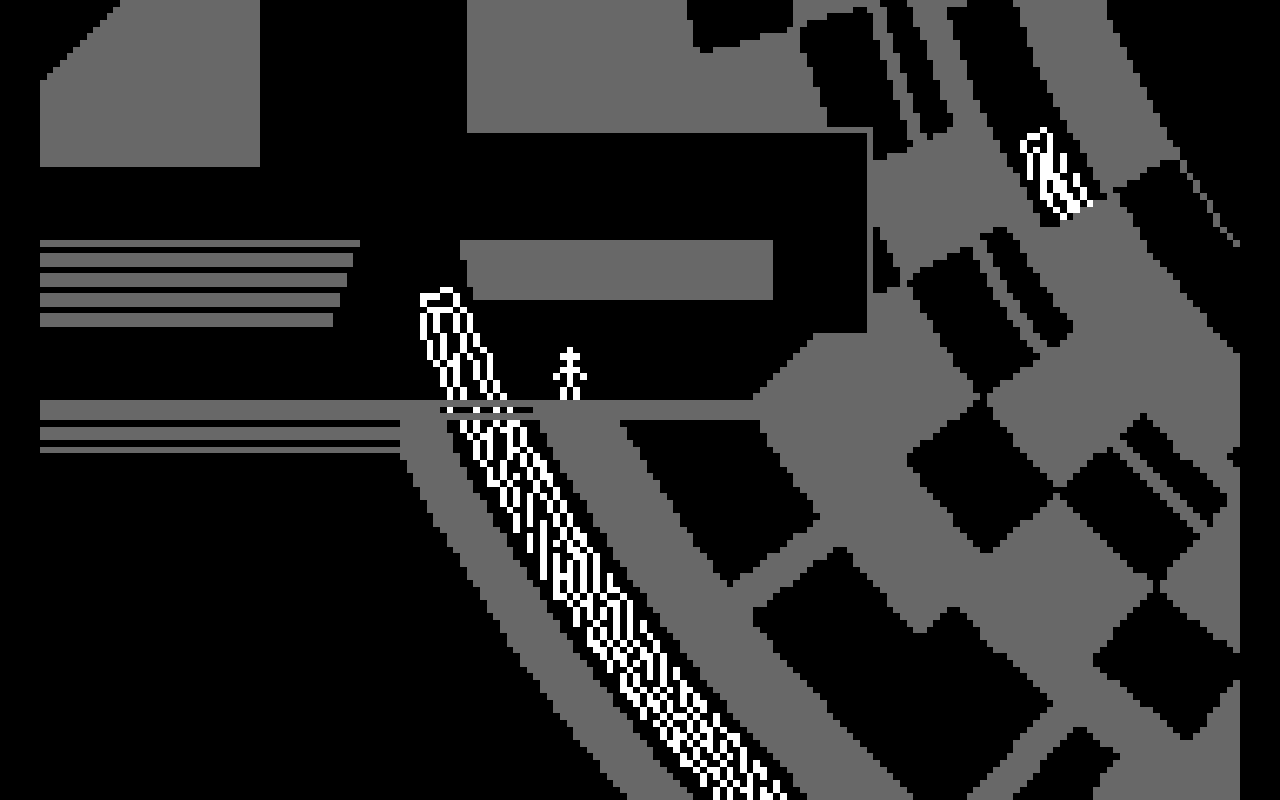 The game proper is a simple platformer. You move around, jump around platforms and obstacles and create respawn points. There are multiple difficulties, but they don’t change the levels. Instead, they affect your score and how many chances you get. Easy mode gives infinite lives, but hurts your score. Normal mode gives you 100 lives and the challenge of getting through a set marathon of levels. The now ridiculously named “YOLO” mode (it may have been changed since original writing, as Fred Wood keeps updating the game) gives you exactly one live to survive on. The game tracks your performance and offers the chance to compare with other players through a leaderboard. You can even use a level select for practicing solo levels to improve yourself, which is incredibly useful. It’s such a simple and bare bones game that it’s hard not to get the hang of it, even as a new player, and it rewards experience with older platformers (especially Mega Man, thanks to that one level with disappearing and reappearing platforms).

Love clearly demonstrates that there’s perfection to be found within simplicity. It conveys so much with so little, and becomes so fun with such basic mechanics. It’s dirt cheap and definitely worth a look. It’s very short, but for three bucks and its focus on perfecting your runs through the levels, it more than proves its worth.