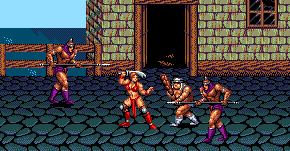 The third console Golden Axe is largely considered to be a disappointment. The biggest reason is that gamers wanted a home port of The Revenge of Death Adder, and they got this instead. It’s not a terrible game, but it’s not quite up to par either. 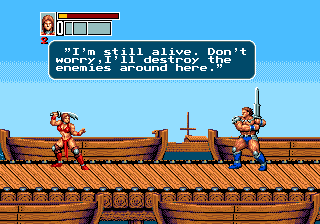 Whereas Golden Axe II was too similar to the original game, Golden Axe III is too different. Technically, Gilius Thunderhead is the only returning hero yet again, although you don’t play as him. Instead, he sends a handful of new characters into battle against the forces of evil. Kain Grinder is this game’s Ax Battler clone, while Sarah Barn is a dancer out for revenge. Braoude Cragger is an impossibly strong man descended from giants, while Chronos “Evil“ Lait is a cursed panther man. The antagonist is the improbably named Damned Hellstrike, who is also referred to as the Prince of Darkness. 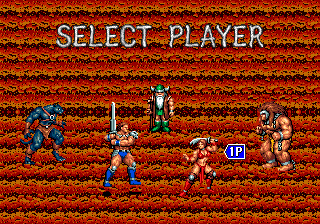 The biggest change is that Sega changed the controls to make it play like every other console beat-em-up, instead of like Golden Axe. The weapon ranges are shorter, and it’s a bit faster and smoother, but it’s also lacking in distinction. 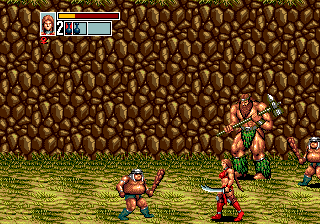 The graphics are much more washed out than any of the previous Golden Axe games. There’s better use of color, but the artwork is less defined, giving it a  grainy feel. There’s some very nice backgrounds, in concept, but the brightness kills the atmosphere. 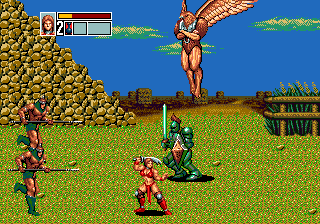 It has inherited some of the better aspects from The Revenge of Death Adder though, such as the branching paths through the game. Additionally, you can now double jump, and each character has two special moves. The magic attacks are back to the original Golden Axe method wherein you get potions, and use them to cast spells of a certain level depending on how many potions you have. You can now dismount beasts at any time instead of having to be hit off them or completing a level. You can also gain an extra life by rescuing slaves scattered about the levels. 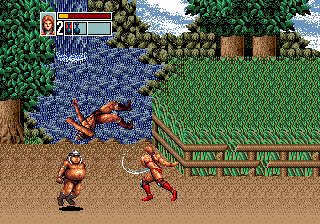 The music is pretty amazing. Songs like “Ancient Mound” and “Ride the Whirlwind” sound like they are for a different system. The music was once again supplied by Naofumi Hataya, along with Tatsuyuki Maeda (Dragon Force). The screams are similar to the arcade version, but thanks to the scratchy sound of the Genesis, they’re not quite as good. 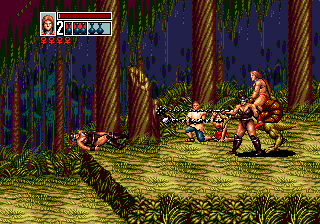 Golden Axe III only saw a retail release in Japan. It was translated and published briefly on the Sega Channel in America, although it later showed up on assorted compilations. Famed fantasy artist Boris Vallejo, who illustrated the American covers for several other Golden Axe titles, drafted a cover, which is similar to the Japanese one. However, of course, since the game was not released, it was not used. 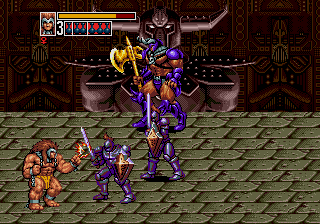