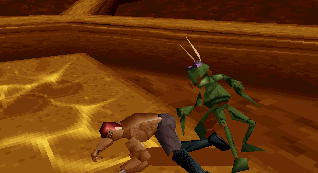 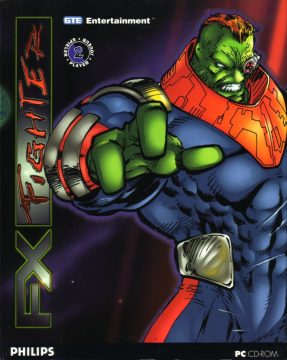 By the mid-90s, there were few genres quite as hot as the 3D fighter. What had started with Virtua Fighter had become a craze that nearly everybody would attempt to cash in on. The PC was no exception, and in time, would even see ports of the first two VF games to fill in what was somewhat of a niche on the system. In 1995, though, your first option would be a rather peculiar fighter by Argonaut, who pioneered in bringing fully polygonal games to systems where such things were rare. Unfortunately, it’s a game that’s far from their best work, and nowadays, is more of a novelty. You could do far worse for fighting games on DOS, but even considering its limited selection, you could still do better. It is, however, somewhat of a technical marvel for a company who frequently pushed the systems they worked with to its limits, and it deserves credit enough for that.

Interestingly, the game begun development on the Super Nintendo, using the Super FX2 chip that would power games like Yoshi’s Island and the system’s port of Doom. This version would have used fighters made out of flat shaded polygons. The only surviving footage of the game on Youtube looked somewhat choppy, but playable enough, considering the hardware. Eventually, development would shift entirely to the PC, most likely due to Argonaut’s souring relationship with Nintendo. While the SNES version would have been a technical marvel for sure, one can imagine it wouldn’t have been a vastly better game. (Video here.)

An alien by the name of Rygil challenges the best fighters of the universe into a tournament, where anyone who is able to defeat him will earn his entire planet. (The fact that the thing looks and functions like a bootleg Death Star probably makes it a healthy piece of real estate, too.) Those who lose will have their planets destroyed. Among the cast, you’ve got a shirtless human, a purple woman, an amazon, a praying mantis, a lava monster, a cat woman, and a robot. Some of these concepts sound pretty neat on paper, and sometimes the game does make use of these concepts for special moves that a typical human fighter couldn’t do. Cyben the robot, for example, can spin his torso to swing at opponents, while Venam the mantis gnaws upon its foes. 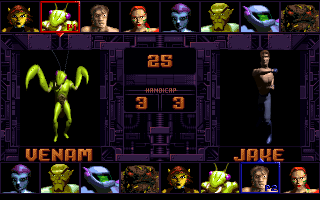 The game uses two buttons to handle punches and kicks. That wouldn’t be the worst setup for a three-dimensional fighter, except for the fact that blocking is done by holding back together with the punch button. One other annoyance is that while every character has at least one throw, none of these are performed the same way amongst the cast. These problems mean the game never quite feels comfortable, and it’s easy to end up forgetting about these facts in the middle of a battle. Something about the controls feels just off enough that it’s difficult to really ever come to grips with them. Sometimes they feel just a little too unresponsive, and sometimes it’s difficult to get just the right move to come out.

All the typical staples of the genre are accounted for when it comes to moves. Every character is capable of performing jump kicks, leaping on prone opponents, and doing sweep and headspring kicks when they’re getting up from being knocked down. Among the individual fighters, the movelists aren’t quite as long as what you would find in VF or Tekken, but they’re generally acceptable. There are far less combo strings than some examples of the genre, with some characters not getting any at all. There are even a couple of projectile moves, a rarity for this style of fighter, but they’re generally so weak and slow that they’re hardly worth using. Much like Tekken, juggle combos are also possible, although they’re far more difficult to pull off than other, similar games, due to the somewhat unresponsive controls.

If there’s any real danger you should keep in mind, it’s the edges of the arena. Much like Virtua Fighter, moving off the sides of the platform gives an instant win to your opponent. Perhaps it’s the size of the platform, or attacks causing more knockback than VF, but somehow, it feels a lot easier to end up getting knocked off in this particular game. One particular character, Ashraf, has a move that puts this to great advantage. He’s capable of physically pushing his opponent backwards, pushing them a great distance away from him. He can perform this move from any distance, and the one thing that makes him less than unstoppable is the fact that the move will seemingly backfire at random, stunning Ashraf for a moment. 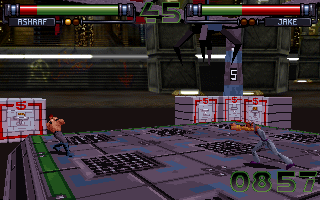 On its default difficulty, the game’s single player mode features an absolutely relentless AI, who will assault you non-stop without a single break. Eventually, it gets so rough that you’ll have almost no choice but to abuse glitches in the AI to make any progress. Rygil, the game’s final boss, is probably going to be the biggest roadblock of all. Especially since he’s capable of picking you up off the ground, swinging you around, and tossing you away. Generally, this is an almost guaranteed instant KO, unless you’re on the very edge of the platform. Playing the single player on the easiest difficulty makes for a far more tolerable experience, and is probably the best way to play the mode overall. The ending, which is so short and insulting a VF-style credits roll might have been preferable, makes anything else not remotely worth the effort. 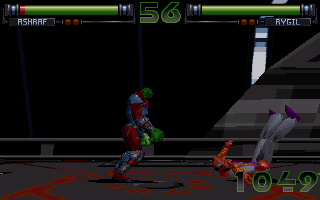 As a hardware showcase, the game does an admirable job, especially considering that it runs without the use of any sort of graphics card. While the models are rather blocky up close, they move fairly smoothly. Most of the stages are made up of a textured platform and a static background, which keeps the frame rate rarely smooth. When they get more complicated than this, such as Rygil’s stage, however, the frame rate starts to suffer dramatically. Still, considering hardware limitations, it’s a real testament with Argonaut’s skills in the third dimension how well the game runs for hardware of the time. The sound effects are rather weak, and most of the time, you’ll barely hear them over the music. This isn’t all bad, however, because if you’re a fan of Eurodance, you’ll find a lot to like here. 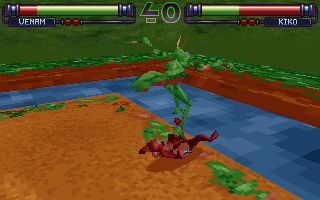 Overall, whatever faults the game has can be somewhat forgiven, given what it’s doing on a technical level. It might be somewhat mediocre as a fighter, but the fact that it runs so well at all is somewhat of a technical marvel. It’s also much easier to forgive it considering how little choice you had in the genre when it came to DOS. As one of Argonaut’s more obscure titles, it’s definitely worth a look, although it’s probably not something you’ll be playing for very long.