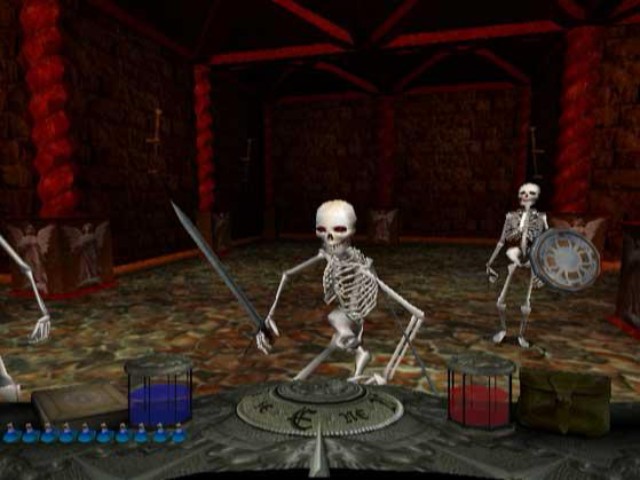 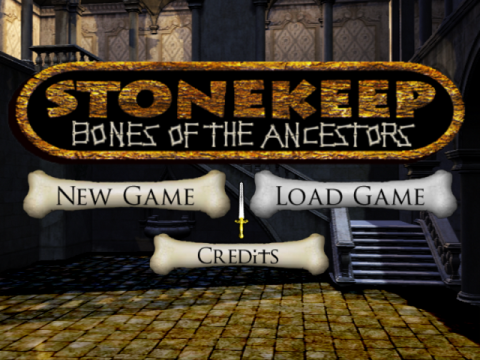 Stonekeep: Bones of the Ancestors is a representative title of a lot of the shovelware that ended up dumped on Nintendo’s wildly popular console according to the philosophy that a huge user base meant that low investment, low quality software would still end up getting by a large enough number of players to turn a profit for its publisher. Stonekeep is a bit of an odd play, though, because unlike a lot of the aforementioned budgetware, it doesn’t capitalize on a particularly well known property, or take a popular existing IP and translate it into a cart racing or a package of poorly designed minigames.

Ancestors instead chose an ambitious-but-flawed mid-90s dungeon crawling RPG, Stonekeep, which while it’s fairly well regarded in some niche CRPG circles is hardly a household name. It’s a baffling decision that seems even more questionable when you take into account that the finished product isn’t just a simple port of the original (which probably would’ve been a more entertaining proposition), but is instead a muddled mess of poorly implemented motion controls and visuals that at times actually look inferior to its predecessor. Given that Ancestors was released a full 17 years after the original, in 2012, the total lack of production value and polish is completely unforgivable. 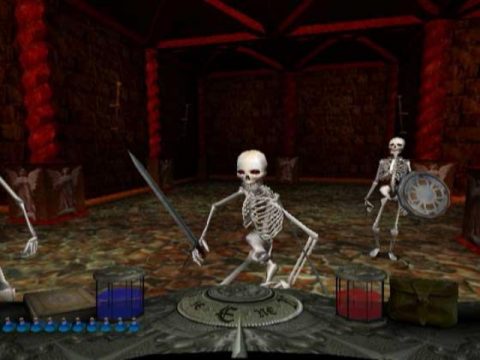 Gone is any of the cheeky charm of the original, with its horrendous-but-laughable FMV story sequences and devious, sometimes nearly impossible puzzles. In its stead we’re given a choppy, ugly, clumsy take on the dungeon crawler that seems to not have learned the very lessons that the original took to heart and built upon. Instead of scenery-chewing actors delivering an actually fairly epic, sweeping narrative about the machinations of dark gods, we get a few paragraphs of dry text at the games onset that places us back in the ancient city of Stonekeep, once again the only line of defense between it and annihilation.

Like a number of its contemporaries on the Wii, it takes what should in theory be one of the consoles strengths, motion controls, and transforms it into a weakness. The idea of wielding a sword with one-to-one fidelity and swinging it at terrifying enemies like massive orcs or vile skeletons sounds fantastic, in principal, but Ancestors bumbles the execution so spectacularly it makes even the most skillful swordsman feel like a blundering incompetent. Battling your way through the tutorial, where you’re tasked with striking your new ally a set number of times before being hit, is a controller-throwing exercise in frustration. In that way, it’s a perfect prelude for the rest of the game, which leans even further into ill designed motion controls as it introduces later systems like magic and projectiles. 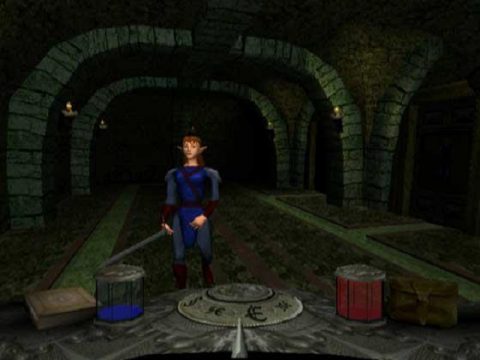 The player battles their way through seven different dungeons, collecting loot and new weaponry from fallen enemies. Said enemies are kind enough to mitigate some of the difficulty introduced by the clumsy motion controls by getting themselves stuck in doorways or other random bits of geometry, and generally acting completely brainless and suicidal. There are a number of occasions where entering a room won’t trigger the enemies inside it, meaning they stand there lifelessly while you hack them apart in a labored sequence of fumbling slashes.

The main issue with the controls is the inexplicable decision to pair button presses with motion controls. If the game were designed to rely purely on one or another it would be far more functional (and intuitive). Instead, the player needs to find the perfect, maddeningly narrow timing window where pressing and swinging marry together perfectly to trigger an attack. If the controls genuinely were one-to-one and mirrored a player swinging their sword as the maneuvered the Wii Remote, or if the game had simplified things and just tied attacks to a single button press, Ancestors would be a markedly better game. As things stand, the controls turn a shoddy, low quality package into a nearly unplayable mess. 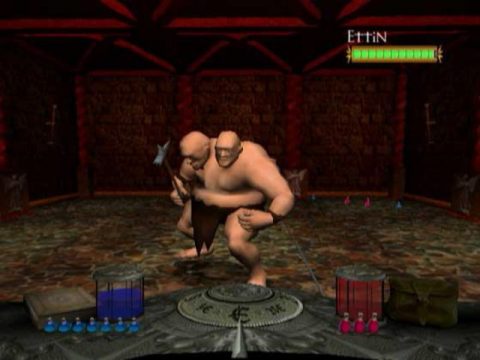 Instead of the original game, whose puzzles and progression vacillated from pleasantly challenging to hair-pullingly complex, Ancestors ties most of its progression to a simple colored keys and doors systems. Find the appropriate colored key and the map will show you precisely where to take it to advance. It feels like a direct slight to the first game, or an indication that the designers felt the Wii generation of gamers lacked the patience or intelligent to solve genuine puzzles (though how they were then expected to muster the patience to master the garbage motion controls is an enigma).

While some of the enemy designs are interesting and would look well drawn on an older console the vast majority of the environments here feel copy and pasted, and are drab and unexceptional. Though slightly more colorful than the original game, the rooms in Ancestors eventually become a dull, generic blur as they’re repeated over and over again within a dungeon. 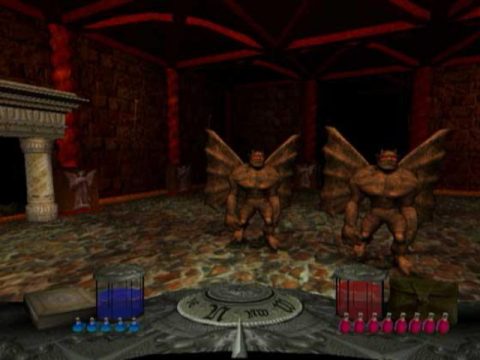 The sad slow-motion trainwreck that is Stonekeep: Bones of the Ancestors makes you long for the cancelled proper sequel to the original, Stonekeep 2, which languished in development hell for over five years before being finally terminated. But one can’t help but imagine that that proposed sequel had more ambition and more DNA in common with the original than this afterthought of a successor. As ridiculous as it seems on its face, it’s much easier to recommend the original game, released 17 years prior to the sequel, than this bald-faced cash grab.