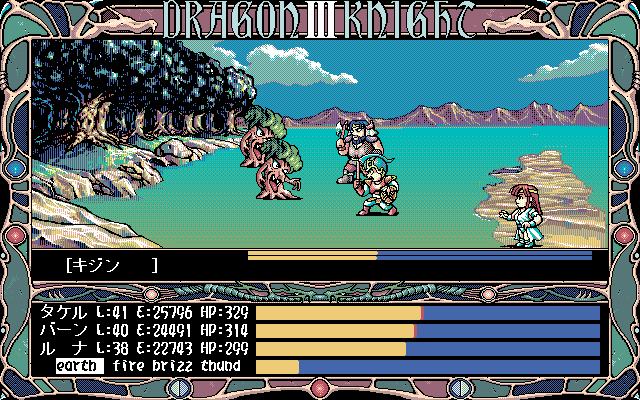 Takeru’s journey continues, and he has just arrived at the town of Deez, only to be assaulted by a group of bandits who steal all of his possessions, including the legendary sword and armor he got at the end of the previous game. He eventually finds out they sold his stuff to the shop in town, and accepts a job from the mayor to drive them away from the nearby mountain so he can get the money he needs to buy them back. But to Takeru’s surprise, when he goes to the mountain to meet the bandits, he finds out that their leader is actually a demon. The demon tells Takeru he is well known amongst his kind, and even mocks him for not knowing the reason why he was born, before running away and leaving Takeru dumbfounded. And thus begins Takeru’s journey to get his equipment back and uncover his true identity.

A knight whom Takeru meets while trying to get to the town of Phoenix. He seems to be traveling the world with some clear objective in mind. Voiced by Ryou Horikawa in the PC Engine version.

The mayor of Deez. He promises Takeru to give him money to get his equipment back if he gets rid of the bandits living in the mountains west of the town. Voiced by Kenji Utsumi in the PC Engine version. 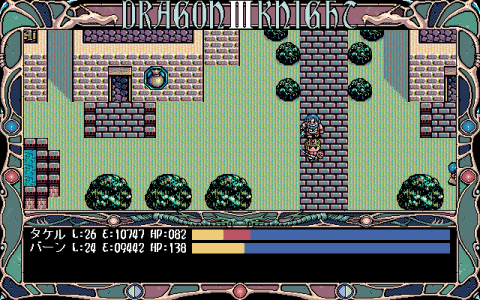 For Takeru’s third and final adventure, Elf decided to change the game system to something completely different from the previous games. This time around, Takeru is controlled from an overhead view, akin to classic console RPGs like Dragon Quest and Final Fantasy, and there’s a world map with various towns to visit and explore, including the two towns from the previous games. But unfortunately, it ended up being an uninteresting world. Every town looks mostly the same and there’s no real fun to be had in exploring. Most of the game is just spent traveling from town to town in a linear way and without any meaningful deviations, as the only optional stuff available is some few extra sex scenes. Throughout the whole game there’s also only one dungeon with an actual puzzle, which involves getting part of the solution from two different NPCs (which can only be done by saving and reloading, as each NPC won’t tell you his part of the solution if you’ve talked to the other NPC first) or finding the whole solution based on a hint from another NPC. Other than that, the dungeons’ layouts are all boring and mostly straightforward, a huge contrast to the mazes in the first two games. Overall it’s a change for the worse, and the staff clearly wasn’t ready to take on a RPG with a big world to explore.

Perhaps feeling that the battle systems in the previous games weren’t very good, Elf decided to try an auto-battle system for the third game. The party still has three characters, with Luna, the main heroine from the first game, taking Sophia’s place as the magic user. When a battle starts, Takeru and Baan automatically attack and will do so until they kill the enemies or die, but with Luna in the party, the player is given the option to use one of the four available magic spells. Luna has a MP bar that auto-regenerates when time passes, and once a spell is used, the entire bar is depleted and the effects of the spell used are influenced by how much of the bar was filled when it was used. But, as was the case in the other games, the only actually useful magic is the healing spell. In fact, it effectively breaks the game, as the MP bar fills faster than the HP bars deplete. As long as the characters aren’t way underleveled, it’s practically impossible to die in the game after Luna joins the party, bar the player forgetting to heal when needed. In a way, it’s surprising Elf managed to make the battle system even less interesting than it already was.

Despite being the conclusion to Takeru’s story, Dragon Knight III‘s plot doesn’t have a lot going for it. The bigger scale of the world is never put to good use, and most of the towns you visit and new characters you meet are irrelevant to the main story, only serving to provide completely random sex scenes, an odd amount of which have a weird Grimm’s fairy tale theme going. Other than two or three scenes during the main portion of the game, most of the actual plot is contained in the final dungeon, which makes one wonder if completely changing the game system was really necessary, especially when the execution was so poor. At least the visuals still maintain the same level, and there’s some nice effort put into the battle sprites, as each character’s look changes depending on what they have equipped, which wasn’t all that common at the time. The music still sounds nice too, and the field and battle themes are some of the best in the series.

Just like they did with Dragon Knight II before, NEC Avenue released their own version in 1994 for the PC Engine. Knowing that the battle system hadn’t been well received, they decided to return to a turn-based system with a first-person view. This time you can give commands to each of the three characters individually, and Takeru even has some special attacks and his own MP bar. This makes for the best battle system between the first three games, and definitely an improvement over the original. The staff probably felt that part of the success of the previous game was due to the monster girls, so they decided to change most enemies to monster girls in this version, even though it didn’t make any sense in the plot. The sprites used in battle are all fully animated and therefore battles are more visually engaging. The field sprites are also a bit taller and better looking, but not enough to make much of a difference. There are some CDDA tracks in the PC Engine version, and they all sound better than their PC counterparts. Unfortunately though, the best tracks are all in PCM audio. But despite the improvements, it still remains a weak game, and there’s not a lot anyone could do about it other than completely remaking it from scratch.

Weirdly enough, Dragon Knight III got released in the West as Knights of Xentar. Megatech Software, one of the first companies that tried to release Japanese erotic games in the United States, probably saw the series’ popularity in Japan and decided it was worth taking the chance. In the process, they completely rewrote the script, making it a localization reminiscent of the work of Working Designs. All characters and places have different names, and the text is now full of American pop culture references from the 1990s. This version of the game lets the player tweak some of the characters’ AI in battles, and even has a redesigned interface, but overall it still plays the same. Megatech also released the game on CD with fully voiced dialogues, but the voice acting is atrocious, as one would expect. The Western versions were censored by default, but there were patches to restore all sex scenes.

All things considered, it’s no wonder Dragon Knight III is generally considered the weakest entry in the series, and a disappointing way to end Takeru’s journey. Not the conclusion fans expected for the series that revolutionized the industry. But thankfully, it didn’t end here, and Elf ended up releasing a new sequel three years later. 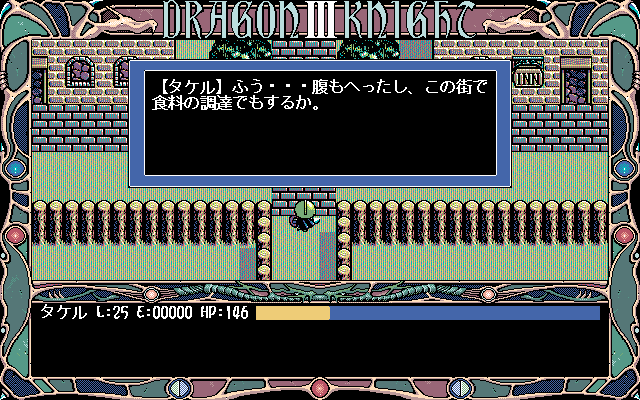 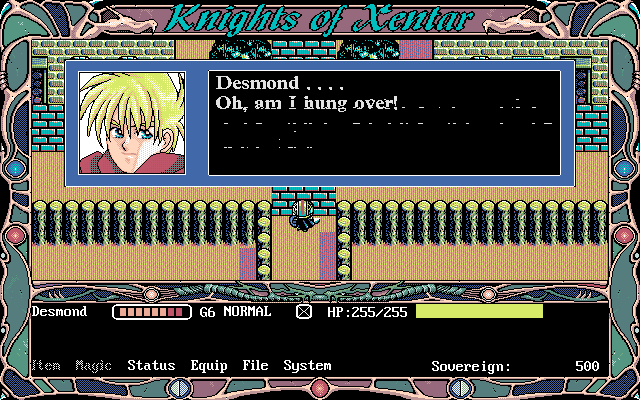 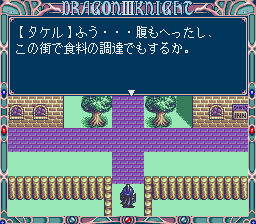 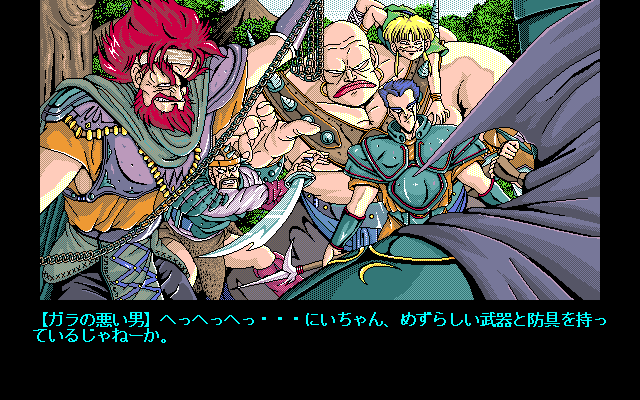 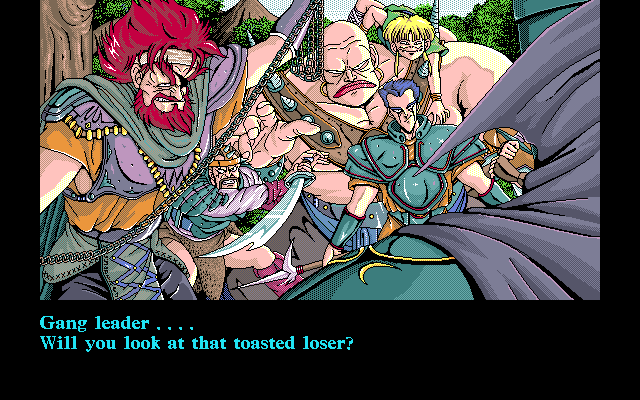 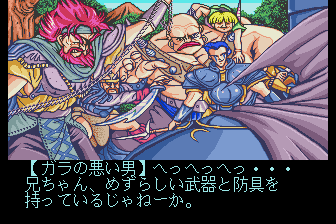 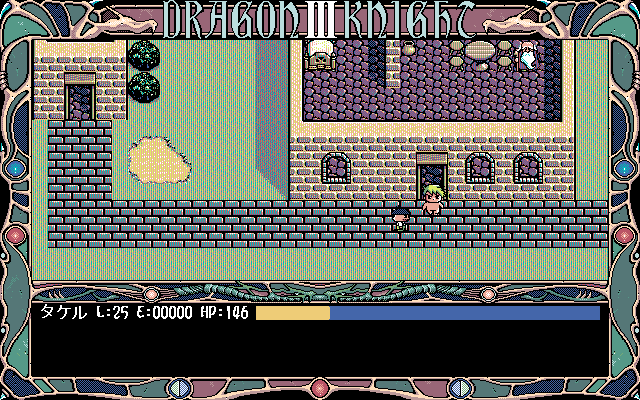 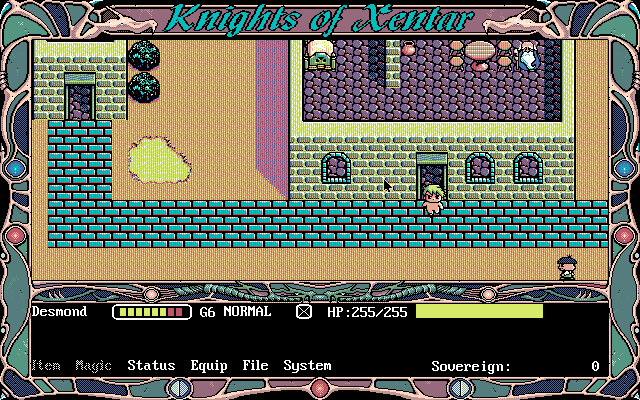 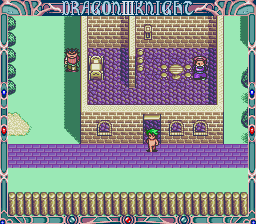 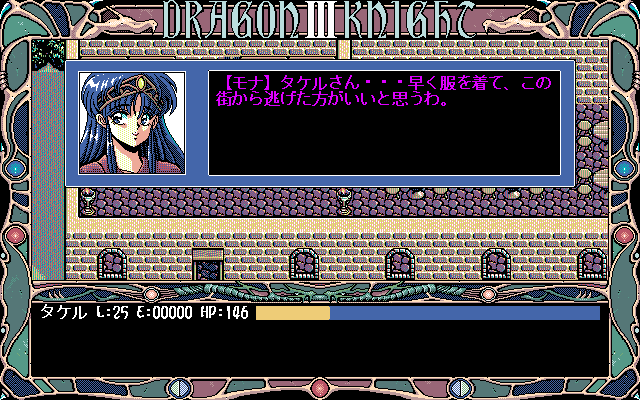 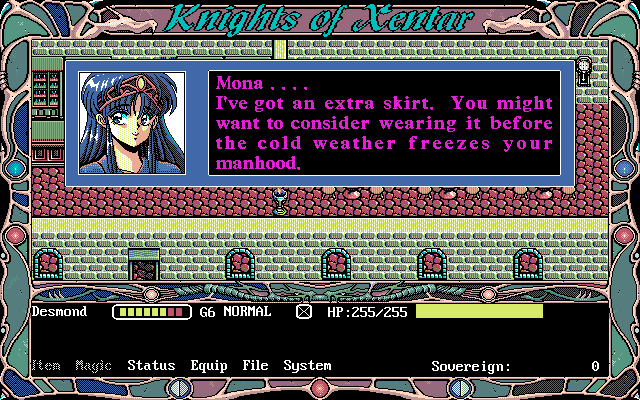 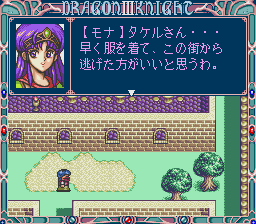 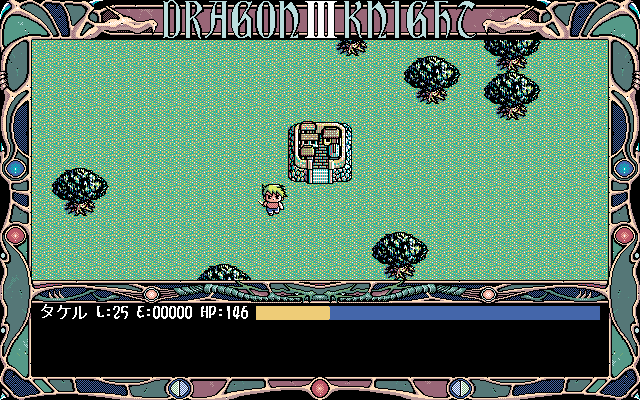 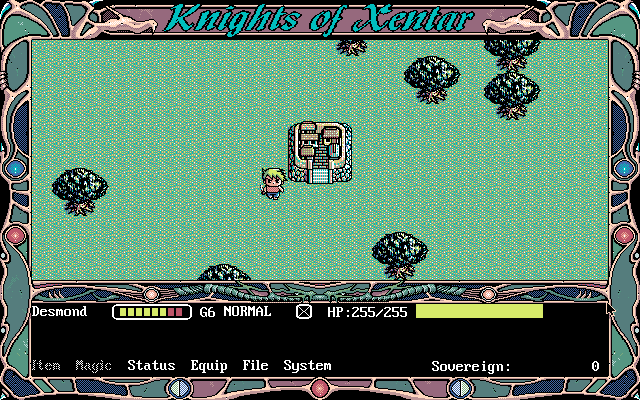 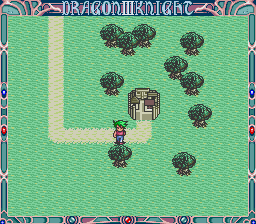 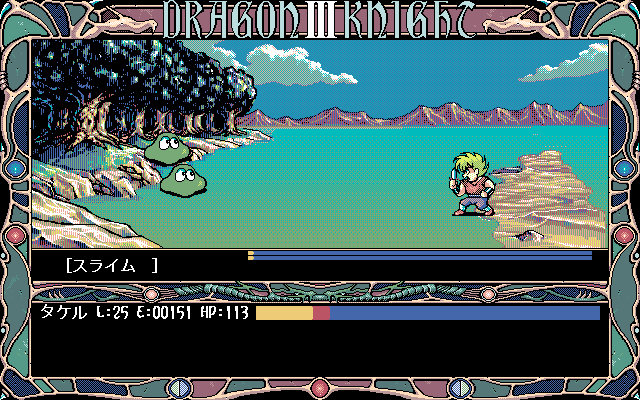 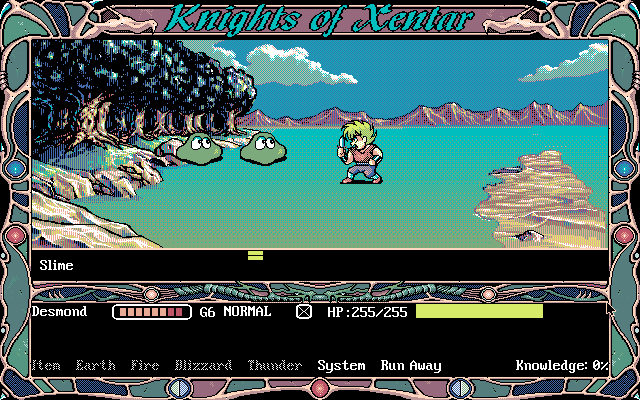 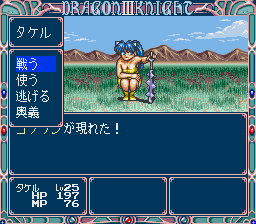