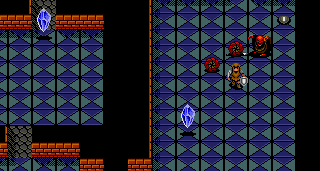 Fatal Labyrinth begin as Shi no Meikyuu, a title released only through the Sega Meganet service. The Meganet, much like the Sega Channel, allowed players to download games and play others online via the Mega Drive. Because of the state of dial-up internet at the time, most games were approximately 128KB in size. This restriction may have led Sega to develop a roguelike in the first place: a core RPG without all the trappings. 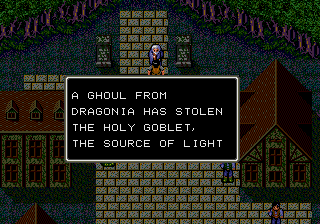 After a brief introduction and controller explanation, the character is thrown into a room armed only with a knife and no armor or items. There are ten different items that can be picked up and used throughout the dungeon. They are weaponry, shields, helmets, armor, rods/canes, potions, scrolls/books, rings, bows, money and food. Weaponry builds up the character’s power offensively, while armor, shields and helmets build up defensively. Rods/canes usually affect the enemy, potions usually affect the player, while scrolls do both. Rings can be equipped like armor and provide the player with a lasting status boost. Bows provide the ability for ranged combat. Players won’t know what each item does until it is used once; the designation for each item changes with each playthrough. 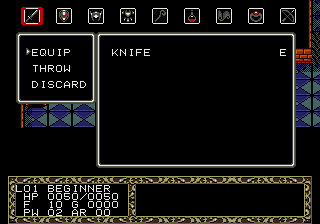 The necessity of food becomes a double edged sword. Too little and the player will starve which will cause hit points to slowly drain. Too much and the player becomes sluggish and slow to move. A full food meter causes the player to instantly die due to gluttonous overeating (!?).

Players will have to traverse down 30 floors before facing the final boss and obtaining the holy grail. The dungeon layout and locations of the items are randomized each playthrough, which can sometimes lead to the unfortunate situation of being dropped right off the bat into a room with several monsters and little chance of survival. Although skill does provide the ability to get better with each attempt, a good helping of luck doesn’t hurt chances, either. 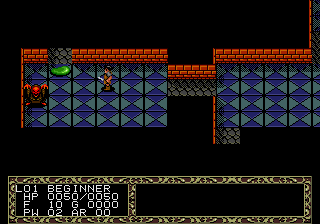 The appeal of Shi no Meikyuu is found in that “just one more” feeling of attempting to top a previous best, to go down farther than before and eke out another floor or two. It can also lead to some extremely frustrating moments, such as being blindsided by an overpowered monster, or the game failing to give you a sword or armor needed to withstand the levels beyond. 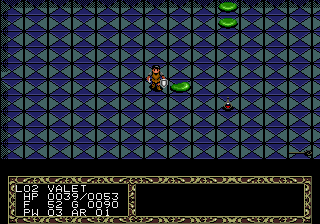 Later that year, Sega, perhaps seeing an opportunity to double dip, re-released Shi no Meikyuu in cartridge form and also brought to America as Fatal Labyrinth. The game also underwent a facelift in the process. An introduction has been added where the player can talk with villagers and gain a bit of a backstory, but it doesn’t affect the actual gameplay at all. The dungeon tiles are given a more vibrant orange, and the menu and status pages have been separated and cleaned up. Gold is given the ability to provide a better grave for the player upon death. Every fifth floor, the player is given the option to continue from that floor upon dying. Despite being a roguelike, Fatal Labyrinth breaks one of the cardinal rules: the ability to come back after death. Granted, there’s enough here that is similar to the genre than disparate, although purists may shake their heads. 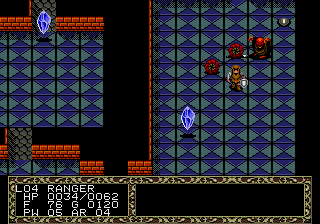 Not one to shy away from their history, Sega released Game no Kandume Vol. 1 & 2 for the Mega CD in 1994. They are collections of games that previously appeared on the Meganet system, and Shi no Meikyuu makes an appearance on Vol. 2. However, it is the re-released cartridge version that is playable and not as the game originally appeared on the Meganet. In fact, this version may be seen as inferior, due to the fact that there is rearranged music for the introduction and game over screens, but completely omits all music during the actual game. There is also a version for Windows released through Steam, but it is a straight emulation of the Genesis. 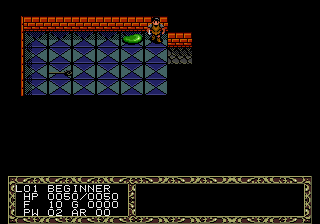 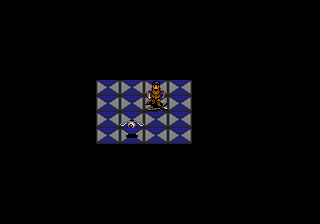 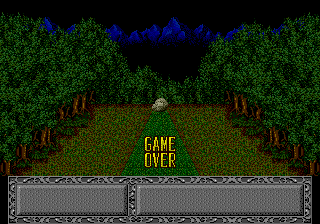 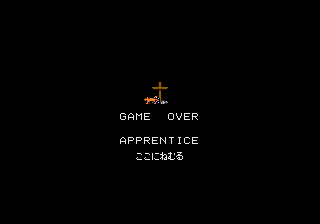