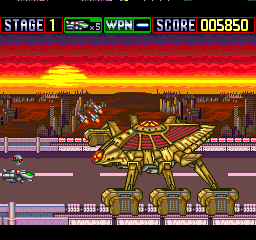 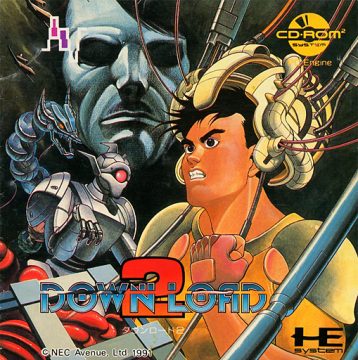 The second game in the Download series was released at the end of March 1991 – i.e. roughly nine months after the first game and the novel – and took the step from HuCard to the PC Engine CD system that the cutscene quality of the first game had hinted at all along. Despite the short time between the entries, a lot of things have changed this time, and many towards a less satisfactory direction. Sadly, a lot of the mechanics and features that made the first game stylish and charming are now gone, and what is left is a much more generic experience. The story, however, is totally over the top (Hitler is on the front cover, so you know what to expect from the outset). Download ended with a text-crawl after the end credits that foreshadowed the second game, meaning that a follow-up was planned from the beginning. 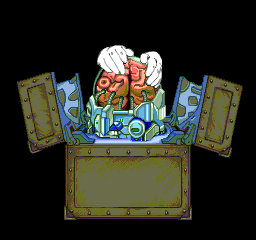 The first thing you see when you start the game are two hands fondling a brain in a box, followed by Syd watching the TV news reporting that someone has stolen the data library of the Ministry of International Trade and Industry. Deva comes around with a new job: she has gotten information from the police that the perpetrators could be tracked to a group called the Ethnic Council. Syd confronts them and learns that they will use the data to get their hands on what they call The Great Emperor. “The Emperor” was the codename for NERO in the first game, but this soon turns out to be a red herring. After following different clues in cyberspace, they finally unravel that the secret data the Ethnic Council stole was a digitized copy of Adolf Hitler’s brain (a totally underwhelming reveal, given the cover art…). Of course, Hitler’s digitized self soon becomes self-conscious and runs amok within the cyberspace, and Syd has to dive into his mind and take him out.

The cutscenes are voice only, meaning that even if you can understand Japanese, you need pretty good listening comprehension to follow the story, as you cannot rely on a dialogue box. On top of this, the music is mixed a bit too loud over the voices, which sometimes makes them unintelligible. The voice talents seem to mainly have a few contemporary games on their CV, except Kaneto Shiozawa who voiced Syd. Shiozawa did a lot of anime and video game voice acting before his untimely death in 2000, including Gray Fox in Metal Gear Solid, Rei in Fist of the North Star and Paul von Oberstein in Legend of the Galactic Heroes. Download 2 was among his earliest video game work. 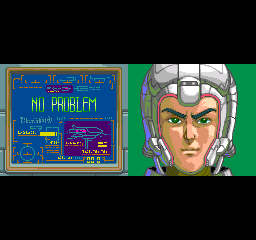 As was mentioned in the series´introduction, the graphics and character design changed a lot from the original game and are sadly pedestrian at best. The new designs just look off somehow. Syd looks like a random bloke, and Deva has changed her hair and has gotten fashion advice from Carmen Sandiego (nothing wrong in that). She does seem more timid though, and is more of a bleak minor character than the sidekick she was in the first game. The elephant in the room is however the ugly cyber helmet they have given to Syd which takes the cool out of all his cutscenes (they even hint at Syd being an android at one point, which makes it even stranger that they took his cranial ports away in this game). The cyber helmets do return in the anime but with a much better design.

The visual changes make the game feel more techno-future than cyberpunk, because of its choice of color palette and overall design. The electric guitar soundtrack adds to this experience, with the wailing guitars creating a slightly cleaner soundscape than the gritty PSG synths of the first game (which do make small reappearances, e.g. in the jack-in sequences). The music of Download 2 is one of its bigger merits and shows that not all changes they tried for this game skewed towards the generic. The cut scenes are very good looking with sparse but smooth animations and are probably among the best looking on the system, despite the duller character design.  However, at times the redesign feels more like a reboot than a continuation of the series, especially since there are so many visual references to the first game. The opening cutscene has many similarities to the opening of the original and the first level is basically a less flashy remake of the opening stage of that game.

The Motoloader has been redesigned from a hoverbike to an arguably less cool-looking spaceship. The ship is a bit bigger now, but the hitbox does not suffer too much from it. You can no longer change the speed of the ship manually like in the first game, and must instead rely on speed power-ups. There is now a life (1up) system instead of the lifebar. One hit kills you, subtracts a life and respawns you at the same position but down-powered. The continues are still unlimited, which is appreciated, but the password system has been removed. Contrary to the first game, touching walls and environmental hazards is lethal. The Game Over-screens still feature an illustration of your defeat by the stage boss, but have been stripped of their Engrish comments, which arguably make this game a little less amusing. There are more levels this time (nine vs. the six in Download), but the division of stages into substages is gone, and there are no checkpoints. In all, the sequel feels a bit more balanced when it comes to actual content versus artificial padding by high difficulty. 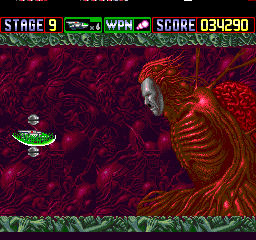 Another big change is that there is no weapon select screen or secondary weapon this time. Instead, the I button cycles between four different main weapons that are always available (vulcan cannon, laser beam, homing shot and a short range electric saber). This does make for some strategic elements since choosing a suitable weapon for different situations and bosses on the fly can make a big difference. The homing missile for instance comes in handy for bosses that walk to the left of the screen and cannot be hit by weapons that only fire to the right. Speaking of bosses, they are often just static sprites that lack animation, which makes encounters with them feel like fighting a wall. Even the literal wall boss of stage 1-3 in the original game has more going on than some of the bosses here. The power-ups have been redesigned as well and are much easier to understand this time thanks to their distinct looks and letters. S-orbs increase the speed and P-orbs boost the power of the weapon, a red block gives you an option (a series first) and a blue block, a shield that allows you to take extra hits. The levels of the weapons have been decreased from five to three, possibly to account for the lack of a lifebar which made reaching the max level accomplishable in Download. There are also some rare power-ups that only occur in certain stages (F-, S-, G- and E-orbs). You still take damage if you don’t shoot the power-up capsule first. The collectibles can also leave the screen this time if you don’t collect them fast enough.

The cyberdiving concept is better illustrated this time around and the stages that take place within someone’s mind are thematically more creative than the abstract geometry of the original. There is an unexpected amount of stages with a Greco-Roman theme (a reference to the NERO villain of the first game). Stage 5 is extra memorable as you fight the projectiles thrown at you by a long fresco, similar to the Bayeux tapestry. However, it is a bit unclear how the stages in this game are supposed to fit together. Going by the logic established in the original game, the way to keep track of when you are in the real world or inside Down Load is that the representation of Motoloader changes into a sleek-looking ship when you are inside the network. This does however imply that Stage 4, 6 and 8 take place in the real world, which makes little sense with their themes. The most likely interpretation is that more or less all the stages after the first two take place inside someone’s digitized mind or inside the collective unconsciousness of the cyberspace network. All of this might very well be explained in the Japanese dialogue, but the problematic audio mixing and the visual presentation alone does not do much to facilitate this.

After beating the game, you can unlock a hidden mode by holding a specific button combination at the last frames of the credits-roll until the game restarts (alternatively, you can go into the debug mode and skip directly to the credits to avoid having to play the game through first). Once the first stage begins, it becomes obvious why this mode is hidden in such an obtuse way: every single enemy except the bosses have been changed to characters from the contemporary popular culture. In this parade of copyright infringement you will encounter characters from Ultraman, Tensai Bakabon, Moomin and Astroboy to Thunderbirds, buckets of KFC chicken and the wonderfully absurd yon-koma manga Utsurun desu. In a way, the hidden mode might be the most amusing way to play this game, as it really makes you await what strangeness the game will throw at you next. 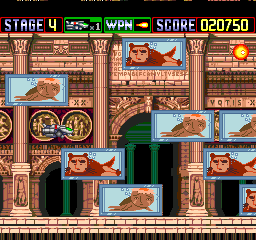 Download 2 is by no means a bad game, but is inevitably a more generic one than its prequel. Many – but far from all – of the changes made for the sequel seem a little ill-advised in retrospect. The omission of the secondary weapons does change the gameplay formula more drastically than you’d think, and playing the two games back to back will require you to readjust your strategy for the second one, which is a nice change of pace. Since there are so many other good shoot-em’-ups on the PC Engine, Download 2 may not be one of the first games one would recommend on the system. If you only want to try one of the Download games, the original is the more satisfying experience. Unless you really want to kick the butt of a cyber-Hitler body horror abomination, because then Download 2 is the game for you.

Japanese essay on the series and on Download 2 in particular

Japanese Wiki that has a list of the enemies in the hidden mode: https://www26.atwiki.jp/gcmatome/pages/276.html

Shout out to John Riggs for the Carmen Sandiego joke: