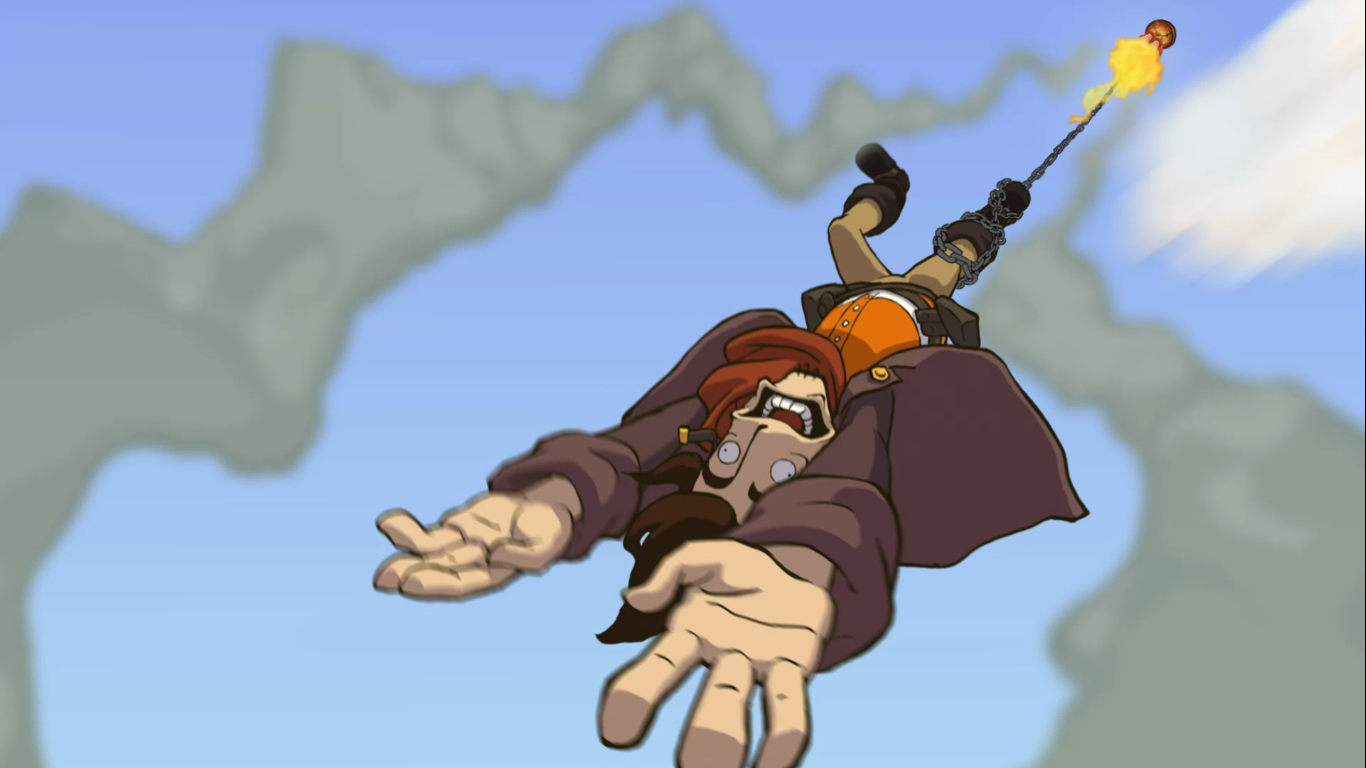 For a long time, the German studio Daedalic Entertainment didn’t really have a signature title it could hang its hat on. Sure, Edna & Harvey got them some attention, but they hadn’t yet found that special series that would really put them on the map. It was in 2012 that, with the help of studio founder Jan Müller-Michaelis, the studio finally had their signature franchise: Deponia.

Named after the German word for “landfill,” Deponia was a series of four games taking place primarily on the titular planet Deponia, a world where people live in a natural environment made entirely of trash. It painted itself as a mean spirited dark comedy, inverting the hero’s journey for laughs, but as it went on, it proved itself to have far more layers than anyone could have initially expected, wrapping up in 2016’s Deponia Doomsday, a game all about accepting that not everything can last forever.

But that’s jumping ahead a bit. Let’s go back to where everything started…

Note: Deponia, Chaos on Deponia, and Goodbye Deponia were played in the Complete Journey release for this article. There shouldn’t be any significant differences besides a missing joke mode for the first game and a commentary track button in a few screens.

The first Deponia game, simply called Deponia, follows Rufus, an egotistical, lazy, selfish tinkerer who wants to leave the planet and his hometown of Kuvaq to go to the city in the sky, the promised land of Elysium. One of his harebrained schemes actually works for a change (though not as intended), as he gets on an Organon junker (Elysium’s on surface army) headed for an airboat to Elysium, but fate intervenes as he sees an Elysium woman named Goal trying to escape some Organon soldiers. He manages to save her, but he gets both of them dropped from the ship. Goal ends up in a coma, her brain implant damaged, and Rufus vows to help her and return her to her fiancee, Cletus, to get a ride off world.

Deponia suffers massively from pacing issues. It’s the establishing game of a planned trilogy, trying to introduce a world and a large cast of characters and factions, and it mostly succeeds at this. There’s a lot of time spent in Kuvaq, showing the people Rufus lives with and how they spend their lives. It also doubles as a way to get us into Rufus’ shoes, and it manages to salvage his generally terrible personality by game’s end. There are reasons Rufus is the way he is, particularly how his now missing father raised him and how his ambitions are ignored by those around him, but it also doesn’t negate his own wrongdoings. 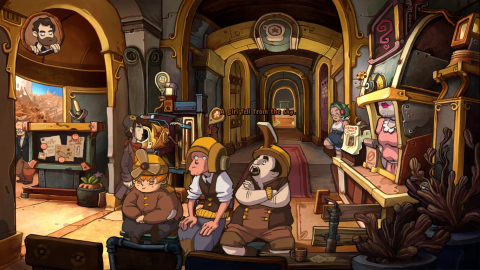 The ending of the game nearly has Rufus do something truly unforgivable, only to act in a selfless manner and finally start acting like a proper hero, and it makes sense why he got to this point. The game’s best bits of characterization, as for all the series, is that everyone has good and bad elements to who they are, and we get to see both in large numbers. The only exception here is Goal, who’s knocked out for the majority of the story.

The big issue is that there’s very little exploration of Deponia itself. The Kuvaq chapter takes up most of the game’s play time, and the mine area is mostly barren and uninteresting. There’s very little sense of plot progression for most of the game, even highlighted by the game’s narrator singer and his choir making a joke about it. That doesn’t really excuse how slow the start is, though. We also don’t get a good feel for what the main conflict through the trilogy is. We discover the stakes late, but we don’t understand why the Organon are doing what they’re doing, or why Elysium is interested in this particularly extreme course of action. It also suffers from not letting Goal have a more significant role beyond damsel, and while the game is clearly toying with the trope for some dark gags (Goal is subject to just as much slapstick as Rufus), she barely feels like a character until the final moments. 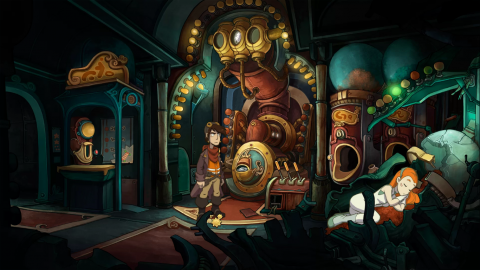 The puzzles are also a mixed bag. There’s some really clever and funny payoffs, and they generally make logical sense (all of the Gizmo job switch stuff is really satisfying to play with), but there’s so many items and scenarios to keep track of in the Kuvaq section that it can be overwhelming at times, a problem that only grows worse in the main trilogy. This issue irons out once the Kuvaq chapter is finished, but it lasts for so long with so little of substance happening that it becomes tiring. Out of all four games, the original stands as the weakest in terms of structure, making a poor starting point without a walkthrough handy. If the option to quick transition between screens with a double click wasn’t there, the game would be nearly unplayable.

Thankfully, the staff learned fairly quickly from this initial rocky start, really showing off a much more fulfilling adventure within the same year…