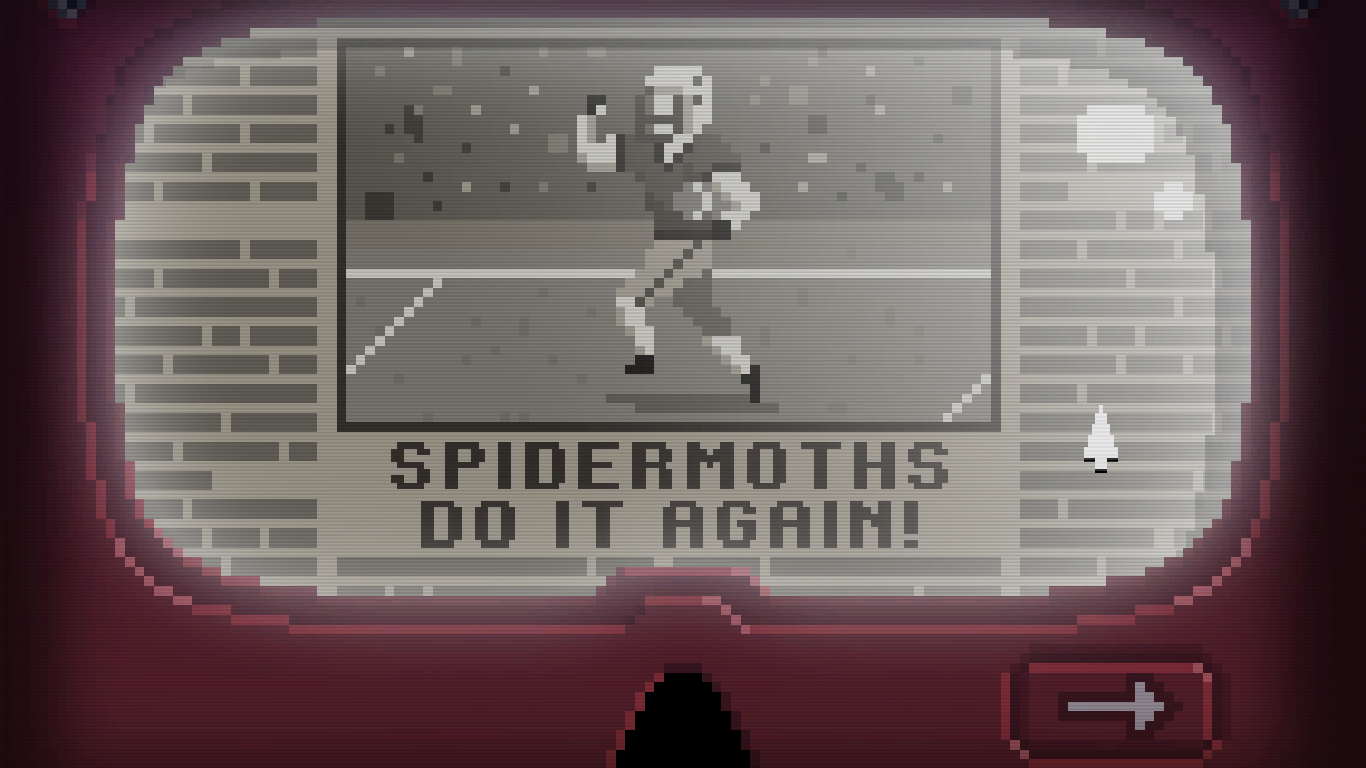 The Darkside Detective is probably one of the most middle of the road sort of adventure games you’ll ever play – at first. The idea is you play as one Detective McQueen, a paranormal investigator who deals with the spooky stuff in the town of Twin Lakes, helped by his dimwitted sidekick Officer Dooley. Shenanigans ensue, and you learn more about the characters as you go from case to case, like McQueen constantly being undervalued by the higher ups. It’s not much at first, but the longer the game goes on, the more it adds to its world, the character dynamics, and the supernatural ideas explored. 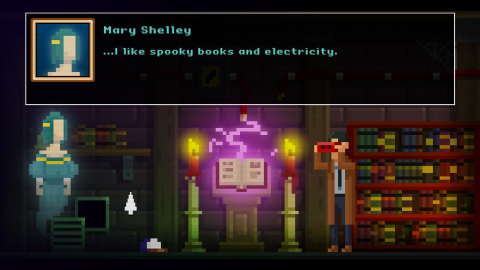 The early episodes are mainly short gag collections, which are impressively funny just for how compact these chapters are. Comedy games tend to have a pacing issue, where you have to actively look for the jokes and may not get punchlines worth the time investment. The Darkside Detective mainly works in basic puns and nonsensical absurdity, and those styles of humor work well with fast pacing. It’s quite charming, even with the extremely generic sprite art design, what with every character looking like a generic stick figure indie hero man, thanks mainly to Gabe McCabe’s peppy dialog. 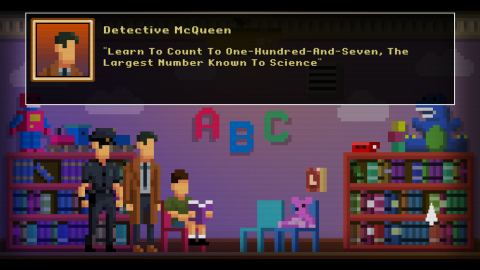 What makes Darkside Detective something worth investing in as a franchise, with a second game currently in development thanks to Kickstarter, is those later episodes. They become longer and more complex in their design, which does weaken the pacing of jokes, but they make up for it with stronger character dynamics. McQueen and Dooley grow a fun back and forth that makes them feel like equals, and the supporting cast gets used in a lot more fun ways, especially in the case where the duo have to save Christmas. Some puzzles are a bit much at times, relying on trying a ton of different options until you manage to break through out of sheer frustration, but the episodes are still relatively on the short side to keep it from being a game killer. 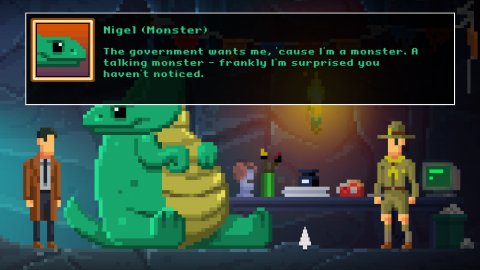 The growing personality and new ideas at play, like the politics of the darkside dimension, create a genuine world, and the amusing little gag game becomes a proper adventure with characters you want to see more of. You can see the team learning the further they go with the later added episodes, and it makes the promise of that sequel game all the more exciting. If you want a great point and click that will leave a smile on your face (assuming you can handle a few annoying item puzzles here and there), you’ll find something very much worth investing in here.