Video game publishers occasionally cross-reference competitors titles in cheeky ways, though sometimes have to be done subtly to avoid copyright claims or otherwise prevent bad blood from spreading between companies. However, it’s quite rare that a character from one publisher would blatantly appear in another’s games, especially without express permission. And that’s pretty much the case with Adol, from Falcom’s Ys games, who makes a cameo in Lunar: The Silver Star for the Sega CD. 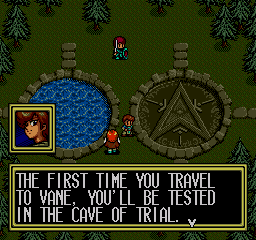 In the opening hours of the game, you’ll come across this spring that will send you into the magical floating city of Vane (though not before going through a cave of trials to prove your worth). There’s a guy wandering around here, and if you look closely, his sprite is basically identical to Adol, right down to the red hair, armor, sword and shield, particularly his sprite in the TurboGrafx-16 games. 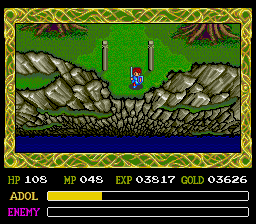 In the English translation, this guy just muses about how many licks it gets to the center of a Tootsie Pop, one of those cases where the localizers replaced some NPC dialogue with a joke (and this case a cultural reference). But the Japanese version creates a much more explicit connection between the Ys games:

He says, “A town floating in the sky…hmm, I recall some place like that from an adventure from long ago, but……It’s no good, I can’t remember. Just who the heck am I?”

The flying city of Vane is a LOT like the floating land of Ys from Ys II, so not only is this casually drawing the connection between the two titles, but also explicitly presenting Adol as a character who stumbled into a completely different game but also only vaguely remembers it. Obviously this was something that either Working Designs didn’t pick up on, or felt it would be a bad idea to reference another publisher’s title. Ys Book I & II had been released in English at this point, though the number of wealthy RPG fans that had both a TurboGrafx-16 CD and a Sega CD had to have been pretty small, so most probably wouldn’t have caught the reference. 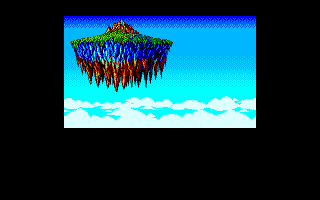 Then again, Working Designs did sneak in a reference to Cosmic Fantasy II, in the form of someone wandering through the Cave of Trials, who namedrops Galam (the antagonist from that game) as well as Marley, one of the supporting characters. This guy is also presented as a character lost from a different game (though he’s just a generic NPC instead of someone that’s clearly patterned after someone from those games.) So maybe that was their way of recognizing and replacing this joke with something with closer ties to the publishers.

Anyway, Studio Alex, the production company who designed the original Lunar games, was founded by Kazunari Tomi, a former Falcom developer, plus a few other designers jumped ship to work with the new company. This included Ayano Koshiro (sister of musician Yuzo Koshiro), who worked as a graphic designer on both Ys games as well as some of the Lunar games. Tomi himself did not work on Ys titles, as he primarily worked on games like Dinosaur, Sorcerian, and Star Trader. 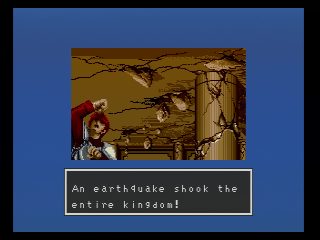 This isn’t the only time Adol has popped up in another company’s RPG. In Phantasy Star III, there’s a cutscene with a character that looks suspiciously like the Falcom hero. (Thanks to the My Life in Gaming folks for pointing this out!)

Lunar-Net: Source of the Japanese screenshots

Legends of Localization: This cameo was actually pointed out by a few posters in the comments of this article.