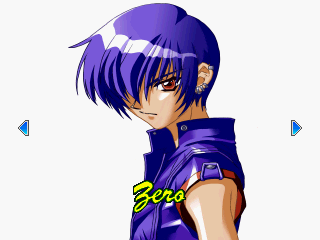 The world of Flight-Plan’s SRPG Black/Matrix is like an inverted version of Christianity – the seven deadly sins are considered virtues, while concepts like “charity” and “kindness” are punished. There are angels, which have either black or white colored wings, as well as wingless humans, who are part of the lower class. The player character is a young human male named Abel, who is a slave to a “master”.  At the beginning of the game, you can pick your master from one of five women:

However, if you enter a hidden command, a six character, a man named Zero, is unlocked. When the text “ご主人様を選んで下さい”, or “Pick your Master” is displayed, quickly press (in order) X, Y, Z, A, B, C, then Start. If successful, you’ll hear a tone and can select Zero.

At the outset of the story, the master has declared their love for the hero, a forbidden emotion in this cruel world, forcing the two of them to be separated by law. Having a same-sex option was fairly progressive for the time, and even is now, considering that there still aren’t really any mainstream JRPGs with homosexual romances. It is a little unfortunate that it needed to be hidden, sort of like how the Sega versions of the original Mortal Kombat needed to activate the blood with a code. However, like that, it was basically an open secret, and featured in strategy guides and the like. 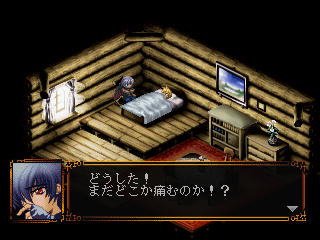 Black/Matrix proved very popular with BL (“boy love”) fans, which earned the series a female following. There were also several comic anthologies written by various artists, and many chose Abel and Zero as the main pairing. In the initial Saturn version of the game, the Master’s role is fairly small, appearing primarily at the beginning and the end, though the subsequent re-releases for the Dreamcast and PlayStation enhanced their role. This is true even of all of the women Masters.

As for Flight-Plan, they specialized in SRPGs. Beyond assorted Black/Matrix remakes and sequels, their most prolific series was Summon Night. Various spinoffs were released in North America by Atlus, but the series proper didn’t reach English speaking territories until the fifth entry, though this was after Flight-Plan had closed and the rights had moved to a different company. They also developed Shining Force Feather for the DS for Sega, as well as three other SRPGs for the PlayStation 2: Eternal Poison (which was localized), and Dragon Shadow Spell and Sacred Blaze (which weren’t). 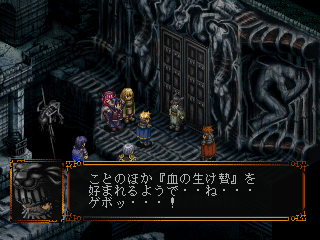