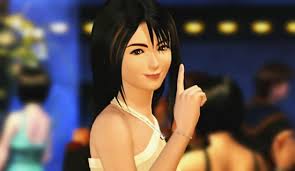 Among the Japanese RPG fanbase, there’s a specific term for a set of female characters largely disliked by the audience: The Three Great She-Devils of Square (スクウェア三大悪女). The reasons why characters made this list are varied, but the mostly revolve around the heroine betraying the hero(es) in some way. Obviously, spoilers within for the titles (Bahamut Lagoon, Live-A-Live, and Final Fantasy Legend). 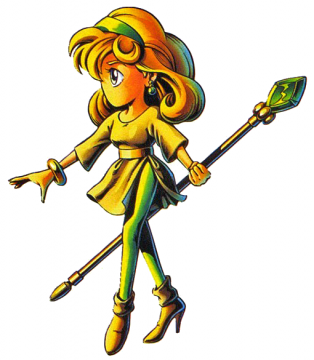 At the top of the list is Princess Yoyo from the strategy-RPG Bahamut Lagoon. She’s the childhood friend of the hero Byuu and is presented as a potential love interest, but ultimately she ends up with another character, General Palpeleos. 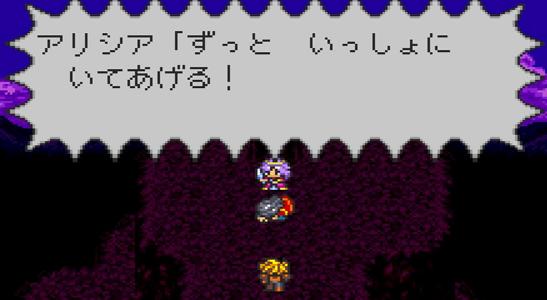 Next up is Princess Alicia from Live-A-Live, who’s featured in the next-to-last chapter, King of Demons. It’s a little complicated, but in summary: she was meant to marry the hero knight, Oersted, but is kidnapped by the Demon King, after which a group of warriors – including Oersted, and his friend/rival Straybow – attempt to rescue her. Straybow, raging with jealously, fakes his death, reaches Alicia first and convinces her that everyone else, including Oersted, had abandoned her. When Oersted finally reaches them, Straybow attacks and Oersted is forced to kill him in self-defense. Upon witnessing this, Alicia misunderstands what happened and blames Oersted for Straybow’s death, then commits suicide. The end result of these tragic circumstances (along with some other stuff Oersted was tricked into doing thanks to Straybow) result in Oersted becoming the demon king Odio, the main antagonist of Live-A-Live.

There’s some debate over the third character. Some have nominated Mireille from Makai Toshi SaGa (Final Fantasy Legend) for the Game Boy, featured in the third world of the game. The world is ruled by Byak-ko, but the resistance is helmed by two twin sisters, Mireille and Jeanne. However, it’s revealed that Mireille is actually working with the evil Byak-ko. When everyone learns of the traitor, Byak-ko tries to kill Mireille, but Jeanne jumps in front of her to absorb the attack, which ends up killing her. Mireille lives, but weeps at her mistakes. 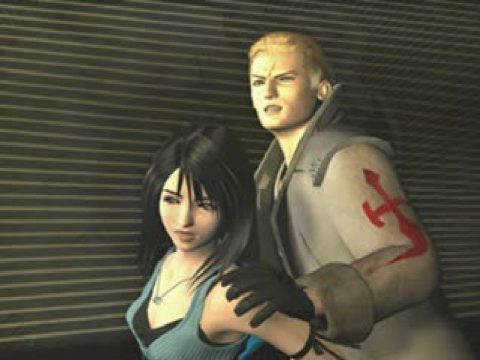 Alternatively, there’s also Rinoa from Final Fantasy VIII, which is probably the only character widely familiar to non-Japanese players. The rationale here seems mostly just because of her personality, along with lingering feelings with her ex-boyfriend, Seifer, who also happens to be the rival of Squall, the hero (though eventually she hooks up with Squall anyway). Rinoa seems to only end up here because Final Fantasy VIII was not only extremely popular but also very divisive in general, compared to the relatively small amount of gamers familiar with SaGa. 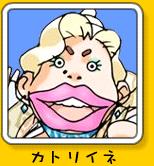 While it’s not regularly brought up on these lists, an extra addition to this list is Catholine from Hanjuku Hero vs 3D/Hanjuku Hero 4, the two entries on the PlayStation 2. She’s an ugly, incredibly obnoxious princess who pushes herself on the weak-willed hero. If you put the Japanese term into Google and check out the autofill, there are a few others that pop up too, like Tifa from Final Fantasy VII.

It’s important to note that these ladies got these reputations largely due to demographic of the RPG fanbase – which is to say, mostly middle and high school boys, who generally don’t have the most nuanced view of women, the least to say anything resembling subversive stories. One of the main reason why players were so frustrated with Yoyo was because you can name the characters whatever you want, so naturally, most boys named the heroine after a girl they liked, only to be disappointed when said girl ended up basically leaving the hero for a rival. But of course, a story where the hero doesn’t get the girl is an interesting play on the typical wish fulfillment scenarios these type of games usually are, as noted in this blog entry.

Alicia’s place on the list is also rather unfair, since it’s clear that she’s a victim of manipulation, and Straybow is the true villain of the story. As Wikia points out, one of the Demon Lord Odio’s attacks is called “Saint Alicia”, even implying that he doesn’t harbor any ill will towards her.  Then again, she’s only barely a character, considering her presence is pretty much contained to the beginning and end of the chapter, so it’s not like the player gets a fleshed out view of her.

Mirelle’s betrayal obviously puts her in a bad light, in more straightforward ways than the other women on the list, but considering she’s not even a major character in the story, the designation of a “she-devil” seems pretty harsh. And while there’s been lots of criticism about the teen drama of Final Fantasy VIII (Final Dawson’s Creek, amirite?), Rinoa doesn’t belong anywhere near the list, because “not immediately falling in love with the main character” really shouldn’t be a crime. Meanwhile, Catholine in Hanjuku Hero actually makes more sense, since she’s meant to be an incredibly dislikeable character (in an over-the-top, comedic way).

It’s also important not to make any sweeping generalizations of the Japanese RPG community based on these selections. It’s not like everyone agrees with them – there’s a lot of chatter about whether these girls really belong, much as this article has done. It’s just interesting to see what gamers in another part of the globe think about things, and wonder if the same attitudes would’ve been held by Americans or Europeans if these games had been localized. These two English language GameFAQs threads have some pretty demeaning words to say about Yoyo, for example, so it’s likely the reception would’ve been similar. Meanwhile, the translator notes from the English fan translation notes that Yoyo’s character is rather poor written.

In addition to the above sources, the Pixiv entry even links to some fan art of the trio.