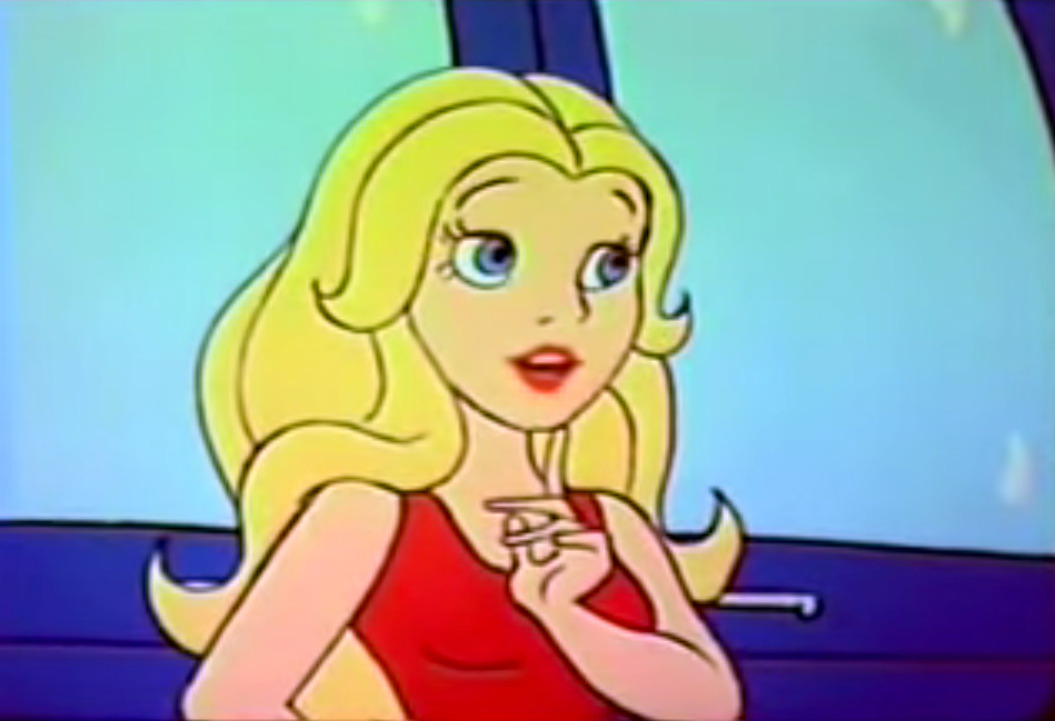 The story of how Mario got his name is fairly well known – in the original Japanese arcade release of Donkey Kong in 1981, he was unnamed, but when it was brought to the United States, the manual gave him the prototypical (and somewhat generic name) “Jumpman”,  before he was christened “Mario”, which was used in most of the public advertisements. Obviously, the name Mario stuck, and Nintendo officially gave him this name back in native Japan with the release of Donkey Kong Jr. the next year. 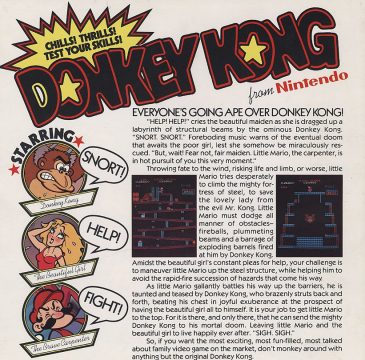 However, less is certain about the name of the girl kidnapped by Donkey Kong, who eventually became known as “Pauline”. In Japan, she was simply known as “Lady”. As of this writing, the English Wikipedia for Donkey Kong says she was named after Polly James, wife of Don James, who was the warehouse manager at the time. The Japanese Wikipedia page instead points to the cartoon Saturday Supercade (though it also links to another article for Pauline herself that gives some other theories, including the “Polly James” one). So which is correct? 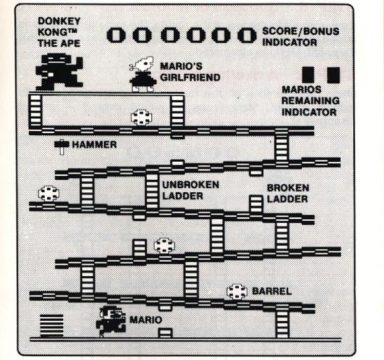 The “Polly James” story is sourced to David Sheff’s 1993 book Game Over: How Nintendo Conquered the World, which was one of the first English books on the history of video games:

The NOA (Nintendo of America) staff gathered in a corner of the warehouse around a couple of card tables. They came up with a simple translation of (Shigeru) Miyamoto’s story and they had to name the characters. (Minoru) Arakawa christened the princess Pauline, after James’s wife, Polly. They were trying to decide what to call the rotund, red-capped carpenter, when there was a knock at the door.

Arakawa answered it. Standing there was the owner of the warehouse. In front of everyone, he blasted Arakawa because the rent was late. Flustered, Arakawa promised that the money was forthcoming, and the man left.

The way in which the story is told, it’s implied that Pauline’s name was devised at the same time as Mario’s. However, in many other sources at the time, including the original English arcade flyer and in the console manuals, they just refer to her in generic terms (“the beautiful girl”, “Mario’s girlfriend”). In an advertisement for the 1982 Donkey Kong Game & Watch portable game, the girl is given the name “Louise”, though unnamed in the actual manual. Saturday Supercade debuted September 1983, which appears to be the first time where the name “Pauline” is actually used. When Donkey Kong was released for the NES in late 1985, the manual also gives her the name “Pauline”, which seems to be the first video game to do so. (The Japanese Famicom version was released in 1983 at the system’s launch and still referred to her as “Lady”.) 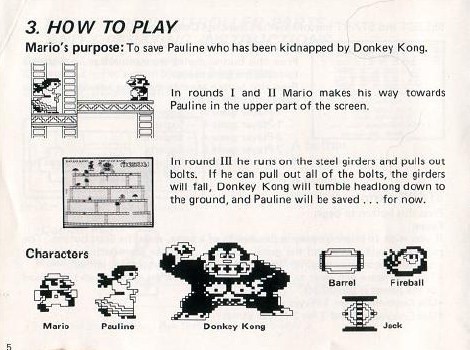 She IS referenced by name in this officially licensed Donkey Kong Coloring Book from 1982, which appears to be the first time this was made public. (Thanks to Kevin Christman for the link!) 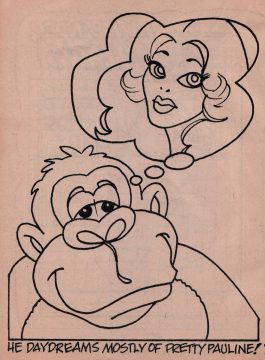 So this coloring book might be the first place it popped up! But it’s pretty odd how Nintendo themselves (or any of the video games) referenced this name. Maybe they developed the name internally but didn’t actually give it to any of their game licensees? Still, if Sheff’s story isn’t the actual way the name came about, then where did the name come from? One of the theories is that she’s named after the eponymous heroine of the earth 20th century film serial The Perils of Pauline, one the original “damsels in distress”, which would certainly be appropriate for a girl kidnapped by an ape.

The official webpage for the Japanese Virtual Console release of Donkey Kong still refers to her as “Lady”.

Back in Japan, the character was still known as Lady until the release of Donkey Kong for the Game Boy in 1994, in which case the name was unified with its overseas version to Pauline. There are actually some cases of Japanese media, like the Perfect Edition of Great Mario Character Encyclopedia, where they state that Lady and Pauline are separate people, but within Nintendo’s own canon, they’re the same person (perhaps as a nickname, much how “Princess Toadstool” transitioned into “Peach” with Super Mario 64). Pauline appeared in a few titles, including a cameo in Pinball for the NES, but mostly in the Mario vs. Donkey Kong puzzle spinoffs, before getting a starring role as the mayor of New Donk City in Super Mario Odyssey for the Nintendo Switch in 2017. 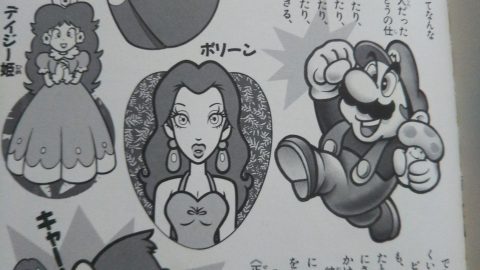 Anyway, none of this research proves anything definitive, and in fact actually just muddies the waters. But it does hint that Sheff’s version of the tale, which is widely referenced as the source of many wikis as of this writing, might not be as definitive as the book claims to be.