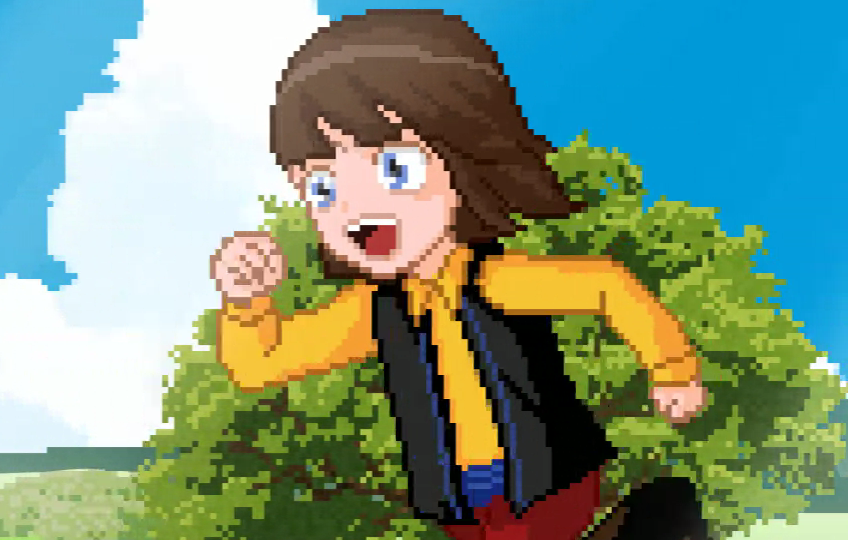 It’s amazing just how much influence anime has had around the world. It’s far more popular in Spanish speaking countries than you’d expect, and we sometimes see the odd visual novel from those regions. But then there’s Baroque Decay’s The Count Lucanor, a loose take on the Spanish stories of Count Lucanor, done entirely in the style of a Studio Ghibli film (their comparison) and sprite based adventure games, with a bit of class from a classical soundtrack remade with chiptunes. It’s a short but ambitious game not unlike a Ghibli film. A young and innocent lead, a competent supporting female lead, a cast of wacky and strange supporting characters, cruel villains, mythical wonder, and a lighthearted but adventurous tone.

Except they also added horrific piles of gore, giant man-eating monsters, Satan possessed goats that decapitate people, and an army of Spanish grim reapers that exist solely to devour the main character’s soul.

This is not a game targeted at kids. Unless they’ve seen Brain Dead. 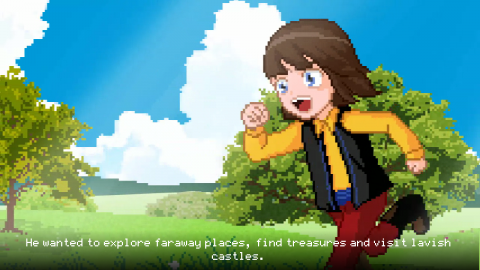 The Count Lucanor is essentially a fairy tale told in the way of actual fairy tales and not their neutered modern versions. You don’t learn a good lesson without some serious trauma along the way. Our hero, the ten year old Hans, decides to leave home to have an adventure, getting some final supplies from his mother and aiming to find his way in the dangerous world. After some encounters with some colorful characters, Hans winds up falling asleep, has a nightmare where a giant crow eats him, and wakes up to find the local river made of blood, the goat herder he just met decapitated and surprisingly okay with it, and a bunch of man eating goats trying to eat him. However, a mysterious kobold guides him to the castle of one Count Lucanor, and Hans is given a chance to inherent the Count’s vast fortune. Hans takes a horrific haunted castle filled with death traps and monsters better than most people would, give him that much.

The majority of the game takes place within the castle, as you explore rooms for letters of the kobold’s name, as guessing his name in the only way to get that treasure. Along the way, the various faces from the daytime appear in surprising ways, and the halls and rooms start getting patrolled by the servants of the count after you find four of eight letters. Hans is just a kid, so he can’t find the monsters, and everyone within the castle has no interest or ability to fight them either, so the majority of gameplay is finding places to hide, like behind curtains or under tables. Wait for the guards to pass, and dart out to do what you need to do. 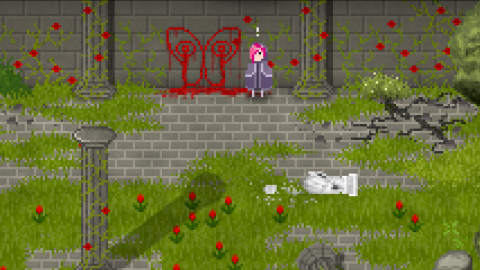 The castle is also pitch black, so you need to lay around candles you collect in order to make your way around properly. This can also be a massive help because you can catch glimpses of guards before they notice you, and that can save your skin very constantly. Those creatures notice you very fast, so visibility is crucial. You still have a chance to get away once they see you, but it can be difficult, as the reaper enemies can draw you in during their attack. This makes the entire experience nerve racking, as with each new room you enter, you’re left in the dark of what will try to kill you next. Ironically, the hardest room is one where you see the threat at start; a room that is surrounded in fire panels that will burn you alive if you’re not fast enough. It is possible to get all the letters without going to this room, though, but there are also treasures in every room that can come in handy.

Like Resident Evil, saves are limited. You need to give a gold coin to a crow in the castle plaza to save, and you may run out of coins faster than expected if you’re not careful. You also need coins to get a gold key to enter certain rooms, so if you aren’t doing too well, you need to plan out how to use your resources. Food is also not given out in mass at first, so you need to be careful with that as well. The game becomes much more generous as you go along, though, but also has some clever ways to work around puzzles. It starts to become clear as the story progresses that there are other ways to accomplish your objectives, so some outside the box thinking and exploration can have very unexpected benefits. A very nice touch. The achievements in the Steam version can only be unlocked this way as well, so experimentation is encouraged. Of course, there is risk, especially once the head of the guards appears. 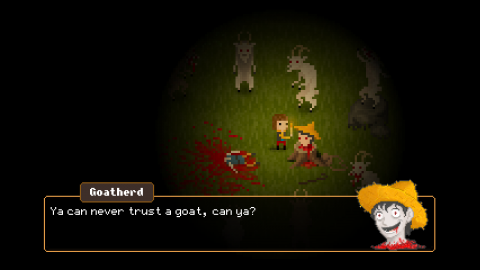 The yarn that The Count Lucanor weaves is one filled with grim charm. Every single character is memorable in some way, like the cowardly treasure hunter Giulia and that goat herder, and all have their moments of comedy or subtle tension. The merchant is easily one of the most interesting characters in the game, solely because he’s an opportunist that’s come to earn some gold, but a little subplot starts forming around him on just how far he’s willing to go for material gain, and how it ends up coming back to haunt him. There’s a dark sense of humor here that works wonders at points, balancing horror, joy, and awkward laughs quite well. The cutscenes mixed in are also all very well directed, with some truly haunting visuals to burn into your brain. Hans’s nightmare in the last trial will especially stick with you.

Where the game could have done more is the art style. The cutscenes are absolutely wonderful, with great sprite animation and cleverly used imagery, but the in-game graphics use a very tired simplistic sprite style that you’ve seen plenty of times before in countless indie titles. There’s no expression visible in these designs, and while they’re perfectly functional, so much more could have been done. Thankfully, things are balanced out by the strong environmental design. Every area has its own feel and look, even with the common old castle theme, and the use of darkness goes a long way towards getting you involved in the tale. The music helps, giving the game some class and a sense of importance. It makes the entire castle feel grand but untouchable, far above your status. It adds so much character to the game. 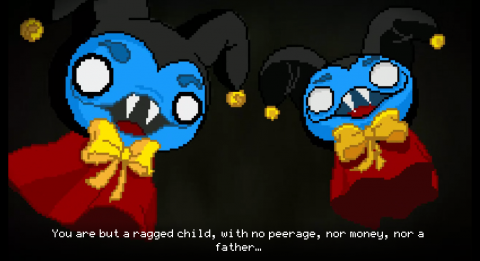 This is a game that finds identity and depth by mixing an immature viewpoint with a very mature story. Many characters have simplistic motivations, but the truth behind the Count and his deeds has an element of horror and tragedy to it. The game leaves you to piece the picture together instead of telling you everything outright, which is really appreciated. It’s a game that respects the player and delivers a truly memorable few hours. Despite the short run-time of around five hours, The Count Lucanor is absolutely worth the ten dollar price the game launched at. It has a charm and style all its own, and is very tightly designed. As of writing, the developers are working out a few bugs still within the game, so it will hopefully be perfected down the line. Definitely one of the best of its kind.