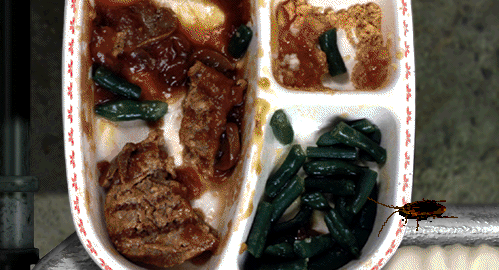 Bad Mojo is one gloriously screwed up little up game. Loosely inspired by Franz Kafka’s trippy short novel The Metamorphosis, Bad Mojo tells the story of a young man named Roger Samms, who is transferred into the body of a tiny cockroach by a strange pendant. To retain his human form, he must journey through his dilapidated apartment to find his unconscious body, which is fairly troublesome given his state as a creepy crawly little bug.

The concept defies any real kind of genre classification, although in practice it’s probably the closest to a graphic adventure, albeit a heavily atypical one. Your roach is controlled entirely by the keyboard – up to move forward, down to move backwards, right and left to turn. Roaches can’t carry anything, nor communicate, nor wield any weapons – about the only thing it can do is crawl up and around surfaces, and occasionally move very small objects like cigarettes and bottle caps. Therefore, most of the game simply involves navigating the overtly dangerous environments. The pathways are mostly linear, although given the sense of scale it’s easy to get confused in regards to your bearings. You’ll find other roaches scattering about, and while you can’t directly interact with him, they can help point you in the right direction. 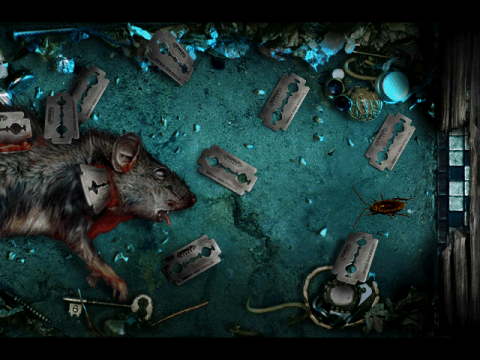 Video games have played with the concept of playing a small character in a large world, although usually in a playful context, a la Toy Story. Bad Mojo, on the other hand, is pretty much the polar opposite. Roger’s apartment is, for the lack of a kinder word, a total shithole, crumbling at every corner and infested with any number of vermin. The visuals are rendered with a combination of computer graphics and digitized photography, for that authentic feel. The floors are filled with mouse traps and roach hotels, with their dead carcass copiously spread throughout. It goes for intentional gross outs time and time again, like when you crawl over a TV dinner and find one of your deceased brethren lying dead in the mashed potatoes. (Entomophobiacs, of course, need not apply.)

The kitchen is a mess of blood, grease, maggots, and some of the grossest looking chili imaginable. Vacuum cleaners will suck you up and send you flying across the room. Rats and spiders prove formidable foes, and throughout the game, a wrong move will get you eaten by your pet cat, appropriately named Franz. Even the smallest puddle of water or paint or anything proves impassable, and indeed, getting stuck in them for too long will get you killed. The atmosphere is aided with the help of an impressive creepy score by Xorcist, an impressively talented industrial electronica group. Most of the game is viewed from a cramped overhead perspective that moves screen by screen, although occasionally it will change angles for dramatic perspective. There’s a whole creepy claustrophic feel throughout the whole thing, like it any moment you could immediately be stomped out of existence. 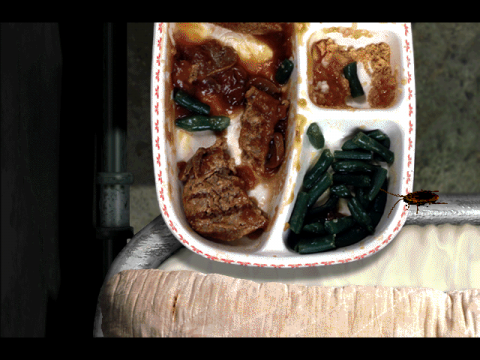 That never actually happens (although there are some scary insta-deaths – make sure to stay away from the rats, no matter how dead they look!) but death is indeed quite prevalent. In this, Bad Mojo pulls a rather arcade-style trick and gives you fives lives. Every time you get too stuck or otherwise disposed off, you lose one and are reassembled safely at some point on the screen. Lose all of your lives and you’re reincarnated back into the apartment’s plumbing system. These pipes act as a hub between the six areas – the basement, the bathroom, the kitchen, the bar, the living room and the den – and progressing through them will open up new passages, allowing you to travel back and forth between them, even after dying. Still, you can save on any screen at any time, which is definitely the better method of handling your screw-ups. Most of the game is quite linear, although there’s an annoying situation involving a fuse box early in the game. You’re supposed to short it out, but you’re supposed to piece together a code throughout your journeys and revisit it later. This requires a huge amount of annoying backtracking, to the point where it’s much easier to just read a FAQ to get the code and neatly sidestep that little issue. Besides, the game is quite short – you can beat in the course of an afternoon, or just an hour or so, if you know what you’re doing.

There are other puzzles, too, although they’re usually quite simple – use a peanut as a boat, use the bodies of dead roaches as bridges, and so on. Most of them involve moving or turning something, which is troublesome given the sputtery controls, but not impossible. A few of the more complicated ones are quite creative though. Late in the game when you’re in your office, you find yourself unable to get off yourself. You need to crawl on the top and muck with the electrical wires on the fan to turn it on. This will cause some paper to fly off and land in the fax machine below. Then, hit the “copy” button on the fax machine to create a stream of paper, which acts as a bridge to the floor. Even though each area can encompasses several screens, it’s easy to piece together solutions just by looking what you can interact with. Most of your goals are given away by the spirit of your dead mother (the owner of the pendant that got you into this situation in the first place), who, despite speaking in enigmatic riddles, will also shows you videos of exactly what you’re supposed to be doing. Other helpful allies include the voice of a suffocating catfish, which further cements how bizarre this experience is. 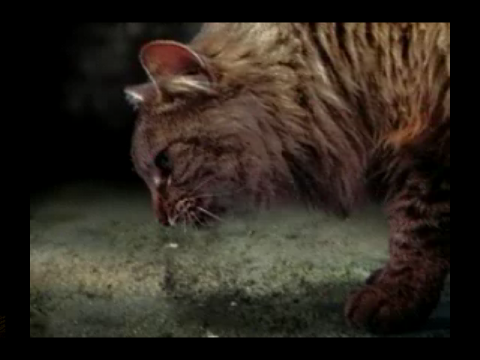 Despite the bizarre proceedings, there’s a solid plot told throughout, mostly related in live action cutscenes. Roger is a research scientist dealing in pesticides (how karmically appropriate) who has stolen a huge sum of money and is about to skip the country before his mishap occurs. When venturing throughout, you’ll occasionally trigger visions, many involving Roger’s landlord, a sad old drunk of a man named Eddie Battito. At first the focus on him seems a bit odd, since he seems only tangentially related to everything, but the connection between Roger and Eddie quickly grows evident. The final revelation is thoroughly ridiculous, but the developers were well aware of this, because the whole game is incredibly overacted. Roger looks like Jim Carry’s character from Dumb and Dumber, and acts like him too. There’s a distinctly Lynchian feel throughout the whole proceedings, which nicely fit the bizarre atmosphere. Beyond the visions, much of the back story is told through newspaper clippings, letters, faxes, bank statements, and other bits of scenery that you’ll find yourself crawling over, a rather forward thinking way to develop the narrative. On one hand, it would’ve been cool to see the whole story told through these bits of background, but the hilarious cutscenes really are preciously absurd enough to justify their inclusion. There are also four different endings, depending on the actions you take in the final (timed) sequence.

Bad Mojo was developed by Drew Pictures, the same guys behind the FMV game Iron Helix, and it’s a shame they more or less disappeared after this game. It was widely praised by the media and became something of a cult classic. It was reissued in 2004 under the name Bad Mojo Redux, and while the core game is the same, it updates the videos use an improved version of Quicktime, allowing for nicer FMVs and proper compatibility on modern computers. (Certain releases also came with a bonus DVD on the development of the game.) Even eight years after its initial release, it’s nothing like anything ever released, before or after. It’s a remarkably short game – if you know what you’re doing, you can beat it in about an hour – but it’s still an essential experience, as long as you’ve got the stomach for it.