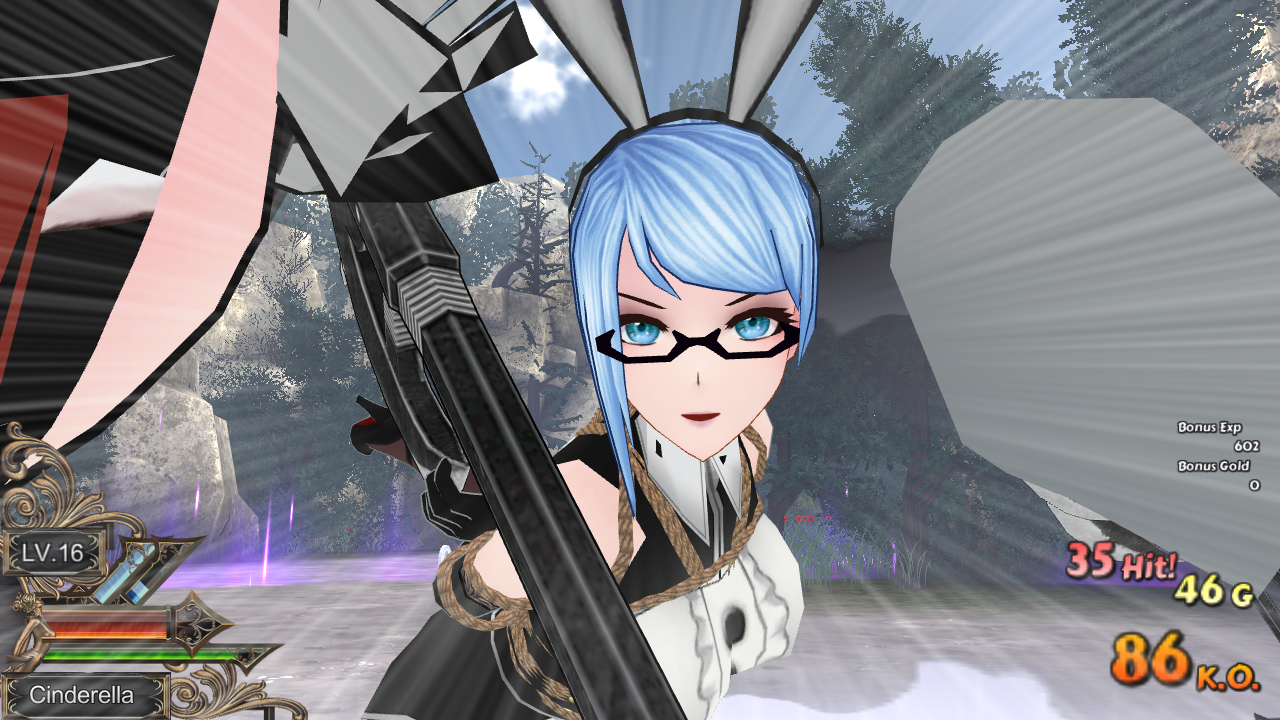 Disclaimer: The author of this article started backing the developer on their Patreon shortly after purchasing this game.

Hajime’s sequel to their utterly bizarre Cinderella Escape decides to completely buck the puzzle aspects of that title to try their hand at bondage themed action again, making this feel like a spiritual successor to Huuma Mina more than anything else. However, Revenge chooses to continue with the first game’s story, choosing to switch out moody atmosphere or murky moral drama for over the top lunacy and flashy, explosive combat. It’s a major step forward for them as a developer, and also the most finished, polished release of the three titles he’s ever put out. That doesn’t mean it’s “good,” mind you, but it is enjoyable. 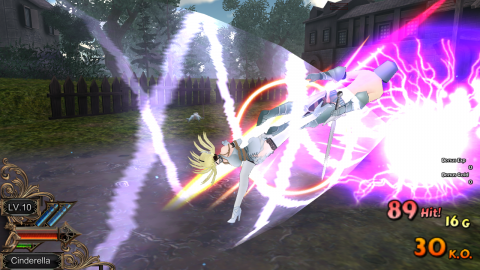 The story this go picks up from the true ending of the last game, where Cinderella was executed for the murder of her family and the king. Her fairy godmother has different plans for her, though, bringing her back to life (maybe sorta, never really explained) to reveal that the prince was the true murderer of the king. Things get complicated, though, as Cinderella’s quest for the magic mirr-oh, uh, “mirror of truth” is derailed a tad by an uprising of magical doll people, supposedly being led by Pinocchio himself. She also has to find and reunite Snow White with her mother, finding herself involved in a tragic tale of these homunculi trying to become human to be with the ones they love.

The story is a bizarre mishmash of genuine serious drama based around identity, xenophobia, and family and Cinderella being an airhead that even the game admits is mainly there to be eye candy. There’s also a lot of comedic characterization, like Snow White being a gothic lolita idol who dotes over her magic doll boyfriend like a high school girl. It actually works well for sheer entertainment value, backed up by some cool camera angles and manga style effects for cutscenes. You can also dress Cinderella in silly outfits, and she’ll have them on in cutscenes, which never gets old for a single second. 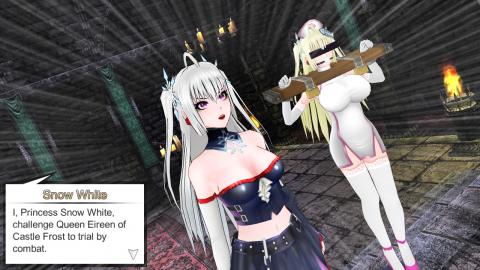 The actual fighting is pretty simplistic, but it’s filled with flash and some cool ideas. Both Cinderella and her enemies have clothing damage bars, and when depleted, they’re stuck fighting in their underwear and become slower and more vulnerable to stunning. Unfortunately, leveling up by doing challenges ruins the mechanic as you’ll be doing more damage than clothing damage and eventually knock enemies out before the mechanic can be useful. The dodge mechanic is fun (if a tad overpowered), but blocking is slow and only useful to stun bosses. 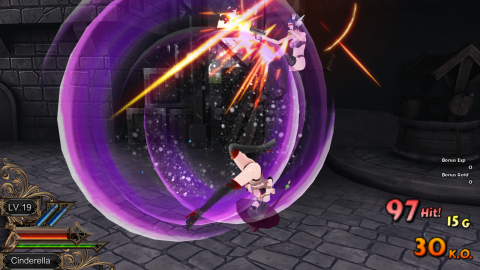