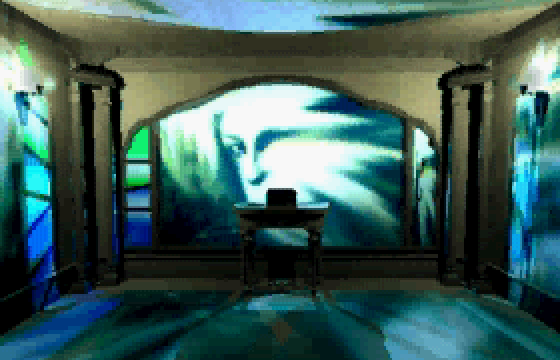 If you’re going to dip your feet into any of the waters of the Mansion of Hidden Souls games, Lunacy is probably your best choice. It is strange to say the least, and has its own set of tedious flaws, but it is the most complete, most interesting, and most compelling game out of the three, and the one that really makes the whole series worth checking out. Though following essentially the same gameplay structure as the Hidden Souls games, Lunacy is a larger game with a more complex story and a much more striking atmosphere. 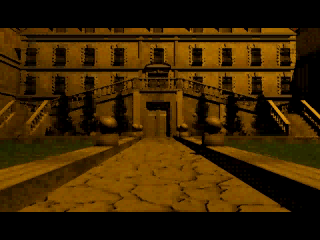 Lunacy opens with our protagonist Fred in a small prison, wondering who he is and why he has a strange marking on his forehead. (Amnesiac hero, check.) He had just arrived in the mysterious Misty Town searching for information about his past and was quite suddenly incarcerated by the town’s totalitarian ruler, Lord Gordon. 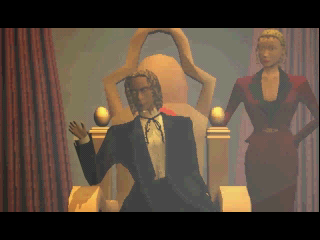 One he escapes the prison and after speaking with several townspeople, Fred learns that the mark he has on his forehead indicates someone who has traveled to another dimension known as the “City of Moons”, a place free of death and aging. With the help of a strange individual named Anthony, Fred learns that the entrance to the City of Moons can be accessed through Misty Town. Once set to find this other dimension, Fred is then again abducted and taken to see Lord Gordon, who demands that Fred learn how to access the City of Moons lest he be executed. Since that was what Fred was going to do anyway and with no other choice, Fred begins to explore Misty Town in search of clues. 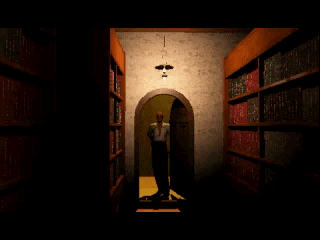 Aside from the aforementioned similarities in gameplay, the connective tissue between the Hidden Souls games and Lunacy is the overwhelming presence of butterflies. Whereas the Sega CD Hidden Souls had butterflies simply be the victims of the Hunter and the Saturn Hidden Souls established them as housemates, Lunacy contends that “pure” human spirits are returned to the waking world as butterflies after they have died. It’s an interesting idea which ultimately doesn’t really go anywhere and doesn’t tie into the mythology of the previous two games, but a nice incidental detail nonetheless. 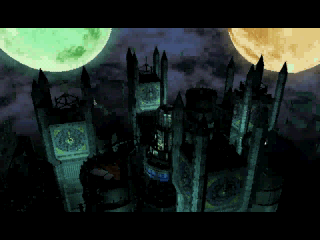 Another pattern worth noting in Lunacy is the repeated instances of the number 4. The wind blows once every four years, which allows access to the City of Moons, which can only be accessed once every four years. You need four items that represent the four elements. You free four butterflies in the second half of the game, each of which also correspond to the four elements. What this actually corresponds to as regards symbolism is up for grabs: Four winds, four seasons, four cardinal directions, etc. On the fourth day, God created the material universe. The essence of Buddhist teachings are contained within the Four Noble Truths. It is an unlucky number in Japanese because it sounds like a word for death. Are we getting too fringe here? Maybe. Food for thought. 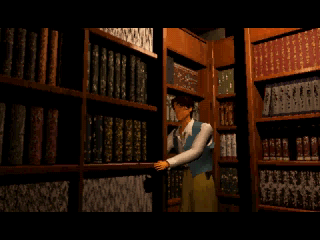 Again you will find yourself going through the adventure game motions, though there is at least a better sense of actual detective work in Lunacy. Find items, use items, talk to folks, explore. The only real difficulty in the first half comes from a lack of direction. Tasked with finding the City of Moons, Fred really just meanders around for about 2 hours. Added to this, Misty Town’s structure is quite confusing. There are a few helpful maps on GameFAQs that one can refer to, at least. But even the maps won’t help you much once you arrive at the considerably more confusing second portion of the game in the City of Moons, where your goals are better defined but navigation is thrown out the window. You’ll collect items whose descriptions are only described once and need to be used at a specific time, lest you accidentally kill one of several characters imprisoned in the City of Moons. One way entrances, teleporters, and color-swapped identical corridors just add to the mess. It’s workable, granted, but little more than a tedious exercise in keeping track of your location, the locations of the prisoners, and what your items do in order to free said prisoners. 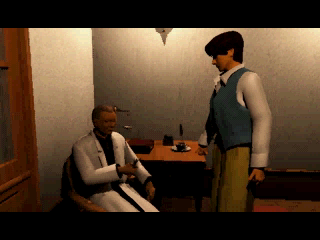 The voicework in Lunacy is bad all around, but honestly not that unbearable. It is sort of endearing, adding something to the already surreal ambiance of the game. Everything else is already so unnatural and bizarre, from the story proper to the background details to the stiff-moving 3D models, that the awkward voicework feels in line. Of course this is somewhat subjective, so someone who can’t stand bad voicework in any context may want to step away. 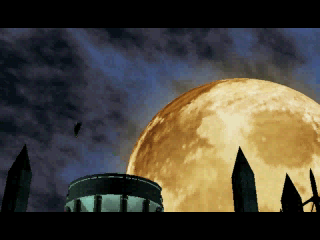 The music is nice, although the sound quality is poor. The Town Theme and Traces of the Past are particularly good and capture the mood of the game spectacularly. Altogether its an above average soundtrack, not excelling to the heights of composers like Yasunori Mitsuda or Nobuo Uematsu but certainly not forgettable. 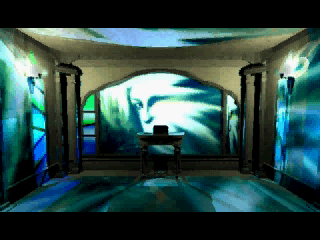 Lunacy technically has several endings depending on how many people you save in the second half. If certain characters are saved, once you complete the game there is a hidden Easter egg in the title screen. After pressing Start to get to the title screen and waiting for “Press Start Button” to appear, the combination X-Y-Z-A-B-C-L-R will initiate a series of secret FMVs. There are five total. Only one actually has an interesting reveal, shedding some light on one of the game’s more mysterious characters. It’s a nice postgame detail.