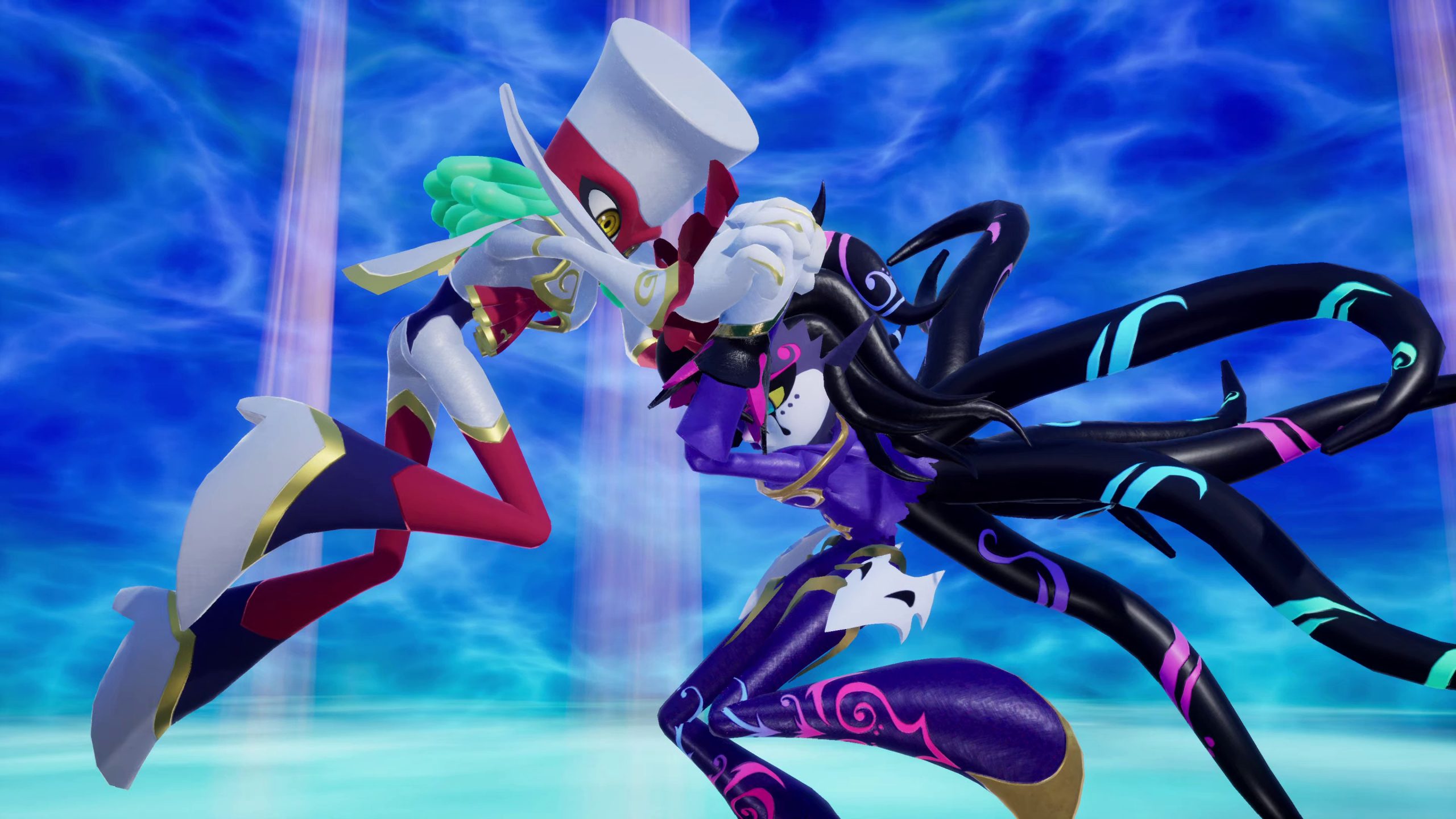 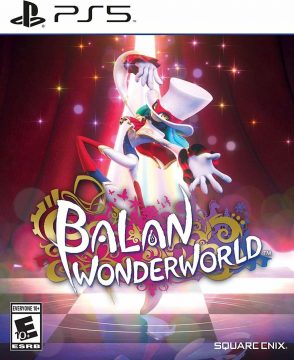 If you’ve ever wondered why there aren’t demos for every game, look no further than Balan Wonderworld. What initially appeared to be a promising collaboration between the renowned Yuji Naka and Naoto Ohshima during its debut at the Xbox Games Showcase in 2020 ended up becoming the internet’s punching bag once people got their hands on the demo. Players were befuddled by the aesthetic, displeased with the game’s pace, and unable to see the appeal of the costume system combined with the single-button controls. Some complaints were addressed via the day one patch, but the damage was already done and the game was seemingly destined for failure – releasing on the same day as Monster Hunter Rise certainly didn’t help either!

It’s important to emphasize that Balan Wonderworld being marketed as from “the creators of Sonic the Hedgehog” was rather misleading, since such a claim made people expect a successor to Sonic Adventure or NiGHTS into Dreams. The game was developed by the teams at Arzest and the newly founded Square Enix subsidiary Balan Company, and with these teams come a vastly different design ethos compared to the glory days of Sonic Team, focusing on slower-paced exploratory adventuring seen in their divisive games such as Yoshi’s New Island and Hey! Pikmin. It’s also worth noting that this was only Yuji Naka’s second project as a director (the first being Chu Chu Rocket!) and that he earned his reputation specifically through his programming skills on games like Phantasy Star. 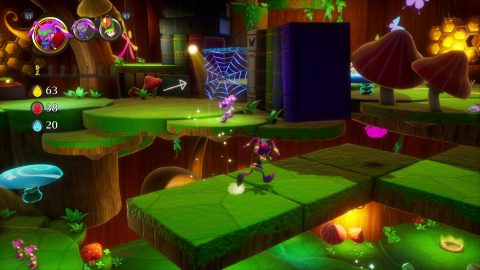 The game begins with two kids, Leo Craig and Emma Cole, appearing listless and lost in their daily lives. Fate brings them to a theater called Wonderworld, run by the enigmatic Balan, who whisks them inside and tasks them with aiding 12 different people by cleansing the negativity from their hearts. Gorgeous CGI cutscenes accentuate the adventure, bringing Naoto Ohshima’s character designs to life, and they do a great job of establishing Wonderworld as a place where anything can happen. Each of the 12 chapters covers the backstory of a character, how they fell into the depths of negativity, and how they learn to improve or move on with their lives. These stories don’t entirely land, since they’re organized in a strange way – you won’t learn the story of the character in question until you’re about to fight the chapter’s boss and you’re given a resolution immediately afterwards, making the whole thing feel done and dusted too quickly to have any real impact. Still, the themes represented are wholesome and relatable, covering topics like coping with loss or finding the courage to follow your heart. If one seeks to really delve into the lore, a novel is also available that expands upon the ideas and characters presented in the game.

Your goal in Balan Wonderworld is to complete all 12 chapters, each of which is divided into two acts, a boss fight, and a third act that unlocks upon rolling the credits. Along the way, you’ll need to collect 110 of the 300 devilishly hidden Balan statues in order to access the final boss. Costumes are your lifeblood in Balan Wonderworld, since they serve as your means of interacting with the world and as your protection from the Negati that you’ll have to fight. There’s 80 costumes to try out, and they do a great job of being diverse while also justifying themselves with valid use cases. 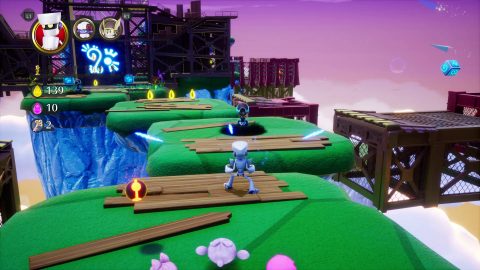 Some costumes aid with platforming, like the “Soaring Sheep” costume that allows you to float in the air. Certain costumes are geared for combat, sacrificing the ability to jump in exchange for an attack. These are usually projectiles, but there are some more creative examples like the “Happy Blaster” that allows you to blow yourself up in order to destroy everything nearby. Other costumes have niche applications, such as the “Dusk Butterfly”, which can fly high up into the sky, but only if it’s nighttime. There’s even a handful of costumes like the “Speedy Cheetah” that activate their effects unpredictably, making their existence an amusing joke.

The best moments of Balan Wonderworld come from planning out your three costume loadout to cover every possible obstacle and applying them in ways that seemingly go against the intent of the level design. Don’t want to deal with the icy floors and platforms of chapter 8? Grab the “Air Cat” from chapter 6 and use its power to walk on the air and bypass it all with ease. Are you fighting a lot of Negati that like to get close? Simply head to the nearest checkpoint (where all of your excess costumes are stored) and grab a projectile-shooting costume to win easily. The biggest factor that hampers this system is the overall lack of difficulty. Getting hit while wearing a costume makes you lose it, but being able to collect duplicates means you can hoard costumes and restock as needed to make it through any section. There aren’t any platforming challenges that’ll test your reflexes and most Negati are taken out in a single hit, so it often ends up being the kind of system where you experiment because it’s fun, not because it’s necessary. 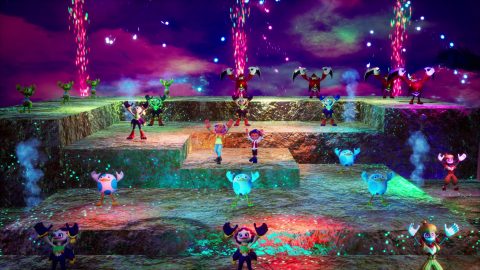 Every act has at least one instance of “Balan’s Bout”, something that deserves special mention for how obnoxious it becomes. For this minigame, you’re tasked with timing button presses in order to line up a moving shadow with the pose Balan is making as he fights against his evil counterpart Lance or destroys obstacles. These sequences are undeniably flashy, with Balan flying around and shooting energy blasts that would fit right in with Dragon Ball Z, but they’re ruined by the fact that statues are tied to getting “Excellent” ratings on every input. If you underperform on even one input, you won’t get the statue and will have to respawn the minigame by leaving the act, defeating the boss of the chapter again, and then backtracking to where it was. Later acts start including two or three of these minigames (there’s 48 in total!), which makes aiming for 100% completion downright unpleasant at times.

Throughout each chapter, you’ll collect colored drops that you can bring back to the game’s hub, the Isle of Tims. Tims are small birds that feed on these drops, which allows them to grow larger and specialize in certain abilities. Red Tims will attack enemies for you, blue Tims will break crystals that occasionally obstruct your path, purple Tims will bring items to you, and yellow Tims will do as they please. You can populate the island by finding eggs or by breeding more Tims, which is done by throwing a small Tim at a fully grown Tim. Every Tim on the island continuously works towards building up the tower in the center of the island as you play the game, and you’ll also need to figure out how to breed a special Tim to unlock the island’s secret. Much like the Chao Garden in Sonic Adventure, none of this is explained to the player and needs to be figured out via experimentation. Tims aren’t terribly useful and this system doesn’t have the same level of depth as the Chao Garden, but it’s a system that encourages you to slow down and be thorough in every chapter, playing well into Balan Wonderworld’s strengths. 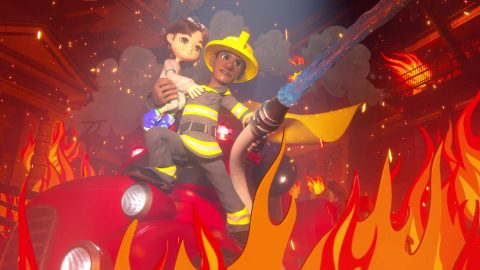 Balan Wonderworld takes cues from musical theater and nails the presentation with confidence and a fanciful spin. The music ranges from moody to downright swanky, and vocals are added in at specific moments (usually boss fights) to increase the intensity. Each chapter is vibrant and based on a variety of themes, including a chess-themed world, a carnival, and a labyrinthine art museum. Perhaps in an attempt to make Wonderworld as surreal as possible, every chapter is inhabited by denizens who dance constantly and vanish whenever you approach them, alongside giant versions of the person you’re helping that eerily stare and smile at you without purpose. It all looks ridiculous, but there’s something undeniably welcoming about it, like the game itself is constantly cheering you on. It feels very much in line with the design philosophy of Sega’s output on the Saturn and Dreamcast, emphasizing creativity and soul no matter how unorthodox it may seem. Development was primarily focused on the PlayStation 5 and Xbox Series X and it shows, since they look and run significantly better than the other versions, especially the Switch version, which runs at a much lower resolution and with an inconsistent framerate.

Now that the dust has settled, is Balan Wonderworld worth trying? While it’s not a secretly misunderstood masterpiece, it’s nowhere near the train wreck that the internet would have you believe it is. If you’re a fan of the many 3D platformers of the early 2000s or someone who treasures the unique, vibrant aesthetics found within the games of the Saturn and Dreamcast, you’ll find a lot to like about Balan Wonderworld in spite of its glaring flaws.