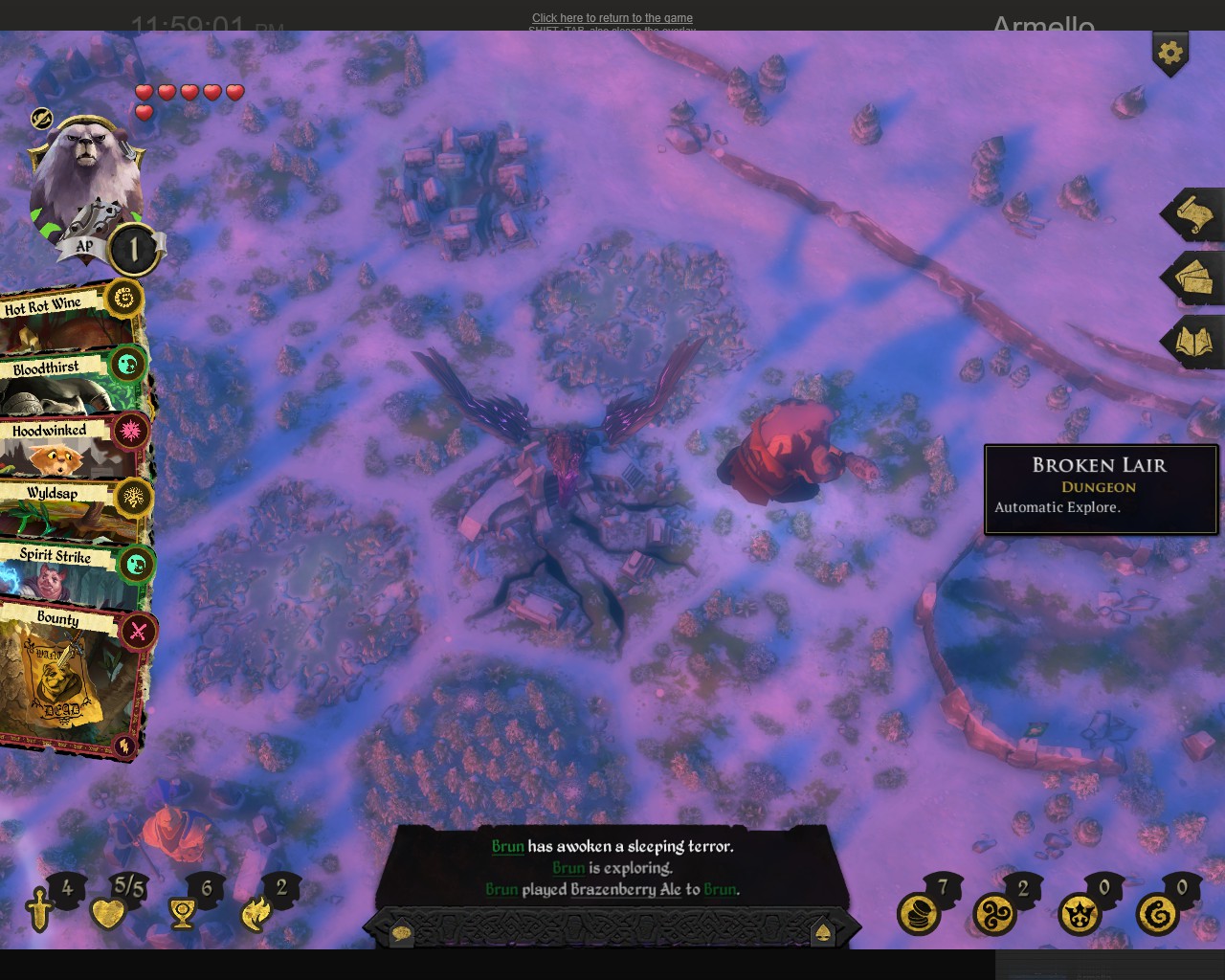 Described as a “grim fairy tale board game”, Armello is set in a fantasy kingdom of anthropomorphic animals, all divided into various clans. The king of Armello is dying, his body and mind corrupted by a dark magic known as the Rot. As one of a number of heroes, it’s up to you to take his crown by any means necessary. There’s a variety of ways to do this, the most simple of which is to break into his castle and kill him in combat. However, you can also gain prestige by defeating enemies in combat and completing quests, and should the king die naturally, the hero with the most prestige will win. You can also grab the magical stones that periodically appear across the map, and once you have four in hand, you can use them to banish the king, achieving instant victory… provided you can reach him before somebody else does.

Each hero has their own set of stats and special traits, some of whom are more suited to different tactics than others. River the wolf, for example, can quickly finish off weakened enemies with her bow, which can let her earn prestige quickly. Sana the bear, on the other hand, is terrible in a fight, but starts off being the best at using the various spells you’ll collect throughout the game. Pretty much every character has some unique benefit that makes them worth using, and each of them tend to excel in certain areas. 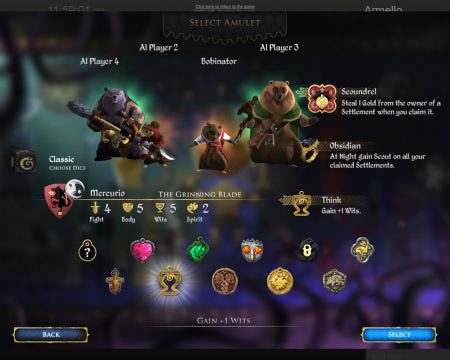 On each turn, you’ll start by drawing cards into your hand, all of which have a variety of effects. Some are there to help you out, while others will hinder your opponents in various ways, or make certain tiles on the board more dangerous to venture into. Outside of combat, you’ll wander the board, seeking out quests that’ll boost your stats and potentially give you helpful items you can equip. Once your opponents start encroaching on victory, however, you’ll soon have to start dealing with them.

Defeating them in combat will earn you prestige and delay their efforts, or you can hit them with a barrage of cards to weaken them down. You’ll just need to be sure they can’t do the same to you, first, since there’s plenty of opportunities for the other players to screw you over. And that isn’t even mentioning the king, who forces the player with the most prestige to make declarations that usually make life difficult for all the players. 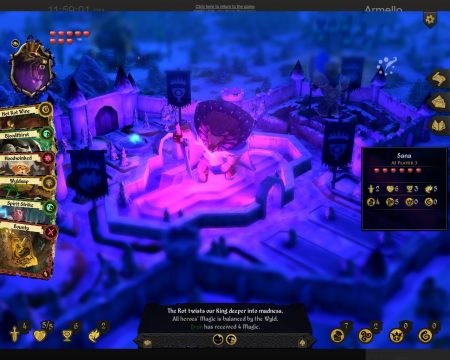 It makes for a pretty authentic board game experience, the sort of game you can call your friends out for their cheap tricks as they happen. The digital format, however, means that there’s a lot of excellent animation to see, and some of the cards are so pretty to look at that there’s an option on the main menu just to see the ones you’ve found. While not everybody might appreciate its randomness, those looking for a great board game experience will find a lot to like here.

It does have some issues, explained as a result of the small team. Due to the way that the turns work, there’s no local play, which is a particular issue for anyone playing on the console, so multiplayer is online only. There’s no cross-play either. The interface also is not scaled very well for the console versions, so the text is pretty small.