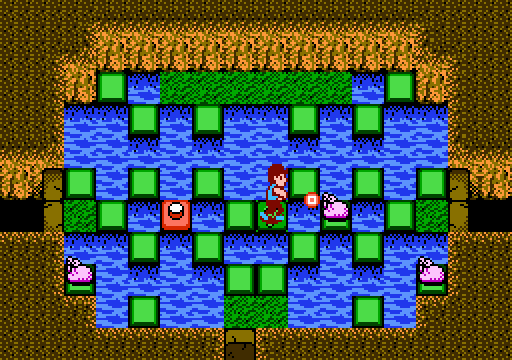 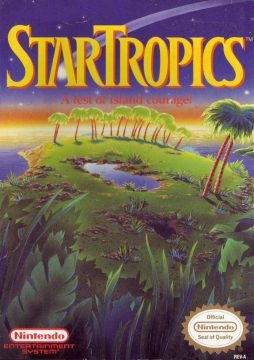 Nintendo’s StarTropics follows the adventures of Mike Jones as he arrives on C-Island to visit his Uncle Steve, a famous archaeologist. Soon he gets caught up in a series of fantastic events that send him diving into ancient ruins, into space, and even traveling through time.

Now, the Zelda games were two of the most popular games on the Nintendo Entertainment System. It’s natural that they’d be ripped off at some point – so who’d be better suited for the task than Nintendo itself? Right at the beginning of the game, a familiar name registration screen pops up, before the adventure begins. Dungeons? Check. Puzzles? Check. Heart Containers? Double check. Although the game is broken up into chapters and therefore much more linear than the Zelda series, the influence is always obvious, but certainly not unwelcome. 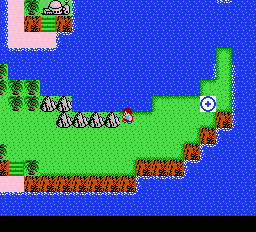 StarTropics was featured on the cover of Nintendo Power and had a massive marketing push, although it never quite caught on in the way Nintendo wanted it to. Perhaps this was due to the awkward controls. Or perhaps the timing was just wrong, as the games were released when 16-bit systems like the Sega Genesis were first coming into their own. Although the StarTropics sereis was made in Japan, they were geared specifically towards Western audiences and were never released over there.

The first game in the series lays out the fundamentals. You have an overworld, consisting of towns and other elements, and an underworld set of dungeons, full of monsters and action sequences. The majority of the game takes place in the latter part. Shortly after Mike’s arrival on C-Island, the natives tell him that his uncle has gone missing and that there are a lot of suspicious circumstances behind his disappearance.

The teenage protagonist of the game. Hailing from Seattle, he’s an ace baseball player. He is willing to go through great lengths to discover what happened to his uncle and help out other individuals along the way.

Doesn’t look the least bit like Mario, does he? He leads the populace of Coralcola on C-Island and is a good friend of Mike’s uncle.

The shaman of the Coralcola is the chief’s sister. She’s basically there to revive Mike when he runs out of lives.

Described as looking just like Mike’s father (better enjoy that hair while you can, Mike). He ended up discovering something extraordinary under the islands, attracting a very serious problem. His assistant Baboo occasionally shows up to offer information.

The computer who guides the Sub-C with which Mike does a lot of exploration. A nice homage to R.O.B. the robot from the early days of the NES.

The “Prime Invader.” This alien baddie is responsible for kidnapping Mike’s uncle. Mike needs to work hard to stop him and his evil designs.

Through most of the game, Mike explores C-Island and the surrounding tropical areas, until he learns the hidden truth – Uncle Steve has been captured by aliens, and only by infiltrating their spaceship can he save him.

The overworld area is fairly open, though it borrows from Dragon Warrior with the secret areas to push up against, often revealing passages and hidden items like Heart Containers. There are a few puzzles here, including a rather annoying maze, a music puzzle, and to the frustration of all those who didn’t get the game in box and complete, a fairly innovative puzzle which requires the player to dip a letter received with the instruction manual into water, to reveal a hidden frequency needed to complete the game. (It’s 747.) Most of the story is pretty cut and dry, but there are enough amusing sequences to keep it interesting, like having to go in drag to infiltrate Shecola Castle. There’s also a strange running gag about getting bananas stuck in your ears.

The underworld requires mike to move along X-Y axes like in The Legend of Zelda. The primary weapon is a Yo-Yo (kind of like Mikey Walsh in Goonies II) that later powers up into a Morning Star and a Super Nova, each with extended power and range. The power-ups are dependant on the progress in the game, as well as the number of hearts Mike currently has (if it slips below the required number, the weapon downgrades). Mike can also use other sundry weapons, ranging from bolas, room-freezing snowmen, baseballs, and even lasers, though each of them has a limited number of uses. Also needed are special crystals which reveal hidden enemies, and lamps to light up dark rooms. Medicine is also found along the way, restoring five hearts. Defeated enemies occasionally drop hearts and stars (five stars replenish one heart). 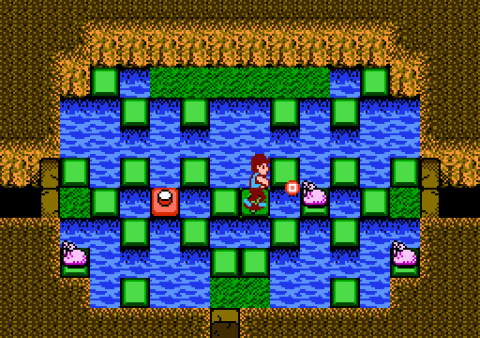 Though the dungeons are set out in a linear fashion, they are sometimes rather sizable and often filled with hidden rooms, false exits, traps, and special switches. Switches are found by jumping on a series of blocks – once to make the switch appear, then again to activate it. These do things like opening doors, materializing items, and dropping bosses to their doom a la Koopa from Super Mario Bros.

Unfortunately, the controls are a bit awkward, which tends to turn people off StarTropics. The movement works on a grid system, it’s not possible to just move a few pixels, and Mike always has to move over a whole square. Furthermore, in order to walk in a direction, it has to be held down for a split second before Mike actually moves. Unless he’s next to water, he can only jump straight up. And the only way to move from tile to tile is to jump, which can take a long time if there are plenty of tiles in the room. Even compared to the original Legend of Zelda from 1986, the movement feels restrictive and can get frustrating when the rooms are filled with enemies.

The game starts off easy, but around chapter three the difficulty picks up, getting nasty in chapters five and six, and sometimes wretched by chapters seven and eight. Most enemies and attacks only hurt Mike a bit, but coming into contact with a rolling boulder, a mini-boss or boss, or falling into water or lava instantly kills him. He can continue endlessly, but there is a set number of lives to complete each dungeon (requiring to start back at the beginning after losing them all). The game saves automatically when entering or exiting a dungeon, making for a rather convenient setup. There’s a score system, based presumably on time, lives lost and enemies destroyed while dungeon crawling, but it has no effect on the gameplay. Powering up is done by collecting items in the overworld and by reaching points in the story. 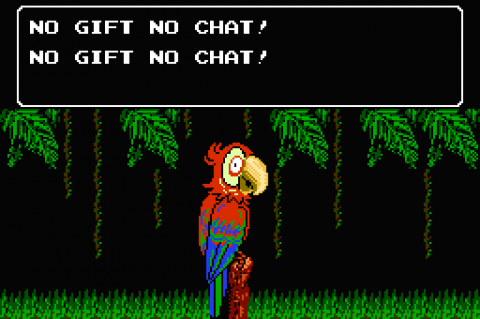 The graphics are decent enough during the underworld scenes, but on the overworld, they leave something to be desired. The music is quite catchy in some parts, even if the same primary theme is repeated constantly.

While not as great as the original Zelda or Crystalis, StarTropics was still a far cry from the likes of Faria or Hydlide, possibly even better than the Master System version of Ys I in terms of gameplay; all in all a very well made, solid game from Nintendo that has been overshadowed and probably forgotten since its debut.