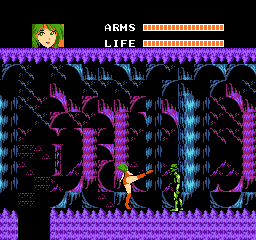 While Dragon Fighter and Actraiser both deserve praise for combining two different gameplay styles together, Wurm has them beat by combining four or five together, debatable on how you feel about the ground drill mode of the game’s ship. Wurm isn’t a hugely remembered title, but it definitely has fans, and for good reason. It was yet another NES game that dared to dream on the console’s limited hardware, managing to create an ambitious story and game in a small package. While there are indeed quite a few issues with the game brought by the limitations the team had to deal with, it manages to accomplish so much despite that it’s hard not to be impressed.

The story of the game is surprisingly grand, casting you as a crew of humans using a VZR (Vazolder) digging machine going below the Earth’s surface to investigate a series of earthquakes that have been ravaging the planet since 1999. Your character is Moby, a young girl who wears a ridiculously late 80s/early 90s leotard, who handles on foot work for the team, investigating artifacts in the various caverns they find. As the story goes on, the crew finds not just monsters lie down here, but an entire subterranean race that wants to invade or destroy the surface world. The NES hardware limits the complexity and amount of dialog the game has to use, but it still manages to tell a fairly complete story and portrays character personalities mainly through detailed character portraits and cutscenes. The only real issue is that its focus on the evils of war doesn’t really get sold enough due to how little room was there to expand on the theme, saved for an info-dump at the game’s ending. Considering the console, though, the fact a narrative this solid managed to get made is still rather impressive. 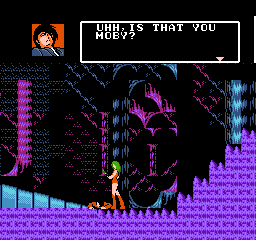 The game is divided into horizontal ship shooting, vertical ship shooting, a sort of strategic FPS boss mode, and side scrolling exploration. The shooting segments also offer variety by giving your VZR ship different modes, plus different types of attacks for different forms. Holding A and using up and down switches mode, and left and right is used for switching weapons. It’s a little awkward at first, but once you figure it out, changing on the fly and trying different modes for different situations becomes almost natural. It’s also encouraged, as the drill modes are much less useful than the flying mode, but allow you to drill through rock sheets. There’s a real satisfaction to mastering this mechanic that makes up for some lackluster level design at parts.

The boss fights are also really inventive, having you take turns in combat, either talking with your team and selecting the weapon you want to use, or trying to damage the boss and deflect its attacks with well placed shots. The aiming is a tad difficult as you need to be pixel perfect to hit the right spot, which is almost never telegraphed visually, but found by talking with your crew. In order to win, though, you need to increase your “probability,” which increases by successfully hitting the enemy during attacks or by talking with the right crewmates, most all who have different specializations. This process feels a tad random, though, since the simplistic dialog lacks a “flow” to it. It’s difficult to tell who you should be talking to next due to a lack of useful context clues. 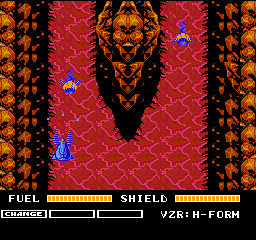 The side scrolling exploration segments are definitely the weakest, though. Moby’s only attacks are a silly looking kick that show off her crotch and a gun with limited ammo, but neither are particularly fun to use because of the way enemies move. They all do a variant of move and then charge into you, or sometimes they just jump over you, hitting at certain angles. The kick is tricky because of its limited range, but the gun often doesn’t fire fast enough to hit most enemies reliably. The actual design of these areas is also confusing, with a good few samey areas and map design that doesn’t seem to make much sense. While dropping down or moving up is simple enough, some floors seem far longer than others connected to it, resulting in a lot of aimless wandering. Even finding the exit isn’t enough, as you need to find stone tablets and prisoners in order for the story to progress and for the game to allow you to continue. The few boss fights in these segments are also terrible, just having you fight a jumping enemy that’s much more aggressive and eats bullets like M&Ms. You better have a good deal of health when you reach them, or you will probably be wiped out fairly quickly. 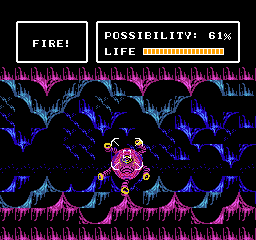 Wurm‘s ultimate problem is a lack of polish. It looks fantastic at points, especially for the NES, and has a fitting score, but everything it attempts as some sort of significant flaw that’s hard to overlook. If the side scrolling segments were removed, the game would probably be far more fun to play, but a lot of narrative elements would be missing. Moby only really gets to interact with the cast meaningfully in these areas and in cutscenes, so despite their flaws, it’s good for the game overall that they’re there. Wurm is regularly a frustrating game to play, but it manages to do so much and create a personality all its own in the process. Wurm isn’t a perfect game, but it feels like a game that helped push what the medium could do, a proof of concept for the increasingly complex 16-bit era and the gen after. Wurm is just shy of being a great game, but it still manages to be an important one.