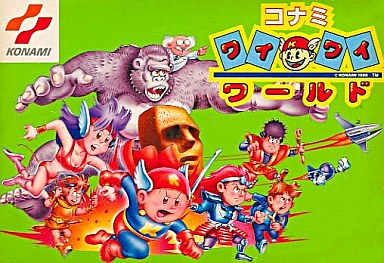 Konami’s all-star crossover game is a strange creature, fascinating yet confounding all the same. It stars original mascots Konami Man, a costumed superhero, and Konami Lady, a scantily-clad android. They are tasked by Dr. Cinnamon (the same scientist from the TwinBee series) to rescue six heroes held captive in stages that correspond to their character: Goemon (Ganbare Goemon) in Edo-era Japan, Simon Belmont (Castlevania) in Dracula’s castle, Fuuma (Getsu Fuuma Den) in Hell, Mikey (The Goonies) on a pirate ship, Moai Head (Gradius) in ancient ruins, and King Kong (yes, that King Kong) in a big city. The stages are structured similar to Metroid in that most of them are non-linear with several pathways and hidden items set aside from the sought-after characters themselves. The goal in each stage is to find a key (some of which are held by bosses) and locate the jailed character, using the key to bail them out. You get to play as the rescued ones with the ability to switch between them by holding Up and pressing A. Each character offers different strengths and weaknesses, and each one can acquire a subweapon powered by bullets dropped by enemies. Some abilities are mandatory to advance in certain areas, like Mikey squeezing into small passageways and Fūma’s sword destroying breakable blocks. Konami Man and Konami Lady can also gain the ability to fly.

As with any crossover title, part of the game’s appeal stems from its fanservice. Konami Man appeared in a few Konami games before starring here whereas Konami Lady is an original character, but both fit in well with the cast. All other characters are accurately based on their origins; Simon has his powerful whip and tosses crosses, Goemon throws and coins and bashes enemies with his pipe, and the walking Moai head spits out its trademark energy rings and headbutts enemies up close. Mikey Walsh, who kicks enemies and fires slingshot rocks, is not technically Konami’s character, but Konami did develop two games based off of the ’80s cult film The Goonies, the latter of which had nothing to do with the movie (while the first one was somehow never released outside of Japan except for Playchoice-10 arcade machines). American audiences are likely not too familiar with Fuuma from Konami’s action-adventure epic Getsu Fuuma Den, but he carries over his rock-breaking sword and shurikens. King Kong, who brings strong punches and deadly rocks to the fold, seems like a bewildering inclusion, but this incarnation of the giant gorilla is based on Konami’s overhead action game, King Kong 2: Ikari no Megaton Punch; this license came from King Kong Lives, the maligned sequel to the 1976 remake of the original film released internationally as King Kong 2.

Each character has an individual lifebar, making it wise to switch up between characters when one is low on health. Of course you will need as many of them as possible, as certain parts of stages require different characters to pass. While you can choose any of the six stages at the start, you can only make significant progress in Castlevania and Edo at first. The pirate ship is also manageable, but without Simon’s long-range whip, it’s incredibly difficult to get past a certain tricky platforming segment involving sea anemones. Only Mikey can enter the big city, and Kong’s athletic jumping ability is needed to enter Hell. It is advised to keep all characters alive if possible, but the game has lots of tough segments that make it difficult to survive. Some stages toss out speedy enemies who are obnoxious to hit if you are not using projectile weapons, and the game’s hit detection is off-kilter, making it nigh-impossible to hit fast enemies who rush through you. Each character can take a decent amount of damage before dying, though pitfalls are instant death even if there are not too many tough jumps to clear. If anyone kicks the proverbial bucket, you can shell out one hundred bullets to revive them thanks to Dr. Spice, apparently Dr. Cinnamon’s evil twin brother.

However, if everyone dies, in comes the game’s greatest frustration: You lose half of your bullets and only Konami Man and Konami Lady are revived. Everyone else remains dead and you will have to grind for 100 bullets each to restore them. It is already enough of a pain to revive characters on their own, but it is just plain boring to hang out near the beginning of a level, beat up whatever tries to mob you, and hope they drop enough bullets before you give up from excessive banality. Each bullet icon is worth five bullets, and enemies do drop both small and big hearts which recover life points, but you better manage your characters carefully lest you have to endure this fate. As an alternative, you can try to play the slots in Goemon’s stage, but that’s still tedious. Wai Wai World can take a bit of time to complete, as while none of the stages are too lengthy, you will likely spend a fair deal of time tracking down everyone’s subweapons and some bonus items that enhance everyone’s power and endurance. You can at least save your progress while passwords, which may be best if you want to avoid burning out from bullet hunting. 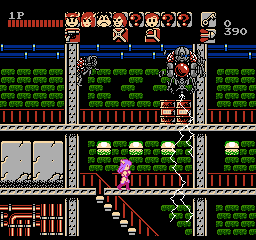 After all eight characters are ready to go, the final stage begins and totally shifts the genre to that of a vertical shooter similar to an overhead stage from Salamander. You get the choice of either the Vic Viper from Gradius or TwinBee from the series of the same name, both sharing some weapons and bringing unique ones from their respective origins. This part’s not too difficult by shooter standards except for the boss at the end, a giant one-eyed bony alien head. After obliterating this scary skull, you touch down on the enemy planet for the final segment, loaded with obnoxious floating blobs, which home in on your position and suck the life out of you. This finale resembles the last stage of Contra, even including the familiar alien lair music for the end boss, a giant triple-headed xenomorphic monstrosity. After killing it, you have to hotfoot it off of the alien base before the time limit runs out, or you will have to restart all the way back from the shooting level… and grind for six hundred bullets to revive everyone at that. D’oh! 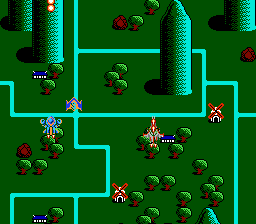 Konami Wai Wai World is an awesome concept muddled by bad hit collision and segments that feel more frustrating than legitimately challenging. You can have two players in on the action simultaneously, but it will not curb the steep difficulty curve unless your teamwork is impeccable. It might not be Konami’s most difficult title (though it is a contender), nor is it their most entertaining, but the numerous characters represented make it worth a play. It bleeds that juicy eighties Konami nostalgia which so many classic gamers adore, and it is not too difficult to play without knowing Japanese, though an unofficial English translation exists. 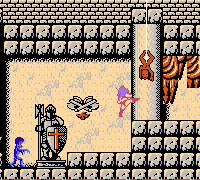 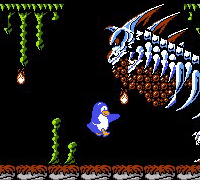 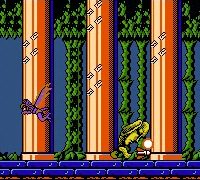 The game was re-released in 2006 for Japanese mobile phones, and it’s mostly the same except for two roster changes: Mikey and King Kong. As Konami lost the film licenses for these characters, they were substituted by Upa from Bio Miracle Bokutte Upa and Pentarou from Antarctic Adventure, though they offer the same attributes as the characters they replaced. 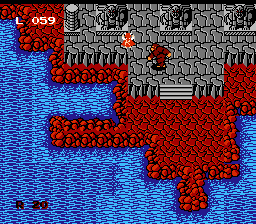 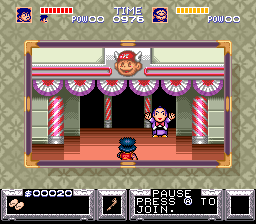 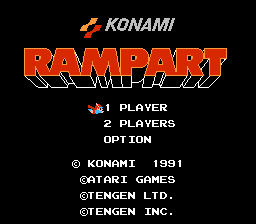 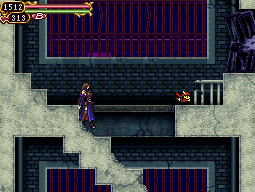