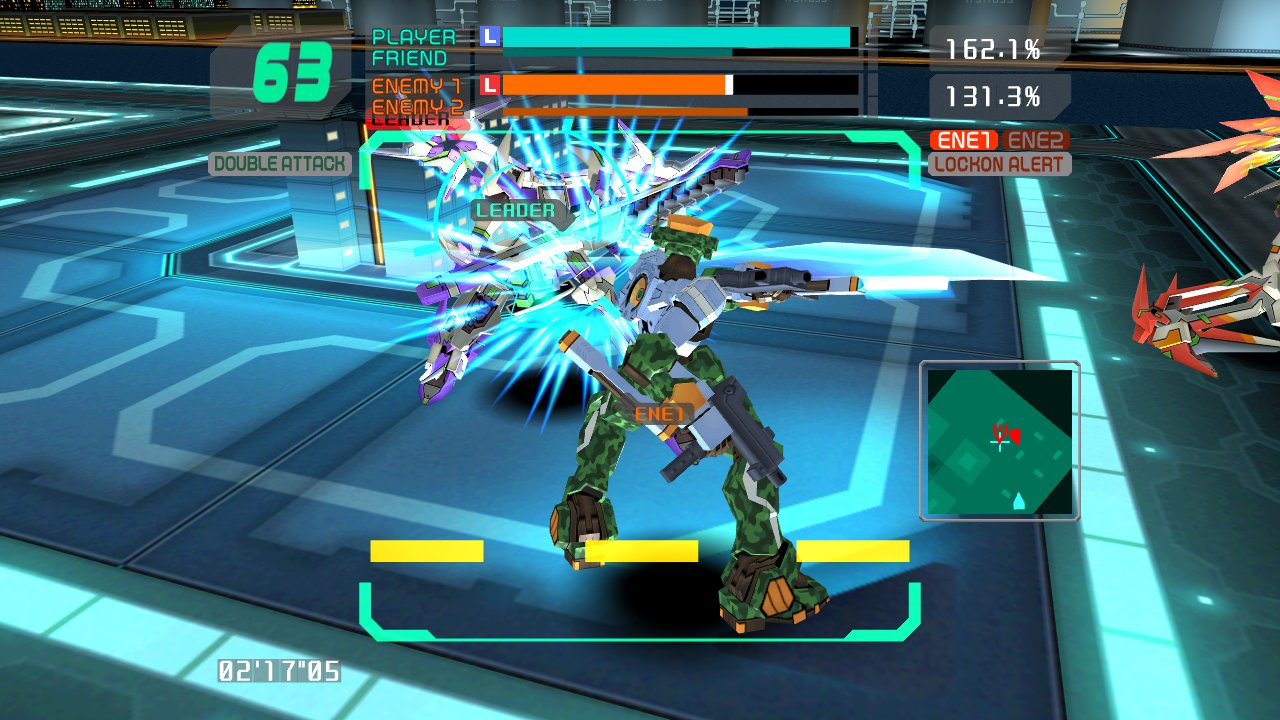 Released originally in arcades and almost a decade later on Xbox 360, both exclusively in Japan and East Asia, Virtual On Force uses a slightly different graphics engine and gameplay speed. The VR’s models are more detailed and composed of less polygons, and the arenas more varied and offer tons of strategic positions. The game’s catch is the inclusion of four player battles (hence the “4” in the logo) and pits teams of 2-on-2 in deathmatch type engagements. There’s also a system that lets gamers save their VR data on cards and carry them around.

A revamped version was published on the PlayStation 2 under the name Virtual On Marz, though the arcade game itself was later ported to the Xbox 360 in Japan.