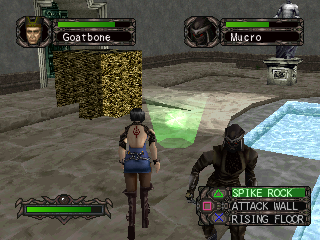 The first Deception wasn’t exactly a raging success. Still, either gathered enough of a following to warrant a sequel, or Tecmo just knew that a good thing deserved improvement. Kagero, known as Deception II everywhere except Japan, kicked off a trend that continued throughout the rest of the games – a female protagonist. In many ways, it plays off the same kind of horror movie tropes found in the Clock Tower series, being that you’re a woman unable to directly confront their attackers. It inverts them, though, by essentially turning the tables and killing them in cruel with more strategic methodology, gracefully fulfilling the femme fatale archetype. The fancy, gothic outfits also makes it easier to market to the male gaming audience, which indeed helped the series a great deal.

The story Deception II focuses around the machinations of an immortal race called the Timenoids, or “TMD”, and an innocent girl pulled into their conflicts with humankind. As with the first game, you take the role of someone who at first has no business killing anyone, and soon takes to it like a gremlin to sabotage.

The silent protagonist. Millennia can be renamed if the player desires, but this is considered her canon name. She is likely the most recognizable of Deception characters, as she’s appeared in other Tecmo games.

Vocal is introduced as Millennia’s mother. Unlike her, Vocal is a Timenoid. Vocal is the one who introduces Millennia to the world of murder and mayhem.

A mysterious TMD, here seen from the neck down, who gives Vocal her orders, who in turn assigns them to Millenia.

Some poor sap who visits the castle of the TMD, and winds up being Millenia’s first victim. This eventually leads to every human on the planet wanting her dead.

A member of the human military, who seems neither as stupid nor as heartless as his Millennia-stalking counterparts.

A priest who gives Keith his orders, who seems to be full of ulterior motives. 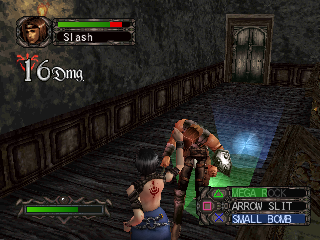 Overall, Deception II‘s cast is given more development than that of the first game’s. They all have their own bios with tidbits about their background and reasons for investigating the castle. They also all have one thing in common: most of them will die.

The basics established in the first game are the same. You still place traps, and use them to kill stupid people. There are over fifty traps in this entry, including all of the upgraded versions. Some of the new ones include boulders to roll over enemies, arrows that are shot out of walls, and perhaps the most fun, spring floors, which can launch enemies across the room. Many of these can be used to form more devious combos, and thus rank up higher points.

The visuals have been improved substantially, so there is a bit more variety and style to the methods of killing. The areas no longer look like rigid rectangular rooms, and even includes slopes and stairways, adding for a bit of verticality. The big change is the shift to a more traditional third person perspective, but the movement is still a bit clunky and the camera, which follows closely behind Millenia, is not great. 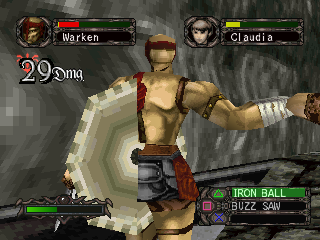 Deception II also lets Millennia get something of a personality by interacting with her victims. Depending on her answers, she can sometimes show compassion, or turn into a completely remorseless killer. The multitude of paths and endings give Kagero a fair amount of replay value, some of which are quite sadistic. One of them also implies that the game is a prequel to the first Deception.

The options of profiting from the death of victims isn’t as flavored as it was in the first Deception, however. Instead, you just rack up Ark based on how effective (or complete) a killer Millennia was, and use the spoils to make better killing machines. The trap creation system hasn’t changed much either, and doesn’t often the course of the series. To get better varieties of traps, it’s often required to purchase the early versions. Without Mega Rock, you can’t get the much stronger Volt Rock, for example. The game offers a handy guide for this purpose.

While Deception II lacks the customizable castle of the first game, it makes up for it by taking place in several different locations, each with a wide variety of built-in traps to vault victims into your own, or vice-versa. The predesigned maps make a strategy easy to plan out in advance. It also only takes a single memory card block this time. Some other aspects have been removed too, like the monsters and masks.

Like any good sequel, Deception II is worth pursuing for what it brings to the table, even if you miss the unique qualities of the first. There’s still plenty fun to be had.

In Japan, there was also a mobile phone game based on Kagero. It was released in two episodes, with the added subtitle “Destiny”, and uses pixel art with a quarter view instead of 3D graphics. 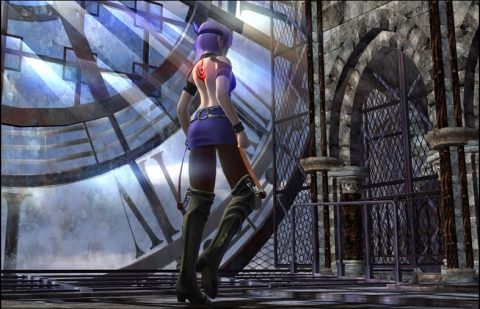 The second game in a certain Tecmo survival horror series decided to show Kagero some love. Fatal Frame, aka Project Zero, offers a Millennia costume as an unlockable after clearing the game. One of Ayane’s costumes in Dead or Alive 2 is also based on Millennia. And while not directly a reference to Millenia, Seuzo, one of the monsters from Monster Rancher, is available as one of the unlockable traps.